Introduction to the Metaphysics of the Secret Doctrine 3/3 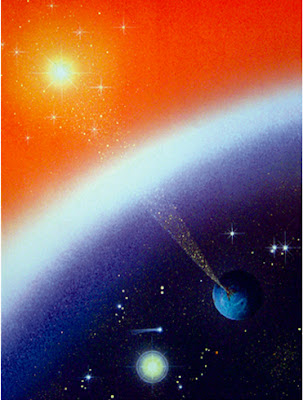 Another term for Cosmic Ideation is Divine Thought, which becomes the third major principle. Divine Thought is far higher than human thinking and is considered in terms of a transcendent, absolute wisdom, more akin to the human faculty of intuition:

Cosmic Ideation, MAHAT or Intelligence, the Universal World-Soul; the Cosmic Noumenon of Matter, the basis of the intelligent operations in and of Nature, also called MAHA-BUDDHI. (SD I, 16). (SD I, 1-2 Fn).

Mahat (Sk.). Lit., “The great one”. The first principle of Universal Intelligence and Consciousness. In the Purânic philosophy the first product of root-nature or Pradhâna (the same as Mulaprakriti); the producer of Manas the thinking principle, and of Ahankâra, egotism or the feeling of “I am I” (in the lower Manas) (Theosophical Glossary).

Cosmic Ideation, Universal Mind and the Indian term Mahat are prevalent equivalent terms, although not given elaborate explanations. Three general definitions are given:

a-Divine Thought in an abstract sense is difficult to define. It can be spiritually sensed in the manifested world, and described as the source and determining factor over substance, hence considered as a Deity at the most abstract and transcendent, the Unknown Deity (SD I, 327).

b-Therefore when all forms of substance have been dissolved, mind is said to no longer have any existence. Not that it is completely annihilated, but rather in the sense that it would be difficult to predicate anything of it (SDI, 329).

a- It can be called the unconsciousness source of all consciousness, hence the term unconsciousness purposiveness can be used to describe it’s role as an active guiding force in nature.  (SDI, 327-28) (SD1 281).

b-  Individual human consciousness as sentient cognitive rationality is a good example of Cosmic Ideation at a microcosmic level. (SDI, 329).

C- Source of the Kosmos

a-We can say positively that the whole cosmos has effectively sprung from the Divine Thought, which is co-eternal with the One Reality:

“The one prevailing, most distinct idea — found in all ancient teaching, with reference to Cosmic Evolution and the first “creation” of our Globe with all its products, organic and inorganic (strange word for an Occultist to use) — is that the whole Kosmos has sprung from the divine thought. This thought impregnates matter, which is co-eternal with the one reality; and all that lives and breathes evolves from the emanations of the oneImmutable — Parabrahm = Mulaprakriti, the eternal one-root. The former of these is, so to say, the aspect of the central point turned inward into regions quite inaccessible to human intellect, and is absolute abstraction; whereas, in its aspect as Mulaprakriti — the eternal root of all, — it gives one some hazy comprehension at least of the Mystery of Being” (SDI, 340).

b- This absolute Omniscience and Intelligence is omnipresent throughout the entire universe (SD1, 277).

c-From the ideal  perspective, it is timeless and immutable. In terms of its body, all of cosmic manifestation, it is ever-evolving (SDI, 2-3). 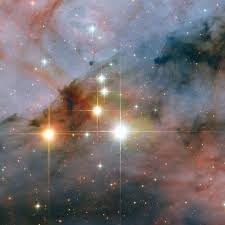 a-The notion of Akasa incubated by the Divine Spirit which gives rise to Matter & Life, Force & Action through the agency of Fohat indicates how Primordial Substance can be understood in terms of electricity, magnetism, heat, light,  and chemical action (SDI, 333).

b-From a more energetic aspect, Primordial Substance can be equated with the Soul of the World and its lower aspect of Ether is now considered, equated with the idea of the living Fire, a kind of cosmic principle of Fire as source of electro-magnetic energy (SDI, 338) (SDI, 338).

c- The Ideas of Divine Thought get impressed on Cosmic Substance as laws of nature with the agency of Fohat. Fohat, the dynamic energy of cosmic ideation,  is an animating principle, a link between Spirit and Matter. The Secret Doctrine gives various elaborations on the nature of Fohat:

“This something, at present unknown to Western speculation, is called by the occultists Fohat. It is the “bridge” by which the “Ideas” existing in the “Divine Thought” are impressed on Cosmic substance as the “laws of Nature.” Fohat is thus the dynamic energy of Cosmic Ideation; or, regarded from the other side, it is the intelligent medium, the guiding power of all manifestation, the “Thought Divine” transmitted and made manifest through the Dhyan Chohans, the Architects of the visible World. Thus from Spirit, or Cosmic Ideation, comes our consciousness; from Cosmic Substance the several vehicles in which that consciousness is individualised and attains to self — or reflective — consciousness; while Fohat, in its various manifestations, is the mysterious link between Mind and Matter, the animating principle electrifying every atom into life” (SDI, 16).

d- The Dhyan-Chohans guide the constructive energy of Fohat according the Ideation of the Universal Mind (SD1, 280).

b-The formation of the elements then begin. These elements are the Builders that fashion the cosmic systems following the plan traced out for them in Divine Thought (SDI, 339) (SD1, 279).

c-Through the Creative Brahma, via the Mundane Egg spring the Seven Prakritis (Natures), forming the seven levels of reality (SDI, 335).

d-The passage below gives a succinct and eloquent summary of what has been discussed, the first, second, third, and fourth principles coalesce into a sevenfold evolutionary process:

“Manvantaric impulse commences with the re-awakening of Cosmic Ideation (the “Universal Mind”) concurrently with, and parallel to the primary emergence of Cosmic Substance — the latter being the manvantaric vehicle of the former — from its undifferentiated pralayic state. Then, absolute wisdom mirrors itself in its Ideation; which, by a transcendental process, superior to and incomprehensible by human Consciousness, results in Cosmic Energy (Fohat). Thrilling through the bosom of inert Substance, Fohat impels it to activity, and guides its primary differentiations on all the Seven planes of Cosmic Consciousness.

There are thus Seven Protyles (as they are now called), while Aryan antiquity called them the Seven Prakriti, or Natures, serving, severally, as the relatively homogeneous basis, which in the course of the increasing heterogeneity (in the evolution of the Universe) differentiate into the marvellous complexity presented by phenomena on the planes of perception. The term “relatively” is used designedly, because the very existence of such a process, resulting in the primary segregations of undifferentiated Cosmic Substance into its septenary bases of evolution, compels us to regard the protyle of each plane as only a mediate phase assumed by Substance in its passage from abstract, into full objectivity” (SDI, 328). 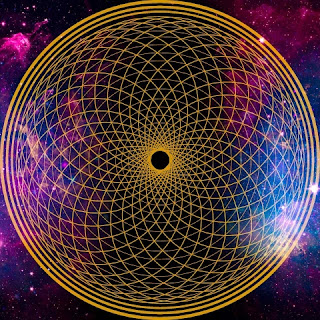 a-Theosophical cosmology embraces atomic theory, accepting an esoteric interpretation of the theories of Leucippus, Democritus, Epicurus and Lucretius positing a principle of affinity to the lateral motion of atoms and adds a notion of latent force giving impulse to the atoms (SDI, 2) (SDI,  343).

b-The creation of the universe is holistic; the microcosmic process of atoms is similar to the macrocosmic creation of planets, produced by a centre of cosmic energy (SDI, 11fn).

c-The term Monad is used to designate the sixth and seventh human principles. There is a microcosmic correlation of the Monad with the Universal Spirit, which entails an evolutionary process of emanation and ultimate absorption integrated in the process of cosmic evolution (SDI, 18fn).

7- Evolution from within to outwards.

a- The universe is guided by an internal evolutionary impulse  (SD I, 11 fn).

b- This inward impulse is guided, controlled, and animated by almost endless series of Hierarchies of sentient Beings (SD1, 274).

c- Hence the whole order of nature evinces a progressive march towards a higher life  (SD1, 277).