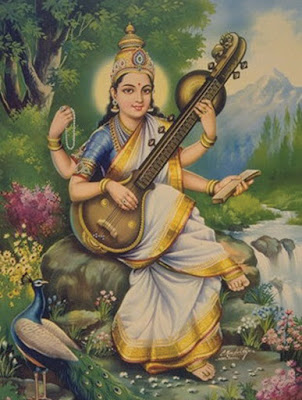 Blavatsky gives a number of terms to designate Theosophy, including some oriental equivalents. One she gives is Gupta Vidya as per the following eloquent, poetic description:
The great science, called by the vulgar “magic,” and by its Eastern proficients Gupta-Vidya, embracing as it does each and every science, since it is the acme of knowledge, and constitutes the perfection of philosophy, is universal; hence—as very truly remarked cannot be confined to one particular nation or geographical locality.
But, as Truth is one, the method for the attainment of its highest proficiency must necessarily be also one. It cannot be subdivided, for, once reduced to parts, each of them, left to itself, will, like rays of light, diverge from, instead of converging to, its centre, the ultimate goal of knowledge; and these parts can re-become the Whole only by collecting them together again, or each fraction will remain but a fraction.
He is at one and the same time a Chaldaean Sage, a Persian Magi, a Greek Theurgist, an Egyptian Hermetist, a Buddhist Rahat, and an Indian Yogi. He has collected into one bundle all the separate fractions of Truth widely scattered over the nations, and holds in his hands the One Truth, a torch of light which no adverse wind can bend, blow out or even cause to waver. Not he the Prometheus who robs but a portion of the Sacred Fire, and therefore finds himself chained to Mount Caucasus for his intestines to be devoured by vultures, for he has secured God within himself, and depends no more on the whim and caprice of either or evil deities.”
(HPB CW 3, 266-68 - MADAME BLAVATSKY ON “THE HIMALAYAN BROTHERS” [The Spiritualist, London, August, 12, 1881])
Gupta means secret, Vidya means knowledge.  A similar term is guhya-vidya [ guhyavidyA ] meaning knowledge of Mantras or mystical incantations. (see Vishnu Purana. i, 9, 117; see also the Theosophical Glossary). Chapter 9 of the Gita  is titled Raja-Vidhya Yoga or the Raja-Guhya Vidhya. Etymologically, the term Vidya gives the Greek verb, to know, and in English, wisdom (Monier Williams, Sanskrit Lexicon):
Elsewhere she outlines four types of Gupta-Vidya: “There are four (out of the many other) names of the various kinds of Esoteric Knowledge or Sciences given, even in the esoteric Purânas. There is
(1) Yajna-Vidya,1 knowledge of the occult powers awakened in Nature by the performance of certain religious ceremonies
(2) Maha-vidya, the "great knowledge," the magic of the Kabalists and of the Tantrika worship, often Sorcery of the worst description.
(3) Guhya-Vidya, knowledge of the mystic powers residing in Sound (Ether), hence in the Mantras (chanted prayers or incantations) and depending on the rhythm and melody used; in other words a magical performance based on Knowledge of the Forces of Nature and their correlation; and
(4) ATMA-VIDYA, a term which is translated simply "knowledge of the Soul," true Wisdom by the Orientalists, but which means far more.
This last is the only kind of Occultism that any theosophist who admires Light on the Path, and who would be wise and unselfish, ought to strive after.”(Occultism versus the Occult Arts, Lucifer, May, 1888)
Another term she uses is Brahma Vidya ((Mahabharata V. 30: “This weapon of Brahma is the science of Brahma or of the Veda. This choice of a boon  seeks the removal of all obstacles  to the attainment of divine knowledge.” See also the Brahmavidyā Upanishad): “Theosophy is the equivalent of Brahm-Vidya, divine knowledge” (Key, sect. 1 fn 1). A more expanded explanation is given elsewhere:

“Theosophy is synonymous with the Jnana-Vidya, and with the Brahma-Vidya (1) of the Hindus, and again with the Dzyan of the trans-Himalayan adepts, the science of the true Raj-Yogis, who are much more accessible than one thinks. This science has many schools in the East. But its offshoots are still more numerous, each one having ended by separating itself from the parent stem — the true Archaic Wisdom — and changing its form. (THE BEACON OF THE UNKNOWN La Revue Théosophique, Paris, Vol. I, Nos. 3,4,5,6; May 21 , 1889, pp. 1-9; June 21, 1889; pp. 1-7; July 21, 1889, pp. 1-6; August 21, 1889, pp. 1-9] CW 11, p.256
Blavatsky tends to relate Theosophy as a western term to Neoplatonism, and there is an early Neoplatonic text that relates the term Theosophy to Indian sources, Porphyry’s lengthy treatise On the Abstinence from Animal Foods
“In the land of Hindus, divided in many ethnicities exists the ilk of theosophos, and the Greeks are accustomed referring to them as gymnosophists ["naked philosophers”]. There are two sects of gymnosophists, one is headed by the Brahmans the others by the Shramana[5] (śramana). While Brahmans maintain the hereditary succession of Theosophia [Theosophy] - exactly as happens with priesthood - the Shramana comprises a social category composed by those who want to practice Theosophia [Theosophy].” [6] («Περí Αποχής Εμψύχων» 17, π 237, β. 4) 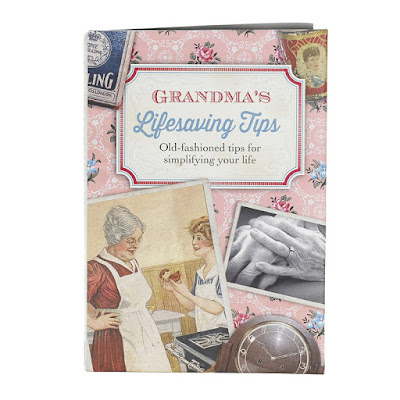 For those aspirants seeking initiation into the mysteries of household management, this book will reveal plenty of the arcane secrets thereof. In today’s attention deficit, instant gratification, high-tech, ultra-processed, automated, asceptic world, what use is this simple, quaint old-fashioned collection of traditional household maintenance methods and tips? You’ll be surprised at how timeless and relevant these old bits of practical wisdom can be.
1- Organizing the Chaos
The first chapter and possible the most important concerns organization and many creative and inventive selections are proposed to control the clutter and keeps things running smoothly.
2- Wardrobe Rescue
Of course clothes care is essential and all aspects of the tricky business of clothing maintenance, storage, cleaning and repair are covered.
3- High Days & Holidays
Holidays and parties add such zest and gaiety to one’s home life and this chapter shows how to save time and money without sacrificing the fun.
4- Kitchen Calm
Of course the kitchen, often considered the very heart of the home, is given the caring consideration it so richly deserves; and the variety of long-term food preparation methods is most impressive indeed.
5- Housework SOS
The difficult problem of housecleaning is tackled with uncompromising frankness and it is amazing how many low-cost, natural cleaning solutions there are. The versatility of vinegar is shown to be mind-blogging.
6- Household Purse
Of course budgeting finances is key and Grandma shares very helpful and shrewd ways to cut costs and stretch the dollar.
7- Getting to Grips with the Garden
Gardening is given a high priority in the household activities, (and rightly so) and the author gives experienced advice.
8- Sprucing up the House
The esthetic aspect is not neglected; this fun chapter on decorating is both practical and creative.
9- Reusing & Recycling
Nowadays we talk about the need to implement more ecological practices; but back in the day, respect for the environment was a fully integrated part of the program.  The possibilities for thrift are a key focus and this chapter on recycling contains deeply ecological, environment-saving advice.
10 You & Yours
With all the hustle and bustle of home management, personal care should not be neglected and so the final chapter has a wonderful array of surprisingly simple recipes to relax, refresh, soothe and regenerate the body and soul.
Household management is key for a well-balanced life and the wealth of information and wisdom in this book gives one some solid tools for building a quality home life. Kudos to seagulls.net for an elegant retro design. 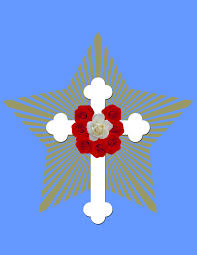 1. Love God above all.
To “love God” means to love wisdom and truth. We can love God in no other way than in being obedient to Divine law; and to enable us to exercise that obedience conscientiously requires knowledge of the law, which can only be gained by practice.
2. Devote your time to your spiritual advancement.
As the sun without leaving his place in the sky sends his rays upon the earth to shine upon the pure and the impure, and to illuminate even the most minute material objects with his light; likewise the spirit of man may send his mental rays to obtain knowledge of all terrestrial things; but there is no need that the spirit should thereby lose its own divine self-consciousness, and be itself absorbed by the objects of its perception.
3. Be entirely unselfish. Spiritual knowledge begins only where all sense of self ceases.
Where the delusion which causes man to imagine himself to be a being separated and isolated from all others ends, there he begins to realize his true state as an all-embracing universal and divine self-conscious power.
4. Be temperate, modest, energetic, and silent.
The door to the inner temple is called “Contentement”; but no animal can enter therein, only he who walks uprightly, being conscious of his true dignity as a human being. Without energy, nothing can be accomplished; and only in the silence, when all thoughts and desires are at rest, can the Divine harmonies penetrate to the internal ear.
5. Learn to know the origin of the METALS contained within thyself.
Ignorance is the cause of suffering. That which is material must be crucified and die, so that that which is spiritual may be resurrected and live.
6. Beware of quacks and pretenders.
He who claims to be in possession of knowledge knows nothing; only he through whom the Word of wisdom speaks is wise.
7. Live in constant adoration of the highest good.
The worm seeks for pleasure among abomination and filth; but the free eagle spreads his wings and rises up towards the sun.
8. Learn the theory before you attempt the practice.
He who travels with a trustworthy guide will be safer than he who refuses to profit by the experience of another.
9. Exercise charity towards all beings.
All beings are one in the spirit; divided from each other merely by the illusion of form. He who is charitable towards another form in which the universal One Life is manifest, saves suffering to his own self.
10. Read the ancient books of wisdom.
Books are to the unripe mind that which the mother’s milk is to the nursling. We must receive drink from others until we have gained sufficient strength and experience to descend to the living fountain within ourselves, and to draw from there the water of truth.
11. Try to understand their secret meaning.
That which is external may be seen with the external eye; but that which is spiritual can only be seen with the eyes of the spirit.
(From In the Pronaos of the Temple of Wisdom, Chapter 7, 1890)
Posted by Mark Casady at 09:12 No comments: