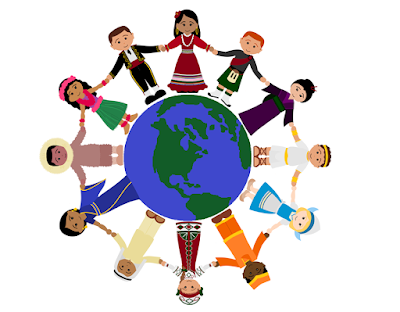 This post is uber-basic. Most of the quotes are very-well known ; (googling virtually any sentence in this post will yield a plethora of fine expositions), the only claim to originality being perhaps the particular combination in which this nosegay was assembled:
1-The Theosophical project aims to develop a universal system of ethics based on comparative studies:


The chief aim of the Founders of the Eclectic Theosophical School was one of the three objects of its modern successor, the Theosophical Society, namely, to reconcile all religions, sects and nations under a common system of ethics, based on eternal verities. (Blavatsky, Key to Theosophy, p.3)
2-Consulting the great ethical teachings of history from different traditions is important:
The ethics are there, ready and clear enough for whomsoever would follow them. They are the essence and cream of the world's ethics, gathered from the teachings of all the world's great reformers. Therefore, you will find represented therein Confucius and Zoroaster, Laotze and the Bhagavat-Gita, the precepts of Gautama Buddha and Jesus of Nazareth, of Hillel and his school, as of Pythagoras, Socrates, Plato, and their schools.key (Key, 48-49)


3-The key aspect of its ethical approach is the relief of human suffering and anything that is helpful in improving the human condition:

Its aims are several; but the most important of all are those which are likely to lead to the relief of human suffering under any or every form, moral as well as physical. And we believe the former to be far more important than the latter. Theosophy has to inculcate ethics; it has to purify the soul, if it would relieve the physical body, whose ailments, save cases of accidents, are all hereditary. (Key,24)

Nothing of that which is conducive to help man, collectively or individually, to live--not "happily"--but less unhappily in this world, ought to be indifferent to the Theosophist-Occultist. It is no concern of his whether his help benefits a man in his worldly or spiritual progress; his first duty is to be ever ready to help if he can, without stopping to philosophize.

Theosophists are of necessity the friends of all movements in the world, whether intellectual or simply practical, for the amelioration of the condition of mankind. We are the friends of all those who fight against drunkenness, against cruelty to animals, against injustice to women, against corruption in society or in government, although we do not meddle in politics. We are the friends of those who exercise practical charity, who seek to lift a little of the tremendous weight of misery that is crushing down the poor. (Letter I — 1888 Second Annual Convention — April 22-23, CW 9:247)

4-A practical, ‘practice what you preach’ approach is stressed, with a duty-based aspect in a spirit of tolerance, charity and love:

"Theosophy must not represent merely a collection of moral verities, a bundle of metaphysical Ethics epitomized in theoretical dissertations. Theosophy must be made practical, and has, therefore, to be disencumbered of useless discussion . . . It has to find objective expression in an all-embracing code of life thoroughly impregnated with its spirit -- the spirit of mutual tolerance, charity and love. Its followers have to set the example of a firmly outlined and as firmly applied morality before they get the right to point out, even in a spirit of kindness, the absence of a like ethic Unity and singleness of purpose in other associations and individuals.

As said before -- no Theosophist should blame a brother whether within or outside of the association, throw slur upon his actions or denounce him {….} lest he should himself lose the right of being considered a theosophist. Ever turn away your gaze from the imperfections of your neighbour and centre rather your attention upon your own shortcomings in order to correct them and become wiser . . . Show not the disparity between claim and action in another man but -- whether he be brother or neighbour -- rather help him in his arduous walk in life . . .

The problem of true theosophy and its great mission is the working out of clear, unequivocal conceptions of ethic ideas and duties which would satisfy most and best the altruistic and right feeling in us; and the modelling of these conceptions for their adaptation into such forms of daily life where they may be applied with most equitableness . . . . Such is the common work in view for all who are willing to act on these principles. It is a laborious task and will require strenuous and persevering exertion, but it must lead you insensibly to progress and leave no room for any selfish aspirations outside the limits traced . . . . . Do not indulge in unbrotherly comparisons between the task accomplished by yourself and the work left undone by your neighbour or brother, in the field of Theosophy, as none is held to weed out a larger plot of ground than his strength and capacity will permit him . . . Do not be too severe on the merits or demerits of one who seeks admission among your ranks, as the truth about the actual state of the inner man can only be known to, and dealt with justly by KARMA alone. Even the simple presence amidst you of a well-intentioned and sympathising individual may help you magnetically . . . You are the Free-workers on the Domain of Truth, and as such, must leave no obstructions on the paths leading to it." . . .

5-A developmental approach of moral elevation, striving for self-improvement to the best of one’s ability is an important aspect:

ENQUIRER. Is moral elevation, then, the principal thing insisted upon in your Society?
THEOSOPHIST. Undoubtedly! He who would be a true Theosophist must bring himself to live as one.
ENQUIRER. If so, then, as I remarked before, the behaviour of some members strangely belies this fundamental rule.
THEOSOPHIST. Indeed it does. But this cannot be helped among us, any more than amongst those who call themselves Christians and act like fiends. This is no fault of our statutes and rules, but that of human nature. Even in some exoteric public branches, the members pledge themselves on their "Higher Self" to live the life prescribed by Theosophy. They have to bring their Divine Self to guide their every thought and action, every day and at every moment of their lives. A true Theosophist ought "to deal justly and walk humbly." (Key, 52)

6-The spiritual aspect of ethics is considered essential and the doctrines of karma and reincarnation are key facets of the ethical perspective:

What I said last year remains true today, that is, that the Ethics of Theosophy are more important than any divulgement of psychic laws and facts. The latter relate wholly to the material and evanescent part of the septenary man, but the Ethics sink into and take hold of the real man — the reincarnating Ego. We are outwardly creatures of but a day; within we are eternal. Learn, then, well the doctrines of Karma and Reincarnation, and teach, practice, promulgate that system of life and thought which alone can save the coming races. Do not work merely for the Theosophical Society, but through it for Humanity. (Letter III — 1890 - Fourth Annual Convention — April 27-28, CW 12, 156))

7-A kind of spiritual evolutionary humanist philosophy is considered fundamental to improving the human condition:

The function of Theosophists is to open men's hearts and understandings to charity, justice, and generosity, attributes which belong specifically to the human kingdom and are natural to man when he has developed the qualities of a human being. Theosophy teaches the animal-man to be a human-man; and when people have learnt to think and feel as truly human beings should feel and think, they will act humanely, and works of charity, justice, and generosity will be done spontaneously by all. (Letter I — 1888 Second Annual Convention — April 22-23, CW 9, 247)