Blavatsky on the Arba-il or Sacred Four - Part 1 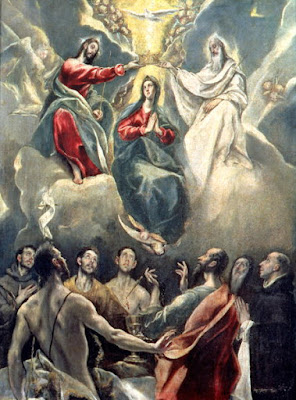 Segueing from a reference in the previous post, the following post will not deal with the area of theosophical metaphysics, but will be a more anthropological and textual analysis of the term Arba-il (aka Sacred Four, Mystic Four, Quaternary, Upper Tetraktys - not to be confused with the lower quaternary or the guardians of the four directions) and the comparative religious aspects therein. For an explanation of the metaphysical concept, see the Secret Doctrine, Vol. I, Stanza 2.4 (pp.59-60).

Here's a somewhat cryptic passage from the SD, p. 337 (Primordial Substance and Divine Thought) (It gets repeated, somewhat clearer, on p. 447 and is actually taken from from Isis Unveiled, vol. 2, p.272):

In the Sepher Jezireh, the Kabalistic Book of Creation, the author has evidently repeated the words of Manu. In it, the Divine Substance is represented as having alone existed from the eternity, boundless and absolute; and as having emitted from itself the Spirit.* “One is the Spirit of the living God, blessed be Its name, which liveth for ever! Voice, Spirit, and Word, this is the Holy Spirit;”† and this is the Kabalistic abstract Trinity, so unceremoniously anthropomorphised by the Christian Fathers. From this triple One emanated the whole Kosmos. First from One emanated number Two, or Air (the Father), the creative element; and then number Three, Water (the Mother), proceeded from the air; Ether or Fire completes the mystic four, the Arba-il.‡ “When the Concealed of the Concealed wanted to reveal Himself, he first made a point (primordial point, or the first Sephiroth, air, or Holy Ghost), shaped into a sacred form (the ten Sephiroth, or the Heavenly man), and covered it with a rich and splendid garment, that is the world.”§
Footnote(s) ———————————————
* The manifested Spirit; Absolute, Divine Spirit is one with absolute Divine Substance: Parabrahm and Mulaprakriti are one in essence. Therefore, Cosmic Ideation and Cosmic Substance in their primal character are one also. † “Sepher Jezireh,” chap. 1, Mishna ix. ‡ Ibid. It is from Arba that Abram is made to come. § “Sohar,” I., 2a.

The Aramaic term, Arba-il, is somewhat mysterious, Westcott, a learned Kabbalist mason, provided a definition in Blavatsky’s posthumous Theosophical Glossary: Arba-il (Chald.). The Four Great Gods. Arba is Aramaic for four, and il is the same as Al or El. Three male deities, and a female who is virginal yet reproductive, form a very common ideal of Godhead. [w.w.w.] The term can be found in Thomas Inman’s Ancient Faiths (an author Blavatsky speaks highly of): https://books.google.ca/books?id=HIEBAAAAQAAJ&q=arba#v=snippet&q=arba&f=false

Inman, on page 279, references the Arba-il to Henry Rawlinson, known as the father of Assyriology, in an 1864 paper, "Bilingual Readings—Cuneiform and Phœnician. Notes on some Tablets in the British Museum, containing Bilingual Legends (Assyrian and Phœnician)".

Blavatsky develops the concept in her own way in Isis Unveiled¸vol. 2 (p. 170 et seq.) relating it to the Pythagorean upper Tetraktys, giving a more spiritual interpretation than the materiatelistic explanations of Inman and Rawlinson:
http://www.theosociety.org/pasadena/isis/iu2-04.htm

Below is a brief summary chart of some of the examples of the Arba-il that HPB gives:

The concept is somewhat obscure, but one can find more examples. For example, from India, a more obvious example perhaps, there's the grouping of Brahma, Visnu and Siva with Devi-Mahatmya: Without Her force, no body would be able even to more their limbs. That Supreme Auspicious Goddess is the preserving energy of Visnu, is the Creative power of Brahma, and is the destroying force of Siva. (Devi-Mahatmya 3. 30. 28-30)
The image above is an example from Christian theology: The Coronation of the Virgin by El Greco (1541 – 1614). Oil on canvas. 90 x 100 cm c.1592-1605? Prado, Madrid, Spain
In part two more examples will be examined. Part 2
PS. A nice recent article on the Sacred Four:
http://prajnaquest.fr/blog/the-sacred-four-and-the-emanation-of-the-primordial-seven/
Posted by Mark Casady at 09:54