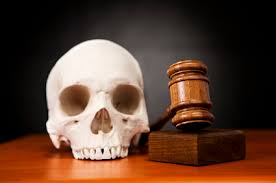 If one believes in reincarnation and is aware of certain occult aspects of the after-life processes, what about capital punishment? What happens to a person so treated?  Apparently the repercussions have rather dire consequences. The following extracts from one of Judge's better known articles deal with this topical question:


From ignorance of the truth about man's real nature and faculties and their action and condition after bodily death, a number of evils flow. The effect of such want of knowledge is much wider than the concerns of one or several persons. Government and the administration of human justice under man-made laws will improve in proportion as there exists a greater amount of information on this all-important subject. When a wide and deep knowledge and belief in respect to the occult side of nature and of man shall have become the property of the people then may we expect a great change in the matter of capital punishment.
But even though those of the second class are not by intention enemies of Society, as are the others, they too before their execution may have their anger, resentment, desire for revenge and other feelings besides remorse, all aroused against Society which persecutes them and against those who directly take part in their trial and execution. The nature, passions, state of mind and bitterness of the criminal have, hence, to be taken into account in considering the question. For the condition which he is in when cut off from mundane life has much to do with the whole subject.
All the modes of execution are violent, whether by the knife, the sword, the bullet, by poison, rope, or electricity. And for the Theosophist the term violent as applied to death must mean more than it does to those who do not hold theosophical views. For the latter, a violent death is distinguished from an easy natural one solely by the violence used against the victim. But for us such a death is the violent separation of the man from his body, and is a serious matter, of interest to the whole state. It creates in fact a paradox, for such persons are not dead; they remain with us as unseen criminals, able to do harm to the living and to cause damage to the whole of Society.


What happens? All the onlooker sees is that the sudden cutting off is accomplished; but what of the reality? A natural death is like the falling of a leaf near the winter time. The time is fully ripe, all the powers of the leaf having separated; those acting no longer, its stem has but a slight hold on the branch and the slightest wind takes it away. So with us; we begin to separate our different inner powers and parts one from the other because their full term has ended, and when the final tremor comes the various inner component parts of the man fall away from each other and let the soul go free. But the poor criminal has not come to the natural end of his life. His astral body is not ready to separate from his physical body, nor is the vital, nervous energy ready to leave. The entire inner man is closely knit together, and he is the reality. I have said these parts are not ready to separate - they are in fact not able to separate because they are bound together by law and a force over which only great Nature has control.
When then the mere physical body is so treated that a sudden, premature separation from the real man is effected, he is merely dazed for a time, after which he wakes up in the atmosphere of the earth, fully a sentient living being save for the body. He sees the people, he sees and feels again the pursuit of him by the law. His passions are alive. He has become a raging fire, a mass of hate; the victim of his fellows and of his own crime. Few of us are able, even under favorable circumstances, to admit ourselves as wholly wrong and to say that punishment inflicted on us by man is right and just, and the criminal has only hate and desire for revenge.
The Theosophist who believes in the multiple nature of man and in the complexity of his inner nature, and knows that that is governed by law and not by mere chance or by the fancy of those who prate of the need for protecting society when they do not know the right way to do it, relying only on the punitive and retaliatory Mosaic law - will oppose capital punishment. He sees it is unjust to the living, a danger to the state, and that it allows no chance whatever for any reformation of the criminal.

image thanks to thelibertarianrepublic.com
Posted by Mark Casady at 10:41 No comments: 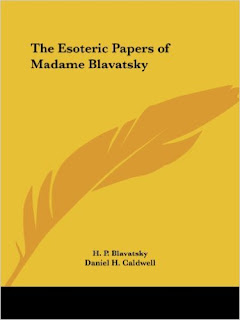 Blavatsky’s Esoteric Instructions have had a complicated history – three pamphlets were distributed privately in her lifetime and two more based on notes from her classes posthumously. The three pamphlets and different class notes were included in the posthumous Secret Doctrine Vol. 3 in 1897. The SD3 went on to become probably HPB’s most influential work, the complex, challenging, eloquent erudition of her other writings having noticeably less influence than the more direct, straightforward and explicit texts  that make up these writings. They had a marked influence on C.W. Leadbeater, Alice Bailey and a host of writers in the new age/popular occult vein (That is not to say that new age interpretations are an accurate representation of the originals, more of a vulgarization). For complicated reasons, the SD3 went out of print in 1980 and the instructions reappeared in Blavatsky’s Collected Writings, Vol. 12 and the SD3 was renamed The Esoteric Writings of H.P. Blavatsky. Cambridge University has since issued an edition of the SD3. The Theosophical Publishing House has recently released a new stand-alone version entitled Esoteric Instructions (without the additional SD3 material). Moreover, Henk Spierenburg edited a collection of private class notes entitled The Inner Group Teachings, with similar and additional material, and there have been other more obscure editions.


Daniel Caldwell’s large 700-page 2004 edition from Kessinger is remarkably complete. Included are facsimile reproductions of the original pamphlets (some 250 pages in all), and an earlier first printing of the first two pamphlets that has slight differences from the subsequent printings. Of particular  note is the inclusion of the rare 6th instruction pamphlet issued in 1900 which contains much little-known material of considerable interest. There is also a reproduction of the ‘Inner Group’ class notes (some 60 pages) and numerous administrative memos, letters and book extracts pertaining to the esoteric section of the Theosophical Society. The only significant omissions being color versions of the diagrams, and some annotations and an historical essay from the Spierenburg book (NB- additional esoteric section material can be found in the SD3 (notes on oral teachings) and Judge's Echoes of the Orient, Vol. 3). Although the variations in page layout give the book a somewhat cluttered appearance, this book contains a cornucopia of new and valuable historical material covering the final period of HPB’s life.
It may be useful to note that it is not advisable to follow practically the ‘Inner Group’ instructions without a competent teacher (which would presumably entail complying with the various rules and pledges included in the instructions) any more than one should follow Hindu or Buddhist Tantric texts practically without a qualified instructor. Moreover, I personally feel that these instructions are best studied as (presumably) originally intended by Blavatsky, as a culmination of the three-volume Secret Doctrine series; in any case, the instructions give numerous references to the first two volumes of the Secret Doctrine, so a certain amount of knowledge of these works is helpful. 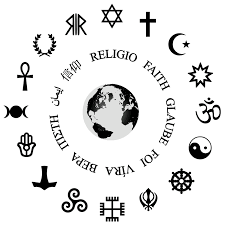 Something that might not be obvious to some is that Blavatsky was not totally against organized religion per se; although she was critical of dogmatism and abuse in organized religion  and was concerned with reforms within those structures; yet she was not one to want to throw the baby out with the bathwater, as it were. She was concerned with the problem of what today we would call fundamentalism, which is why freedom of thought and tolerance were important aspects of her policy. The second quote, I think, is one of her clearest statements on this question:


“Orthodoxy in Theosophy is a thing neither possible nor desirable. It is diversity of opinion, within certain limits, that keeps the Theosophical Society a living and a healthy body, its many other ugly features notwithstanding. Were it not, also, for the existence of a large amount of uncertainty in the minds of students of Theosophy, such healthy divergencies would be impossible, and the Society would degenerate into a sect, in which a narrow and stereotyped creed would take the place of the living and breathing spirit of Truth and an ever growing Knowledge.” First Letter to the American Convention


“Yet the masses could not be allowed to remain without some sort of moral restraint. Man is ever craving for a “beyond” and cannot live without an ideal of some kind, as a beacon and a consolation. At the same time, no average man, even in our age of universal education, could be entrusted with truths too metaphysical, too subtle for his mind to comprehend, without the danger of an imminent reaction setting in, and faith in Gods and Saints making room for an unscientific blank Atheism. No real philanthropist, hence no Occultist, would dream for a moment of a mankind without one tittle of Religion. Even the modern day Religion in Europe, confined to Sundays, is better than none. But if, as Bunyan* put it, “Religion is the best armour that a man can have,” it certainly is the “worst cloak”; and it is that “cloak” and false pretence which the Occultists and the Theosophists fight against. The true ideal Deity, the one living God in Nature, can never suffer in man’s worship if that outward cloak, woven by man’s fancy, and thrown upon the Deity by the crafty hand of the priest greedy of power and domination, is drawn aside." (THE SECRECY OF INITIATES) Blavatsky Collected Writings, Volume 14 Page42
"But so also is the Occultist justified, if he would serve truth and only truth, in rejecting such a onesided view. The student of Occultism must belong to no special creed or sect, yet he is bound to show outward respect to every creed and faith, if he would become an Adept of the Good Law. He must not be bound by the prejudged and sectarian opinions of anyone, and he has to form his own opinions and to come to his own conclusions in accordance with the rules of evidence furnished to him by the Science to which he is devoted. Thus, if the Occultist is, by way of illustration, a Buddhist, then, while regarding Gautama Buddha as the grandest of all the Adepts that lived, and the incarnation of unselfish love, boundless charity, and moral goodness, he will regard in the same light Jesus––proclaiming Him another such incarnation of every divine virtue."  (THE DUTY OF THE TRUE OCCULTIST TOWARD RELIGIONS) Blavatsky Collected Writings, Volume 14 Page 108