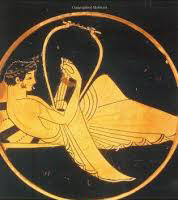 1- Argument from Generation of Opposites (70b-72d)


Presented herein are the four arguments for the immortality of the soul from that classic work on reincarnation, Plato’s Phaedo.
Historical analysis has determined that Socrates’ associates in this dialogue are Pythagoreans, and so there is no need to argue for the belief in reincarnation as it is an accepted belief of Pythagoreanism. Moreover, one notices various allusions to Greek mystery religions, and so one can infer that this dialogue pertains to teachings related to the mysteries of initiation, making this dialogue a kind of philosophical mystery drama.
The first argument begins with the question: Do the souls of the departed exist in another world or not?
Accepting the Pythagorean account of reincarnation, the first premise proposed is:
“The living come into being again from the dead”
We can infer, therefore, that our souls exist in another world because if they did not come from the dead, they would not pre-exist.
And so the task at hand is to prove that the living come from the dead, that this is a necessary law.
To do this, a more general premise is presented:
Everything that is generated (plants, animals, humans) is generated from opposites; for example, when a thing becomes bigger it must have been smaller first.
This theory of opposites is a prevalent notion in Greek natural science; see, for example, Aristotle, Physics book 1. Further examples are given:


Moreover, there are two processes of generation, the first to the second and the second to the first (back and forth and vice versa). For example:


Hence, between each pair of opposites, there are two processes of generation.
We can then assume:
As sleeping and waking are generated opposites that have going to sleep and waking up as a process, so living and dying are generated opposites, the process being dying and coming to life.
And if this is so, then the souls of the dead exist in a place where they are to be reborn.
Furthermore, we can assume that the process of change from opposites must exist in a continuous cycle, or else things would remain static because if there was no waking up, we would always be asleep, and if there was no coming to life, then everything would die away.
One can then infer that since this process never ends, then the soul is immortal.