Based on common ideas in Plotinus' and Seneca's respective essays, "On Providence". ("Karma-Nemesis is the synonym of PROVIDENCE", Blavatsky, SD I, 643) This is more Stoic, hence the focus on practical ethics; it does not integrate reincarnation - we will do another in the future, based on Proclus' writings, where reincarnation and metaphysics will be factored in.


varia: Blavatsky congress in Portugal:
http://heso.ulusofona.pt/esoteric-buddhism-the-buddhist-influence-in-the-work-of-helena-blavatsky/
Posted by Mark Casady at 12:39 No comments:

Plotinus and the Stoics on Providence 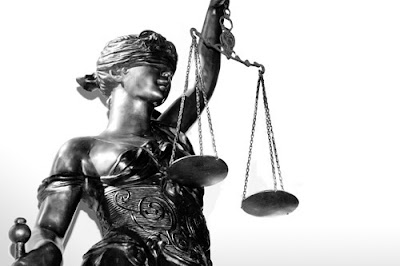 Blavatsky occasionally hints at the connection between the eastern notion of karma and the western notion of providence, clearly favoring the pantheistic pagan concept over the theistic version. (1)
"Karma-Nemesis is the synonym of PROVIDENCE, minus design, goodness, and every other finite attribute and qualification, so unphilosophically attributed to the latter. An Occultist or a philosopher will not speak of the goodness or cruelty of Providence; but, identifying it with Karma-Nemesis, he will teach that nevertheless it guards the good and watches over them in this, as in future lives; and that it punishes the evil-doer -- aye, even to his seventh rebirth"(Sd1 643).
The Greek term for ‘’fate’ is ‘’heimarmene’’, the term for providence is ‘’pronoia’’; and since providence was a major Neoplatonic doctrine, and a prominent theme in ancient philosophy in general, one can find works and fragments by such philosophers as Chrysippus, Nemesius of Ephesa, Apuleuis, Calcidius, Albinus, Pseudo-Plutarch, Alexander of Aphrodisias, Seneca, Epictetus, Cicero, Plotinus, Hierocles, Proclus, Synesius, and Boethius, I would therefore  like to go one step further and claim that karma and providence are equivalent terms. The quotes below show to illustrate this and also how both the Platonic and Stoic schools held similar views on this idea:

(1) Although this  probably refers to more popular theological notions. Note that Wayne J. Hankey gives the following points of agreement between Iamblichus, Proclus, Boethius, Dionysius, and Thomas Aquinas regarding providence:


1) theodicy, under the form of the question of evil because the existence of evil, especially injustice in the human realm, seems inconsistent with government by a good divine providence;
2) criticism of the Epicureans and Stoics, primarily because of atheism or of determinism which excludes the freewill which all regard as necessary to the operation of providence in humans;
3) criticism of Aristotle and the Peripatetics, because they do not extend providence to human individuals;
4) the distinction between a higher providence, on the one hand, and fate, fortune, nature, or government, on the other;
5) that fundamental to providence is its operating in each kind of being in a way adapted to each thing‘s mode and through its inherent teleology;
6) that providence extends to individuals;
7) that providence employs spiritual beings intermediary between the First and humans;
8) that humans are in the middle between the sensible and the intellectual worlds and that this is crucial to how they stand to providence;
9) that humans as rational souls have free choice;
10) that providence operates in them by their acquisition of virtues or vices;
11) that prayer requires human freedom and is essential to the operation of providence;
12) that providence combines what happens outside human control (most things) with the free acts of intellectual and rational beings for the good of virtuous humans;
13) that providence is a function either of the divine intellect and will, or of the gods as pro-noia, above mind;
14) that, either as divine intellect or as divinity above intellect, providence is an eternal unchanging intuition uniting the generic and the individual;
15) that the divine providential care for human individuals is ultimately its providing a summons and ways, natural and gracious, to deiformity. 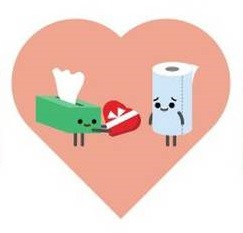 "For every flower of love and charity he plants in his neighbour’s garden, a loathsome weed will disappear from his own, and so this garden of the gods — Humanity — shall blossom as a rose."

Despite the general human tendency towards selfishness, the theosophical approach gives major importance to the unselfish altruistic values:
It sounds very simple, but is eminently difficult; for that cure is “ALTRUISM.” And this is the keynote of Theosophy and the cure for all ills; this it is which the real Founders of the Theosophical Society promote as its first object — UNIVERSAL BROTHERHOOD. (Letter II — 1889 – Third Annual Convention — April 28-29)

Nothing of that which is conducive to help man, collectively or individually, to live—not « happily »—but less unhappily in this world, ought to be indifferent to the Theosophist-Occultist. It is no concern of his whether his help benefits a man in his worldly or spiritual progress ; his first duty is to be ever ready to help if he can, without stopping to philosophize. [WHAT SHALL WE DO FOR OUR FELLOW-MEN ? Lucifer, Vol. V, No. 26, October, 1889, pp. 156-165, CW 11, 466]

All are willing to work for their own development and progress; very few for those of others. To quote the same writer again: “Men have been deceived and deluded long enough; they must break their idols, put away their shams, and go to work for themselves — nay, there is one little word too much or too many, for he who works for himself had better not work at all; rather let him work himself for others, for all. For every flower of love and charity he plants in his neighbour’s garden, a loathsome weed will disappear from his own, and so this garden of the gods — Humanity — shall blossom as a rose. In all Bibles, all religions, this is plainly set forth — but designing men have at first misinterpreted and finally emasculated, materialised, besotted them. It does not require a new revelation. Let every man be a revelation unto himself. Let once man’s immortal spirit take possession of the temple of his body, drive out the money-changers and every unclean thing, and his own divine humanity will redeem him, for when he is thus at one with himself he will know the ‘builder of the Temple.’” (Key to Theosophy, 53)

No man has a right to say that he can do nothing for others, on any pretext whatever. “By doing the proper duty in the proper place, a man may make the world his debtor,” says an English writer. A cup of cold water given in time to a thirsty wayfarer is a nobler duty and more worth, than a dozen of dinners given away, out of season, to men who can afford to pay for them. No man who has not got it in him will ever become a Theosophist; but he may remain a member of our Society all the same. We have no rules by which we could force any man to become a practical Theosophist, if he does not desire to be one. (Key 241)

An extract from a letter from one of Blavatsky’s teachers has become a classic formulation of this idea:
“He who does not practice altruism; he who is not prepared to share his last morsel with a weaker or a poorer than himself; he who neglects to help his brother man, of whatever race, nation, or creed, whenever and wherever he meets suffering, and who turns a deaf ear to the cry of human misery; he who hears an innocent person slandered, whether a brother Theosophist or not, and  does not undertake his defense as he would undertake his own—is no Theosophist. [The Theosophical Society: Its mission and it Future. Lucifer, Vol. II, No. 12, August, 1888, pp. 421-433, CW 10, 70] 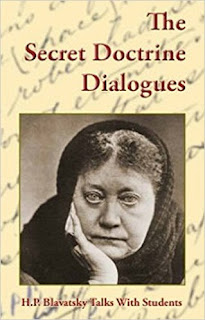