Plato, Meno - on the immortality of the soul


Socrates
I can; for I have heard from wise men and women who told of things divine that—

Meno
What was it they said ?

Socrates
Something true, as I thought, and admirable.

Meno
What was it? And who were the speakers?

Socrates
They were certain priests and priestesses who have studied so as to be able to give a reasoned account of their ministry; and Pindar also [81b] and many another poet of heavenly gifts. As to their words, they are these: mark now, if you judge them to be true. They say that the soul of man is immortal, and at one time comes to an end, which is called dying, and at another is born again, but never perishes. Consequently one ought to live all one's life in the utmost holiness.

“For from whomsoever Persephone shall accept requital for ancient wrong, the souls of these she restores in the ninth year to the upper sun again; from them arise” “glorious kings and men of splendid might and surpassing wisdom, and for all remaining time are they called holy heroes amongst mankind.” Pind. Fr. 133 Bergk

Seeing then that the soul is immortal and has been born many times, and has beheld all things both in this world and in the nether realms, she has acquired knowledge of all and everything; so that it is no wonder that she should be able to recollect all that she knew before about virtue and other things. For as [81d] all nature is akin, and the soul has learned all things, there is no reason why we should not, by remembering but one single thing—an act which men call learning—discover everything else, if we have courage and faint not in the search; since, it would seem, research and learning are wholly recollection. So we must not hearken to that captious argument: it would make us idle, and is pleasing only to the indolent ear, whereas the other makes us energetic [81e] and inquiring. Putting my trust in its truth, I am ready to inquire with you into the nature of virtue. 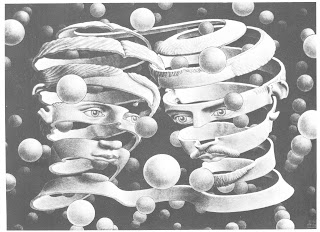 The concept of karma will be presented
according to esoteric Buddhist notions,
with examples from different
traditions and modern accounts.

"The doctrine of reincarnation is the corner-stone of the esoteric philosophy, as well as of all archaic religions. It is founded on the natural fact that effects must be proportionate to causes. Energy stored up during a finite period of time can never produce effects stretching over an infinity of time. The thought energy represented by the unsatisfied physical inclinations of an ego being, in its nature indestructible, require physical existence to work itself out; hence the necessity of reincarnations. If any human ego is entirely devoid of physical tendencies and inclinations, it will not be under the necessity of further births and deaths on the physical plane. In the mystical language of the East, such an ego is said to burst the wheel of births and re-births (sansara) and attain Nirvana; when humanity collectively shall be perfected, and all physical possibilities realized, our earth itself, having completed its course, will pass into Nirvana. "(Laura C. Holloway & Mohini Chatterji. Man: Fragments of Forgotten History. London: Reeves & Turner, 1885. p. 129)
Posted by Mark Casady at 09:43 No comments:

Here's an eloquent passage from the Secret Doctrine, which was used in both Blavatsky's Key to Theosophy and Judge's Ocean of Theosophy:

"Nor would the ways of Karma be inscrutable were men to work in union and harmony, instead of disunion and strife. For our ignorance of those ways — which one portion of mankind calls the ways of Providence, dark and intricate, while another sees in them the action of blind Fatalism, and a third, simple chance, with neither gods nor devils to guide them — would surely disappear, if we would but attribute all these to their correct cause. With right knowledge, or at any rate with a confident conviction that our neighbors will no more work to hurt us than we would think of harming them, the two-thirds of the World's evil would vanish into thin air. Were no man to hurt his brother, Karma-Nemesis would have neither cause to work for, nor weapons to act through. . . . We cut these numerous windings in our destinies daily with our own hands, while we imagine that we are pursuing a track on the royal high road of respectability and duty, and then complain of those ways being so intricate and so dark. We stand bewildered before the mystery of our own making, and the riddles of life that we will not solve, and then accuse the great Sphinx of devouring us. But verily there is not an accident in our lives, not a misshapen day, or a misfortune, that could not be traced back to our own doings in this or in another life. . . .


. . . Knowledge of Karma gives the conviction that if —
". . . . virtue in distress, and vice in triumph
Make atheists of mankind,"

it is only because that mankind has ever shut its eyes to the great truth that man is himself his own saviour as his own destroyer. That he need not accuse Heaven and the gods, Fates and Providence, of the apparent injustice that reigns in the midst of humanity. But let him rather remember and repeat this bit of Grecian wisdom, which warns man to forbear accusing That which —

"As I have said, we consider it as the Ultimate Law of the Universe, the source, origin and fount of all other laws which exist throughout Nature. Karma is the unerring law which adjusts effect to cause, on the physical, mental and spiritual planes of being. As no cause remains without its due effect from greatest to least, from a cosmic disturbance down to the movement of your hand, and as like produces like, Karma is that unseen and unknown law which adjusts wisely, intelligently and equitably each effect to its cause, tracing the latter back to its producer. Though itself unknowable, its action is perceivable." (Helena P. Blavatsky. The Key to Theosophy. London: Theosophical Publishing Society, 1889. p. 201)

"Applied to man's moral life it is the law of ethical causation, justice, reward and punishment; the cause for birth and rebirth, yet equally the means for escape from incarnation. Viewed from another point it is merely effect flowing from cause, action and reaction, exact result for every thought and act. It is act and the result of act; for the word's literal meaning is action. Theosophy views the Universe as an intelligent whole, hence every motion in the Universe is an action of that whole leading to results, which themselves become causes for further results. Viewing it thus broadly, the ancient Hindus said that every being up to Brahma was under the rule of Karma." (William Q. Judge. The Ocean of Theosophy. New York:Theosophical Publishing Company, 1893. p. 89)
Part 3

"As a necessary consequence of the septenary division of man, it is evident that we are capable of generating force on different planes of existence. The consideration of the working of Karma on all these planes is too complicated to be treated of here, and we shall, for the sake of convenience, adopt the trinitarian division. In this view of the case the Karma of an individual is divisible into three classes, physical, psychical, and spiritual.

The physical Karma would be the act itself; the psychical Karma, the intention or the mental counterpart of the act; the spiritual Karma has relation to the harmony underlying all Nature. From the law of spiritual dynamics, elsewhere stated, it is clear that this classification is in the order of ascending power. The Karmic value of an act is the resultant of these three sets of forces. Suppose, for instance, that two persons do acts having the physical effect of producing blindness in the next incarnation, but with quite different effects on the two other planes. The result of the combination in one case will make blindness the curse of one's life, and in the other, produce some spiritual development which would otherwise never have taken place. So long as a man is alive, his consciousness is confined to the lowest plane - therefore, the effects of his Karma on the higher planes remain only as germs; but when, after death, his consciousness, overcoming the pressure of his earthward tendencies (represented by his passage through Kama Loka), ascends to the higher state of psychic and spiritual existence known as Devachan, the germs begin to unfold themselves, and keep the individual in that state until the unsatisfied physical Karma counterbalances the psychic and spiritual forces, and produces the next descent into objective life. The operation of this law is to be recognized within a limited sphere, in the production of what Darwin  calls the differentiation of species. A change of environment leads to the elimination of useless organs and development of new ones, if the animal at all survives the change of conditions. Here we see how a strong desire to live under a given set of circumstances forces the body to mould itself accordingly. Similarly, the body which the ego acquires in its next incarnation is exactly suited to the unsatisfied physical cravings which the ego has brought forward from its previous incarnation. Acting under the impulse of these inclinations, the birth-seeking ego is attracted by the human couple, whose physical frames are capable of generating the required physical body. That portion of a man's Karma which acts through inherited tendencies is what is commonly called the law of heredity."

William Q. Judge's "Aphorisms on Karma" is an article that has had an enduring popularity. Below is a link to the original article as well as some valuable commentary on them, taken from Hindu scriptures:

http://api.ning.com/files/Hl7pYb841iYf96nfOvQb3aUNfzs7s1SVLKIkqYqGkdRspZ3Jxz690u7q3Oh2kfRevJYh29K7dHLQrv9KxyzYp*0CZGX8g2qr/aphorisms_on_karma_1893.pdf
Posted by Mark Casady at 11:32 No comments: