12 Theosophical Books that Changed the World 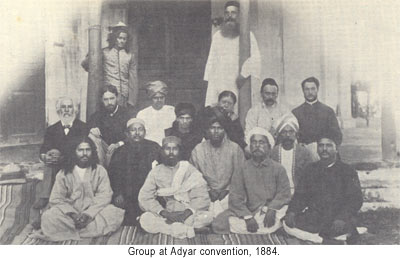 It is now generally accepted that the early Theosophical Society was tremendously influential. Why was that so? One reason can be found by taking a glance at some of the early publications. The twelve works presented below are all in their own way, very remarkable, original, innovative works. Many of them were very successful, had a stunning level of erudition, and/or have become spiritual classics. Note that the important classic works of Blavatsky and William Q. Judge have not been included; therefore even without the major works of two of the main founders, the early theosophical literature gives evidence of an intellectual force to be reckoned with and these works all remain compelling reading today.


1. James Ralston Skinner - Key to the Hebrew-Egyptian Mystery in the Source of Measures Originating the British Inch and the Ancient Cubit (1875)

James Ralston Skinner (1830-1893) was an attorney, a very learned freemason and kabbalist from Cincinnati, Ohio whose correspondence with Blavatsky has survived. http://www.theosophy.wiki/en/James_Ralston_Skinner


Colonel Henry Steel Olcott  (2 August 1832 – 17 February 1907) was an American military officer, journalist, lawyer and the co-founder and first President of the Theosophical Society.


Anna Mary Kingsford (née Bonus, September 16, 1846 – February 22, 1888) was an English anti-vivisection, vegetarian and women's rights campaigner and was a prominent figure among mystics and theosophists in the 1880's. She was one of the first English women to obtain a degree in medicine.
https://en.wikipedia.org/wiki/Anna_Kingsford


William Stainton Moses (originally Moseyn) (November 5, 1839 - September 5, 1892) was an English clergyman, writer, and editor. He was a Spiritualist and member of the Theosophical Society
http://www.theosophy.wiki/en/William_Stainton_Moses


Gerald Massey (29 May 1828 – 29 October 1907) was an English poet and writer on Spiritualism and Ancient Egypt. He contributed several articles to early issues of Blavatsky's magazine, Lucifer.
http://www.levir.com.br/theotext.php?cod=0068


Mohini Mohun Chatterji (1858 - 1936) was a Bengali attorney and scholar who belonged to a prominent family that for several generations had mediated between Hindu religious traditions and Christianity.[1] He joined the Theosophical Society in 1882 and became Assistant Secretary of the Bengal branch.
http://www.theosophy.wiki/en/Mohini_Mohun_Chatterji


Tallapragada Subba Row Garu (July 6, 1856 - June 24, 1890) was a brilliant Advaita Vedantist who became an early Theosophist. A strict Brahman, he was trained as a Vakil (Pleader) within the Indian justice system, a highly profitable profession. He practiced law at Madras.
http://www.theosophy.wiki/en/Subba_Row


Franz Hartmann (22 November 1838, Donauwörth – 7 August 1912, Kempten im Allgäu) was a German medical doctor, theosophist, occultist, geomancer, astrologer, and author. His works include several books on esoteric studies and biographies of Jakob Böhme and Paracelsus. He translated the Bhagavad Gita into German and was the editor of the journal Lotusblüten. He was at one time a co-worker of Helena Blavatsky at Adyar. In 1896 he founded a German Theosophical Society.
http://www.mysticmissal.org/franz_hartmann.htm


George Robert Stowe Mead (March 22, 1863 in Peckham, Surrey[1] (Nuneaton, Warwickshire?)[2] - September 28, 1933 in London)[3]) was an English historian, writer, editor, translator, and an influential member of the Theosophical Society, as well as the founder of the Quest Society. His scholarly works dealt mainly with the Hermetic and Gnostic religions of Late Antiquity, and were exhaustive for the time period.
https://en.wikipedia.org/wiki/G._R._S._Mead


Frederic William Henry Myers (6 February 1843, in Keswick, Cumberland – 17 January 1901, in Rome) was a poet, classicist, philologist, early British theosophist and a founder of the Society for Psychical Research.[1] Myers' work on psychical research and his ideas about a "subliminal self" were influential in his time.
https://en.wikipedia.org/wiki/Frederic_W._H._Myers