Through the Gates of Gold Chapter 4 The Meaning of Pain, Part 1 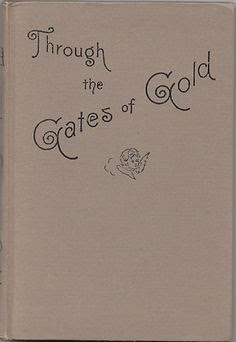 
Part One is kind of a short prelude to the next three longer parts; but full of interesting considerations: Pain and despair are always hovering in the background of our lives; we ourselves are the cause of this pain and suffering, albeit unconsciously so; we need to regulate our inner life in order to manage these pains (an anticipation of modern psychology); pain can be used for purposes of healing and harming; we are constantly waging an inner battle between pleasure and pain, at one level; but in reality pleasure and pain are co-rulers, so at a deeper level, the pain we experience is self-inflicted and voluntary; this raises the question as to why we do so, the answer being that it is part of the trial and error learning process of balancing pleasure and pain.
https://www.theosociety.org/pasadena/gategold/gategold.htm
"LOOK into the deep heart of life, whence pain comes to darken men's lives. She is always on the threshold, and behind her stands despair.
What are these two gaunt figures, and why are they permitted to be our constant followers?
It is we who permit them, we who order them, as we permit and order the action of our bodies; and we do so as unconsciously. But by scientific experiment and investigation we have learned much about our physical life, and it would seem as if we can obtain at least as much result with regard to our inner life by adopting similar methods.
Pain arouses, softens, breaks, and destroys. Regarded from a sufficiently removed standpoint, it appears as medicine, as a knife, as a weapon, as a poison, in turn. It is an implement, a thing which is used, evidently. What we desire to discover is, who is the user; what part of ourselves is it that demands the presence of this thing so hateful to the rest?
Medicine is used by the physician, the knife by the surgeon; but the weapon of destruction is used by the enemy, the hater.
Is it, then, that we do not only use means, or desire to use means, for the benefit of our souls, but that also we wage warfare within ourselves, and do battle in the inner sanctuary? It would seem so; for it is certain that if man's will relaxed with regard to it he would no longer retain life in that state in which pain exists. Why does he desire his own hurt?
The answer may at first sight seem to be that he primarily desires pleasure, and so is willing to continue on that battlefield where it wages war with pain for the possession of him, hoping always that pleasure will win the victory and take him home to herself. This is but the external aspect of the man's state. In himself he knows well that pain is co-ruler with pleasure, and that though the war wages always it never will be won. The superficial observer concludes that man submits to the inevitable. But that is a fallacy not worthy of discussion. A little serious thought shows us that man does not exist at all except by exercise of his positive qualities; it is but logical to suppose that he chooses the state he will live in by the exercise of those same qualities.
Granted, then, for the sake of our argument, that he desires pain, why is it that he desires anything so annoying to himself?”
Posted by Mark Casady at 09:11