Collective Aspects of Karma and Reincarnation 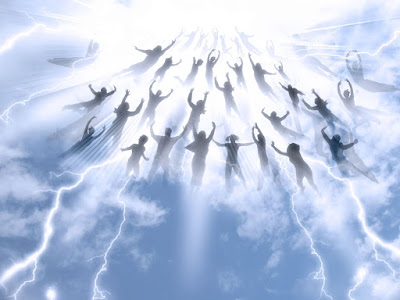 Since both of William Q. Judge’s 1888 articles on Karma and Reincarnation deal with more collective aspects of reincarnation, i.e. reincarnation with family and friends and hereditary factors, I thought it would be appropriate to include extracts from both:
Hence, if the soul that we do love inhabits another physical frame, it is the law--a part of the law of Reincarnation not often stated or dwelt on--that we will again, when incarnated, meet that same soul in the new tenement. We cannot, however, always recognize it. But that, the recognition or memory of those whom we knew before, is one of the very objects of our study and practice. Not only is this the law as found in ancient books, but it has been positively stated, in the history of the Theosophical Society, in a letter from an Adept addressed not many years ago to some London theosophists. In it he asked them if they imagined that they were together as incarnated beings for the first time, stated that they were not, and laid down the rule that the real affinities of soul life drew them together on earth.
To be associated against our will with those who lay upon us the claim of mother, father, brother, son, or wife from a previous life would neither be just nor necessary. Those relations, as such, grew out of physical ties alone, and souls that are alike, who really love each other, as well as those who harbor hate, are brought together in mortal bodies as now father and now son--, or otherwise.
So, then, with the doctrine of Devachan we have the answer. In that state we have with us, for all practical purposes and to suit our desire, every one whom we loved on earth: upon being reincarnated we are again with those whose souls we are naturally attracted to.
By living up to the highest and best of our convictions, for humanity and not for self, we make it possible that we shall at last recognize in some earth-life those persons whom we love, and to lose whom forever seems such a dreary and uninviting prospect.
(Respecting Reincarnation The Path, August, 1888)
This is the general view. Heredity is a puzzle, and will always remain one so long as the laws of Karma and Reincarnation are not admitted and taken into account in all these investigations. Nearly all of these writers admit--excepting those who say they do not know--the theological view that each human being is a new creation, a new soul projected into life on this earth.
If these two doctrines should be accepted by the supposed legislators, it would follow that no such law as I have adverted to would ever be put on the books; for the reason that, once Karma and Reincarnation are admitted, the responsibility of each individual is made greater than before. Not only is he responsible even under his hereditary tendency, but in a wider sense he is also responsible for the great injury he does the State through the future effect of his life--that effect acting on those who are born as his descendants.
The necessity for recognizing the law from the standpoint of ethics arises from the fact that, until we are aware that such is the law, we will never begin to perform such acts and think such thoughts as will tend to bring about the required alterations in the astral light needed to start a new order of thoughts and influences. These new influences will not, of course, come to have full effect and sway on those who initiate them, but will operate on their descendants, and will also prepare a new future age in which those very persons who set up the new current shall participate. Hence it is not in any sense a barren, unrewarded thing, for we ourselves come back again in some other age to reap the fruit of the seed we had sown.
The impulse must be set up, and we must be willing to wait for the result. The potters wheel continues to revolve when the potter has withdrawn his foot, and so the present revolving wheel will turn for a while until the impulse is spent.
(Is Heredity a Puzzle? The Path, November, 1888)