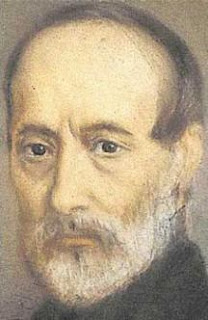 Giuseppe Mazzini (1805–72) is today largely remembered as the chief inspirer and leading political agitator of the Italian risorgimento. Yet Mazzini was not merely an Italian patriot, and his influence reached far beyond his native country and his century. In his time, he ranked among the leading European intellectual figures, competing for public attention with Mikhail Bakunin and Karl Marx, John Stuart Mill and Alexis de Tocqueville. According to his friend Alexander Herzen, the russian political activist and writer, Mazzini was the “shining star” of the democratic revolutions of 1848.[…]Mazzini was an original, if not very systematic, political thinker. He put forward principled arguments in support of various progressive causes, from universal suffrage and social justice to women’s enfranchisement. Perhaps most fundamentally, he argued for a reshaping of the European political order on the basis of two seminal principles: democracy and national self-determination. these claims were extremely radical in his time, when most of continental Europe was still under the rule of hereditary kingships and multinational empires such as the Habsburgs and the ottomans.[…]Mazzini’s ideas had an extraordinary appeal for generations of progressive nationalists and revolutionary leaders from his day until well into the twentieth century: his life and writings inspired several patriotic and anticolonial movements in Europe, Latin America, the Middle East, as well as the early Zionists, Gandhi, Nehru, and Sun YatSen.[…] It was Mazzini’s conviction that under the historical circumstances of his time, only the nation state could allow for genuine democratic participation and the civic education of individuals. to him, the nation was a necessary intermediary step in the progressive association of mankind, the means toward a future international “brotherhood” among all peoples. (Stefano Recchia, A Cosmopolitanism of Nations: Giuseppe Mazzini's Writings on Democracy, Nation Building, and International Relations, 2009, Princeton, p. 1)
From The Duties of Man, Chapter Four – Duties Toward Humanity
Humanity alone, continuous in  existence through the passing Generations, continuous in intellect through the contributions of all its members, is capable of gradually evolving, applying, and glorifying the Divine Idea.
Life therefore, was given to you by God in order that you might employ that life for the benefit of Humanity, that you might direct your individual faculties to aid the development of the faculties of your brother men, and contribute by your labour another element to the collective work of Progress, and the discovery of the Truth, which the generations are destined slowly but unceasingly to promote.
Your duty is to educate yourselves, and to educate others; to strive to perfect yourselves, and to perfect others.
It is true that God lives within you, but God lives in all the men by whom this earth is peopled. God is in the life of all the generations that have been, are, and are to be.
Passed generations have progressively improved and coming generations will continue to improve the conception which Humanity forms of Him, of His Law, and of our Duties. You are bound to adore Him and to glorify Him wheresoever He manifests his presence. The Universe is His Temple, and the sin of every unresisted or unexpiated profanation of the Temple weighs on the head of each and all of the Believers. […]
The only lasting hope for you is in the general amelioration, improvement, and fraternity of all the peoples of Europe, and through Europe of humanity.
Therefore, my brothers, in the name of your duty, and for the sake of your interest, never forget that your first duties — duties without  fulfilling which, you cannot rightly fulfil those towards your country and family — are towards Humanity.
Let your words and your actions be for all men, as God is for all men in His Law and Love. In whatsoever land you live, wheresoever there arises a man to combat- for the right, the just, and the true, that man is your brother. Wheresoever a man is tortured through error, injustice, or tyranny, that man is your brother. Free men or slaves, you are all brothers.
You are one in origin, one is the Law that governs you, and one in the Goal you are destined to attain. Your faith must be one, your actions one, and one the banner under which you combat. Say not : the language we speak is different, Acts, tears, and martyrdom, are a language common to all men, and which all understand. Say not : Humanity is too vast, and we are too weak. God does not judge the power but the intention. Love Humanity. Ask yourselves, as to every act you commit within the circle of family or country : If what I now do were done by and for all men, would it be beneficial or injurious to Humanity, and if your conscience tell you it would be injurious, desist: desist, even though it seem that an immediate advantage to your country or family would be the result.
Be you the Apostles of this faith : Apostles of jthe fraternity of Nations, and of that Unity of the human race which, though it be admitted in principle, is denied in practice at the present day. Be such, wheresoever and howsoever you are able. Neither God nor man can require more of you than this. But I tell you that by becoming such, and even — should more be impossible — by becoming such to yourselves alone, you will yet serve Humanity. God measures the stages of education lie permits the human race to ascend, by the number and the purity of the Believers. When the pure among you are many, God, who numbers you, will disclose to you the way to action.
Posted by Mark Casady at 13:38