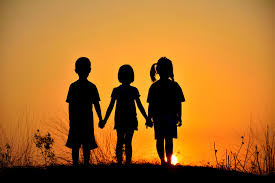 On Friendship  is presented as a personal reminiscence of a conversation that Marcus Tullius Cicero (106-43 bc) had witnessed between Laelius and his two son-in-laws, Fannius and Scaevola, concerning the latter’s friendship with the recently deceased Scipio. Cicero’s account begins on the occasion of Scipio’s death and the question of how to deal with the loss of a friend.
At one level, the text can simply be construed as an eloquent exposition of the value of friendship. Yet on a closer reading, one can also sense a series of underlying principles that are inherent to Cicero’s notions of a humanistic philosophy. According to Hunt, one can discern in all of Cicero’s philosophical works:
a coherent system and it deserves the name of humanism because it was concerned with man first and foremost and with other things only in so far as they were relevant to man’s position in the world. First it inquired into man’s nature, the validity of his perception, the nature of his highest virtue, the condition of his happiness, the degree of his freedom and his relation to the forces which control the world; it ended by asserting a theory of freedom and a rule of conduct enjoining the highest respect for man and systematically based on the theory of human nature. [Hunt, H.A.K., [1954],  The Humanism of Cicero, Victoria, Melbourne University Press]

Cicero begins by presenting friendship as a rare, exceptional moral achievement:
Well, in the first place I feel that friendship can exist only among the good; but I do not press this statement too far, as those do who go with more subtlety into these matters, perhaps correctly, but with little result for the general good; for they say that no one is good, except the wise man. (5, 18)
He also specifies that friendship exists according to a concept of natural law:
as those who were whom I have just mentioned--let us hold that these, even as they have been thought good, also ought to be called good, on the ground that, so far as men can, they follow Nature, the best guide to living well.(5, 19)
Fundamentally, he defines friendship as the sharing of a common value system and considers it to be the greatest of human achievements:
Now friendship is nothing else than perfect agreement on all divine and human things, joined to kindliness and affection; and than this, wisdom alone being excepted, I am inclined to think that no better gift has been given to man by the immortal gods. (5, 20) 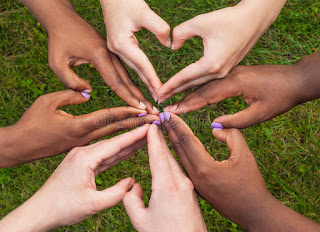 According to Cicero, friendship is founded on a moral and ethical base, and there is a complementary interdependent relationship between virtue and friendship. Virtue is essential for friendship and friendship helps in maintaining virtue:
Those however who place the greatest good in virtue make an admirable decision; but this very virtue both creates and maintains friendship, nor can friendship by any means exist without virtue. (5, 20)
Friendship has been given by Nature as a handmaid of the virtues, not as a companion of the vices, in order that, since virtue could not unaided arrive at the highest perfection, it might arrive thither when united and associated with another. (22, 83)
Moreover, friendship becomes a fundamental source of happiness and comfort:
Nor am I now speaking of common or ordinary friendship, which nevertheless is both delightful and beneficial, but of true and flawless friendship, such as was that of those few men whose names are proverbial. For friendship makes prosperity more bright, and adversity, by dividing and sharing it, more supportable. (6,22)
Now while friendship comprises very many and very great advantages, in one point she certainly surpasses everything else, inasmuch as she sends forth the light of a good hope for the future, and does not suffer the spirits to be weakened or to sink. (7, 23)
Friendship is seen as being essentially inspired by love:
For love, from which friendship received its name, is the chief means to the formation of the bond of kindly feeling. For advantages indeed are often received from those who under the pretence of friendship are courted and have attention paid them as occasion demands; but in friendship there is neither feigning nor pretence, and whatever feeling exists is real and sincere. (8, 26)
Since however a man contracts a friendship, as I have said above, if any sign of virtue shines forth in another to which a like disposition may incline and attach itself; when this happens, love must needs arise. (13, 48)
Although Cicero shows a certain aristocratic attitude towards friendship, he nonetheless acknowledges its compatibility with democratic values:
I think, there is between good men and good men a necessary feeling of kindliness, and this has been appointed by Nature as the fountain-head of friendship. But the kindliness also extends to the multitude. For virtue is not unfeeling or unserviceable or haughty, since she is wont to protect even whole nations, and consult their interests in the best manner, which she assuredly would not do if she shrank from kindness towards the common people. (14, 50)
Finally, he considers a strong sense of empathy towards one’s friends to be an essential characteristic of friendship: 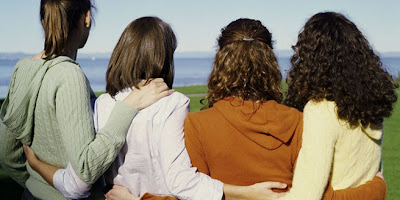 Thus they are destitute of that very lovely and exquisitely natural friendship, which is an object of desire in itself and for itself, nor can they learn from themselves how valuable and powerful such a friendship is. For each man loves himself, not that he may get from himself some reward for his own affection, but because each one is of himself dear to himself. And unless this same feeling be transferred to friendship, a true friend will never be found; for a true friend is one who is, as it were, a second self. (21, 80)
After proposing  a general definition of friendship, Cicero elaborates several practical principles. Briefly stated, he maintains that one should choose one’s friends carefully, choosing men of good character. One should moreover freely share all of one’s concerns, plans, and aims with one’s friends. Friendship should be based on steadfastness, loyalty and trust, with no deception or hypocrisy.  Absolute honesty is thus essential for friendship, and one should be congenial and show pleasant manners to friends, treating them as equals, and being generous and helpful to them. One should also encourage one’s friends in developing virtue, reprimanding them in a tactful, gentle manner if necessary, and accepting reprimand with forbearance.
He gives further practical advice such as one should always behave respectfully to one’s friends, maintaining particular respect for friends of long standing. He stresses that the excessive pursuit of wealth and power is detrimental to friendship. One can make concessions to friends by agreeing to do improper things if these do not damage our reputation; however, one should not do fundamentally wrong acts on account of friendship. He points out that one should not have unrealistic expectations or be too demanding towards one’s friends nor should one engage in behaviour of a flattering or sycophantic nature. One need not give more help to a friend than one is able nor is one obliged to place pleasing a friend above matters of duty. He allows that friendships can be ended if the friend behaves badly or if common interests change. In that case, one should strive to end the friendship gradually and quietly.
Posted by Mark Casady at 07:40