Introduction to the Metaphysics of the Secret Doctrine 1/3 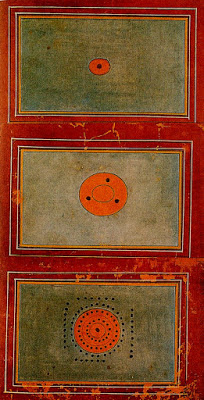 Parabrahm, Kosmos, Be-Ness, Space, Motion, The Great Breath
The Secret Doctrine presents an extensive scheme of spiritual evolution, from the universe to the planet earth, including humanity and all life on it. The metaphysical aspect, Cosmogenesis, is particularly intricate. The following posts aim to give a basic presentation of the basic concepts derived from the introductory chapters.

One could begin by positing a cosmological presentation in terms of a basic duality of Spirit and Matter, Heaven and Earth in mythology, Purusha and Prakriti in Indian terms.
For instance, this duality is elaborated in at least five basic ways: