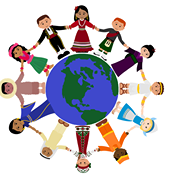 The first object is considered to be the most important (the other two being complementary to the first). It is quite an idealistic outlook, with the object of encouraging tolerance and kindness as a means of promoting world peace and fairness for all in a cosmopolitan spirit of philanthropy, acknowledging the spiritual nature of all:


Two general objects, one restricted object, of attention. Every one entering the society is supposed to sympathize with the theory of essential brotherhood: a kinship which exists on the plane of the higher self, not on that of the racial, social, and mental dissimilarities and antipathies. These elements of discord pertain to the physical man and are the result of unequal development under the law of evolution. We believe the human body to be but the shell, cover, or veil of the real entity; and those who accept the esoteric philosophy and the theory of "Karma" (the universal law of ethical causation) believe that the entity, as it travels around certain major and minor cycles of existence with the whole mass of human beings, takes on a different body at birth, and shells it off at death, under the operation of this Karmic law.
Yet though it may thus clothe and reclothe itself a thousand times in a series of reincarnations, the entity is unchanged and unchangeable. being of a divine nature, superior to all environments on the earthly plane. It is the physical body only which has racial type, color, sex, hatreds, ambitions, and loves. So then, when we postulate the idea of universal brotherhood, we wish it understood that it is held in no Utopian sense, though we do not dream of realizing it at once on the ordinary plane of social or national relations.
Most assuredly, if this view of the kinship of all mankind could gain universal acceptance, the improved sense of moral responsibility it would engender would cause most social evils and international asperities to disappear; for a true altruism, instead of the present egoism, would be the rule the world over. So we have written down as the first of our declared objects this altruistic asseveration, and have been working practically to bring about a beginning of the better law.


It is not the policy of self-preservation, not the welfare of one or another personality in its finite and physical form that will or can ever secure the desired object and screen the Society from the effects of the social "hurricane" to come; but only the weakening of the feeling of separateness in the units which compose its chief element. And such a weakening can only be achieved by a process of inner enlightenment. It is not violence that can ever insure bread and comfort for all; nor is the kingdom of peace and love, of mutual help and charity and "food for all," to be conquered by a cold, reasoning, diplomatic policy.
It is only by the close brotherly union of men's inner SELVES, of soul-solidarity, of the growth and development of that feeling which makes one suffer when one thinks of the suffering of others, that the reign of Justice and equality for all can ever be inaugurated. This is the first of the three fundamental objects for which the Theosophical Society was established, and called the "Universal Brotherhood of Man," without distinction of race, colour or creed. (Blavatsky, The Theosophical Society: Its Mission and its Future, Lucifer, Vol. II, No. 12, August, 1888, pp. 421-433, CW 10, pp. 74-75)


First of all, poor is that theosophic culture which fails to transform simply a "good citizen" of his own native country into a "good citizen" of the world. A true theosophist must be a cosmopolitan in his heart. He must embrace mankind, the whole of humanity in his philanthropic feelings. It is higher and far nobler to be one of those who love their fellow men, without distinction of race, creed, caste or colour, than to be merely a good patriot, or still less, a partizan.
To mete one measure for all, is holier and more divine than to help one's country in its private ambition of aggrandizement, strife or bloody wars in the name of GREEDINESS and SELFISHNESS. Severe denunciation is a duty to truth." It is; on condition, however, that one should denounce and fight against the root of evil and not expend one's fury by knocking down the irresponsible blossoms of its plant. The wise horticulturist uproots the parasitic herbs, and will hardly lose time in using his garden shears to cut off the heads of the poisonous weeds. (Blavatsky Is Denunciation a Duty?, Lucifer, Vol. III, No. 16, December 1888, pp. 265-273, CW 10, 199-200)