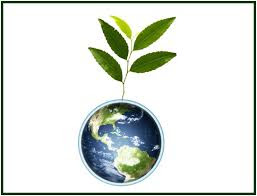 Simply by demonstrating on logical, philosophical, metaphysical, and even scientific grounds that: — (a) All men have spiritually and physically the same origin, which is the fundamental teaching of Theosophy. (b) As mankind is essentially of one and the same essence, and that essence is one — infinite, uncreate, and eternal, whether we call it God or Nature — nothing, therefore, can affect one nation or one man without affecting all other nations and all other men. This is as certain and as obvious as that a stone thrown into a pond will, sooner or later, set in motion every single drop of water therein. (Blavatsky, The Key to Theosophy, 41)

Fundamental spiritual identity of humanity
The identity of our physical origin makes no appeal to our higher and deeper feelings. Matter, deprived of its soul and spirit, or its divine essence, cannot speak to the human heart. But the identity of the soul and spirit, of real, immortal man, as Theosophy teaches us, once proven and deep-rooted in our hearts, would lead us far on the road of real charity and brotherly goodwill. (Key, 43)

Philosophical principle of holistic, spiritual monism in a spirit of religious tolerance
By teaching that the root of all nature, objective and subjective, and everything else in the universe, visible and invisible, is, was, and ever will be one absolute essence, from which all starts, and into which everything returns. This is Aryan [Eastern]* philosophy, fully represented only by the Vedantins, and the Buddhist system. With this object in view, it is the duty of all Theosophists to promote in every practical way, and in all countries, the spread of non-sectarian education. (Key, 43-44)

First, because that which is true on the metaphysical plane must be also true on the physical. Secondly, because there is no more fertile source of hatred and strife than religious differences. When one party or another thinks himself the sole possessor of absolute truth, it becomes only natural that he should think his neighbor absolutely in the clutches of Error or the Devil. But once get a man to see that none of them has the whole truth, but that they are mutually complementary, that the complete truth can be found only in the combined views of all, after that which is false in each of them has been sifted out — then true brotherhood in religion will be established. The same applies in the physical world. (Key, 45-46) 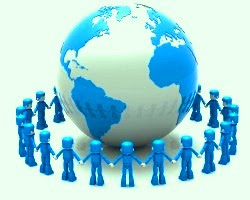 Basic inter-connectedness of humanity. Like the parts of a plant, if one part is hurt, it affects the whole.
A plant consists of a root, a stem, and many shoots and leaves. As humanity, as a whole, is the stem which grows from the spiritual root, so is the stem the unity of the plant. Hurt the stem and it is obvious that every shoot and leaf will suffer. So it is with mankind. (Key, 46)

Expand the idea, carry it out to a universal application, and you will soon find that in true philosophy every physical action has its moral and everlasting effect. Hurt a man by doing him bodily harm; you may think that his pain and suffering cannot spread by any means to his neighbors, least of all to men of other nations. We affirm that it will, in good time.

Therefore, we say, that unless every man is brought to understand and accept as an axiomatic truth that by wronging one man we wrong not only ourselves but the whole of humanity in the long run, no brotherly feelings such as preached by all the great Reformers, pre-eminently by Buddha and Jesus, are possible on earth. (Key, 47)

*The use of the term here, I think shows, that it is very far from the later, westernized modern interpretations of the term.