The 7 Attributes of the Person of Stable Wisdom in the Bhagavad Gita (Bk. 2) 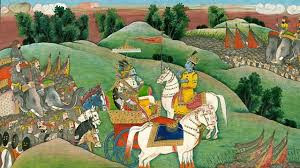 One of the biggest accomplishments of the Theosophical Society in the area of promoting Eastern Literature has been the great success of the Bhagavad Gita and Patanjali’s Yoga Sutras in Western translations. Therefore a post on the Gita has been long overdue.
(1) Satisfaction in the Self.
55. The Blessed Lord said: When a man expels, O Partha, all desires from the mind, and is satisfied in the self by the self, then is he called stable in intelligence.

(2) Equanimity in pleasure and pain.
56. He whose mind is undisturbed in the midst of sorrows and amid pleasures is free from desire, from whom liking and fear and wrath have passed away, is the sage of settled understanding.

(3) Absence of attachment, delight and aversion.
57. Who in all things is without affection though visited by this good or that evil and neither hates nor rejoices, his intelligence sits firmly founded in wisdom.

(4) Complete withdrawal of senses from objects.
58. Who draws away the senses from the objects of sense, as the tortoise draws in his limbs into the shell, his intelligence sits firmly founded in wisdom.

(5) Devotion to the Lord.
61. Having brought all the senses under control, he must sit firm in Yoga, wholly given up to Me; for whose senses are mastered, of him the intelligence is firmly established (in its proper seat). 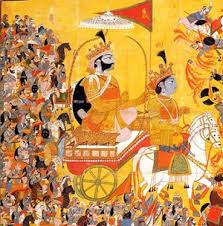 (6) The Universe, a mere dream to the Sage.
69. That (higher being) which is to all creatures a night, is to the selfmastering sage his waking (his luminous day of true being, knowledge and power); the life of the dualities which is to them their waking (their day, their consciousness, their bright condition of activity) is a night (a troubled sleep and darkness of the soul) to the sage who sees.

(7) Subjugation of desire and personal self.
71. Who abandons all desires and lives and acts free from longing, who has no "I" or "mine" (who has extinguished his individual ego in the One and lives in that unity), he attains to the great peace.