The Dangers of Occultism 1 - Franz Hartmann 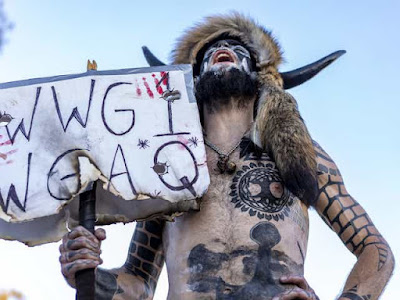 An excellent article about “True and False Yoga,” written by Marie Russak in the Adyar Bulletin of August 1908, has again forcibly called my attention to the disastrous results arising from meddling with occult practices without understanding their real nature. I have before my eyes a long list of friends and personal acquaintances, who within the last few years have become victims of their “ psychic researches,” for which they were not yet ripe and in which they persisted in spite of all warnings. Some of them became insane, some incurably diseased, others obsessed and morally depraved, and not a few of them ended by suicide. They were not unintelligent or uneducated people; on the contrary, one of them was a great and well known scientist and inventor, noble minded and generous; several were writers or poets of some distinction and a few even public lecturers on Theosophical subjects and on Spiritualism—things, however, of which they had very little personal experience and of which they knew only from reading.

H. P. Blavatsky has repeatedly said that for the purpose of obtaining occult knowledge one has first to become a “Theosophist.” This is not to be understood as if a person could not attain occult knowledge without having first his name inscribed as a member of the Theosophical Society, or as if by doing so he would become immediately ripe for receiving magical powers; but it means what the great Shankaracharya teaches in his Tattwa Bodha, namely, that the first requisite for obtaining real knowledge is the discernment between the “lasting and not lasting,”—between the high and the low, the real and unreal, the true and the false—to distinguish between one’s own permanent Self and the evanescent personality to which that higher Self is bound during its terrestrial and astral life.

In other words, we must realize that which is spiritual and divine within ourselves and in every other thing, before the portals of profound occult knowledge can be opened for us and we become initiated into the divine mysteries of nature. We must be able to raise our consciousness to a higher plane, before we can be able to perceive and actually know that which belongs to that plane and to avoid the snares and pitfalls which await those who walk with closed eyes in the dangerous precincts of the astral plane.

But with the advent of the Theosophical Society and the revival of the Theosophical movement a certain amount of promulgation of occult teachings was unavoidably connected. The spiritualistic movement had already paved the way; its phenomena had brought consternation among the learned and attracted the ignorant crowd. It became necessary to divulge some of the occult secrets which had been hidden for ages, and to explain some of the mysterious laws of nature, for the purpose of destroying certain misconceptions which had been caused by the establishment of a communication between mortals and what were supposed to be the immortal spirits of the departed. It was necessary to explain the nature of some of these astral entities, and thus to stem the tide of a wave of superstition which seemed to invade the world while the wave of materialism was receding and clericalism losing its hold.

Thus, what I may call a new era of occultism and psychism was inaugurated as a side issue of the Theosophical movement; occult phenomena, whether spurious or genuine, alike attracted the general attention of the public. The occult teachings, calculated at first only for such as were supposed to make proper use of them, soon became public property and were extensively misunderstood. Curiosity, the great motor power of the human mind and the first guide on the road to knowledge, was aroused. Many were those who by means of having their attention called to the higher truths of religion, were induced to lead a higher life, owing to the Theosophical teachings which they received; but there were and still are also many desirous of coming into possession of celestial powers, only for the purpose of applying them for the gratification of their passions or selfish desires; because, as the proverb says: “Extremes touch each other, and there is only a step from the sublime to the ridiculous”.

Every great movement, when it becomes popular, oversteps its boundaries and devastation begins. The tree of occultism, overflowing with life, produced many excrescences; hypnotism and mental suggestion appeared upon the scene and their miracles worked both ways; for, the best kind of medicine for effecting a cure may, if misapplied, also become a poison that kills, and the two, great enemies of mankind, stupidity and selfishness, are always ready to misapply the gifts which they receive. There are not a few who are willing to pledge their souls to the demons of hell, if they thereby could come into possession of infernal powers. If magic were to become the property of popular science, no man, woman or child would be sure of his life or safe against obsession; for, as the fanatical vivisectionist would not hesitate to destroy the whole of our animal creation for the purpose of giving support to some of his scientific theories, so the scientist of the future, without moral support, if endowed with occult powers, would not hesitate to experiment with the souls of human beings for the purpose of gratifying his curiosity and ambition for making discoveries. The ignorance and scepticism of the majority of the learned is at present the best protection against such evils for the majority of mankind.

But we will not enter at this moment into a discussion of the history of psychological crime or its prospect in the future, but merely turn our attention to the consequences of human folly and misunderstood truth.

If you remove a part of an anthill, its inhabitants become greatly disturbed. The sunlight, suddenly shining into its subterranean passages, which heretofore rested in darkness, seems to create a great deal of confusion, and you see the ants hurriedly running to and fro in all directions without any apparent object. Thus the light of the Theosophical teachings, made popular by the advent of the Theosophical movement, caused a great stir among those who had thus far rested in the blissful sleep of agnosticism or were enjoying the happy dreams of theological superstitions. The teachings given out by H. P. Blavatsky and her followers made a great impression upon the public mind. Soon new movements were originated by persons who appropriated to themselves this or that portion of those teachings, which they only half understood. Thus the existence of the Theosophical Society gave occasion to the formation of different other societies and sects, which partly, though in a deformed shape, taught the same truths as the former, although they repudiated the original fountain from which their wisdom was drawn; for it is and ever will be a fact in nature that fanatical sectarianism is intimately bound up with fanatical intolerance; acting upon the maxim: “Dare not to touch any other food but that which comes out of my kitchen, even if the other is of the same meat and has been cooked in the same style.”

Some of these societies, being based upon a financial scheme for making money, pretending to be able to employ divine powers in their service and to have the will of God at their command for the purpose of procuring for their adherents physical health and worldly benefits, met with great success; for the multitudes will always rush to that camp, where they think that a mine of gold has been discovered and where they are expecting a share; and the holding out promises of making salvation easy has always been the fundamental power of every clerical institution. However, we will not quarrel with these sects; however mistaken their theories and however deplorable the entire want of intelligence among some of their leaders, they too were the outgrowth of our times, the products of the law of necessity, and they had to fill a certain place in the progress of human evolution, and to certain of their guides the testimony may be given, that in spite of their ignorance and self conceit, they after all believed themselves in what they taught, and that they consequently “meant well.” 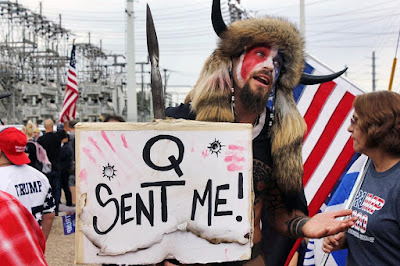 And now came a glorious harvest time for divers, chevaliers d'industrie, adventurers, conscious frauds and humbugs speculating on the contents of the pockets of gullible people by pretending to be able to teach persons, at so many dollars a head, how to put themselves in possession of supernatural powers. “Occult Societies” were formed with the evident object of desecrating that which is holy and making the high subservient to the low. They met the financial success which usually awaits those who know how to use the ignorance and greed of others to their own advantage; but how many of their deluded followers became victims of black magic will never be known. These victims were not all uncultured persons; there were some of them known to me as men of superior intellect, who seriously believed themselves to be earnest seekers for truth and tried all sorts of yoga practices for the purpose of “seeing what would come of it.” What came was insanity, prostration of the nervous system, loss of vitality and death. I have given the description of one such case in the Occult Review, March 1906. No end of tales, some of them amusing and ridiculous, others tragical, might be told about the experiences of people seeking to obtain occult or magical powers who fell into the hands of cranks or charlatans.

It is quite surprising to see how many otherwise intelligent people are ready to pledge implicit obedience to orders supposed to come from some unknown superiors, even if these orders are purely nonsensical. The game of “Unknown Superiors” was already in the seventeenth century successfully played among the order of the “Illuminates” whose system was based upon mutual espionage and secret supervision; it was organized after the pattern of the Jesuitical orders and existed until it become a real danger to the State. Some years ago the sending out of spurious Mahatma letters was quite the fashion in certain places, and all sorts of lies were employed to make the seekers for wisdom believe in their genuineness. When I was in Hamburg a lady came to me with what she claimed to be a letter from a Mahatma. She said she had been sent by some members of the society to which she belonged, to show me that letter and ask my opinion about it. It was an anonymous letter, containing some common pious phrases and demanding implicit obedience to all orders issuing from the writer—especially such orders as requested the payment of money. I answered that I should consider a person very foolish if he were to act blindly upon orders contained in an anonymous letter. The lady retired, but instead of reporting my answer she, as I afterwards found out, said that as soon as I looked at that letter I immediately recognized it as coming from a Mahatma; that my eyes were filled with tears of emotion (!) and that I recommended the strictest obedience. The fact was that the writer of the letter was that lady’s husband, and that he wanted to obtain my endorsement to strengthen the faith of his gullible followers.

The history of human stupidity is without end; inexhaustible is the army of the credulous, willing to commit all sorts of folly, if they are made to believe that thereby they may obtain superiority over the rest of mankind. They are ready to sacrifice everything except the egotism resulting from the delusion of self.

Email ThisBlogThis!Share to TwitterShare to FacebookShare to Pinterest
Labels: Hartmann