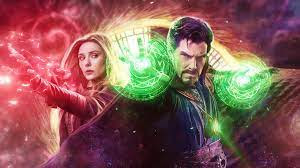 There is such a thing as being intoxicated in the course of an unwise pursuit of what we erroneously imagine is spirituality. In the Christian Bible it is very wisely directed to "prove all" and to hold only to that which is good; (Prove all things; hold fast that which is good. 1 Thessalonians 5:21) this advice is just as important to the student of occultism who thinks that he has separated himself from those "inferior" people engaged either in following a dogma or in tipping tables for messages from deceased relatives -- or enemies -- as it is to spiritists who believe in the "summerland" and "returning spirits."

The placid surface of the sea of spirit is the only mirror in which can be caught undisturbed the reflections of spiritual things. When a student starts upon the path and begins to see spots of light flash out now and then, or balls of golden fire roll past him, it does not mean that he is beginning to see the real Self -- pure spirit. A moment of deepest peace or wonderful revealings given to the student, is not the awful moment when one is about to see his spiritual guide, much less his own soul. Nor are psychical splashes of blue flame, nor visions of things that afterwards come to pass, nor sights of small sections of the astral light with its wonderful photographs of past or future, nor the sudden ringing of distant fairy-like bells, any proof that you are cultivating spirituality. These things, and still more curious things, will occur when you have passed a little distance on the way, but they are only the mere outposts of a new land which is itself wholly material, and only one removed from the plane of gross physical consciousness.

The liability to be carried off and intoxicated by these phenomena is to be guarded against. We should watch, note and discriminate in all these cases; place them down for future reference, to be related to some law, or for comparison with other circumstances of a like sort. The power that Nature has of deluding us is endless, and if we stop at these matters she will let us go no further. It is not that any person or power in nature has declared that if we do so and so we must stop, but when one is carried off by what Boehme calls "God's wonders," the result is an intoxication that produces confusion of the intellect. (Jakob Böhme  1575 – 1624) was a German philosopher, Christian mystic, and Lutheran Protestant theologian.) Were one, for instance, to regard every picture seen in the astral light as a spiritual experience, he might truly after a while brook no contradiction upon the subject, but that would be merely because he was drunk with this kind of wine. While he proceeded with his indulgence and neglected his true progress, which is always dependent upon his purity of motive and conquest of his known or ascertainable defects, nature went on accumulating the store of illusory appearances with which he satiated himself.

It is certain that any student who devotes himself to these astral happenings will see them increase. But were our whole life devoted to and rewarded by an enormous succession of phenomena, it is also equally certain that the casting off of the body would be the end of all that sort of experience, without our having added really anything to our stock of true knowledge. 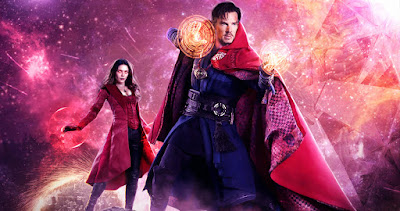 The astral plane, which is the same as that of our psychic senses, is as full of strange sights and sounds as an untrodden South American forest, and has to be well understood before the student can stay there long without danger. While we can overcome the dangers of a forest by the use of human inventions, whose entire object is the physical destruction of the noxious things encountered there, we have no such aids when treading the astral labyrinth. We may be physically brave and say that no fear can enter into us, but no untrained or merely curious seeker is able to say just what effect will result to his outer senses from the attack or influence encountered by the psychical senses.

And the person who revolves selfishly around himself as a center is in greater danger of delusion than any one else, for he has not the assistance that comes from being united in thought with all other sincere seekers. One may stand in a dark house where none of the objects can be distinguished and quite plainly see all that is illuminated outside; in the same way we can see from out of the blackness of our own house -- our hearts -- the objects now and then illuminated outside by the astral lights; but we gain nothing. We must first dispel the inner darkness before trying to see into the darkness without; we must know ourselves before knowing things extraneous to ourselves.

This is not the road that seem easiest to students. Most of them find it far pleasanter and as they think faster, work, to look on all these outside allurements, and to cultivate all psychic senses, to the exclusion of real spiritual work.

The true road is plain and easy to find, it is so easy that very many would-be students miss it because they cannot believe it to be so simple.

"The way lies through the heart"; / Ask there and wander not; / Knock loud, nor hesitate / Because at first the sounds / Reverberating, seem to mock thee. / Nor, when the door swings wide, / Revealing shadows black as night, / Must thou recoil. / Within, the Master's messengers / Have waited patiently: / That Master is Thyself!

Email ThisBlogThis!Share to TwitterShare to FacebookShare to Pinterest
Labels: wqj