Blavatsky on esoteric aspects of the family 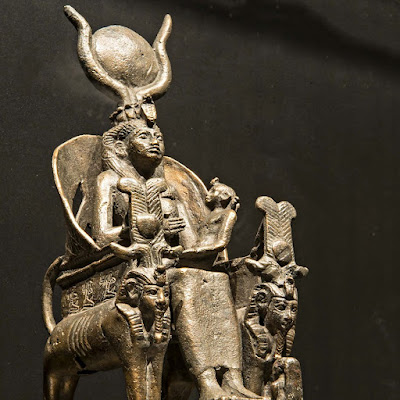 Besides, Blavatsky's extensively developed trinitarian philosophy based on the symbolism of father, mother and child, below are a couple of suggestive passages that evoke a cosmic and metaphysical perspective of the family, where is described a holistic, organic view of the familial unit, not unlike the symbolism of the tree, which Blavatsky, in The Key to Theosophy, uses to explain the notion of universal brother/sisterhood; also related to the concept of the Macrocosm and Microcosm Correspondence :
This mysterious process of a nine-months formation the kabalists call the completion of the "individual cycle of evolution." As the foetus develops from the liquor amnii in the womb, so the earths germinate from the universal ether, or astral fluid, in the womb of the universe. These cosmic children, like their pigmy inhabitants, are first nuclei; then ovules; then gradually mature; and becoming mothers in their turn, develop mineral, vegetable, animal, and human forms. From centre to circumference, from the imperceptible vesicle to the uttermost conceivable bounds of the cosmos, these glorious thinkers, the kabalists, trace cycle merging into cycle, containing and contained in an endless series.
The embryo evolving in its pre-natal sphere, the individual in his family, the family in the state, the state in mankind, the earth in our system, that system in its central universe, the universe in the cosmos, and the cosmos in the First Cause: — the Boundless and Endless. So runs their philosophy of evolution:

"All are but parts of one stupendous whole,
Whose body Nature is; and God the Soul."

In the Greek and Latin churches -- which regard marriage as one of the sacraments -- the officiating priest during the marriage ceremony represents the apex of the triangle; the bride its left feminine side and the bridegroom the right one, while the horizontal line is symbolised by the row of witness, the bridesmaids and best-men.

But behind the priest there is the altar with its mysterious containments and symbolic meaning, inside of which no one but the consecrated priests ought to enter. In the early days of Christianity the marriage ceremony was a mystery and a true symbol. Now, however, even the churches have lost the true meaning of this symbolism. (The Secret Doctrine. Vol. 1 , p. 614 fn) 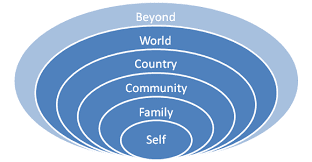