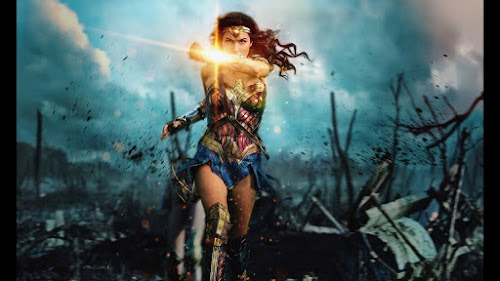 The major aspect in this chart is a Mars-Mercury-Saturn T-Square, part of a series of Mars squares to the Jupiter-Pluto-Saturn conjunction, which began in early August. (A T-square aspect pattern is formed when points in opposition also form a square with another point. The T-square is characterized by important obstacles that need to  be overcome, along with the energy and drive to do so). This series began a month after the last of a series of three eclipses around the Summer solstice (July 5). Below are a few examples of some events occurring near those aspects:

A huge explosion killed at least 100 people near the port of the Lebanese capital Beirut, with more fatalities feared. This provoked protests that led to the government resigning. More than 4,000 others were injured. Belarus protests and Chicago protests began. Tropical Storm Isaias pushed up the East Coast spawning tornadoes and killing at least six people.

Belarus is still in upheaval after the weekend's controversial election that led to an alleged landslide victory for longtime President Alexander Lukashenko. Police have been cracking down on protesters, and authorities say 6,000 people have been arrested and one person was killed. The protests in Lebanon escalate with large street protests. Seventeen Chicago police officers were injured and at least 24 people were arrested during protests downtown that turned violent. Israel and the United Arab Emirates have agreed to normalize relations in a historic truce.

Protesters in Kenosha, Wisconsin, took to the streets to vent their anger over the shooting of Jacob Blake by police. Buildings and cars were set on fire last night. Blake, a 29-year-old Black father, was shot in the back multiple times by an officer on Sunday as he tried to enter an SUV. A 17-year-old from Illinois has been arrested and charged with homicide in a fatal shooting that left two dead during protests Tuesday night in Kenosha, Wisconsin. The police chief there said the teen "was involved in the use of firearms to resolve whatever conflict was in place." Nationwide, the unrest stemming from the police shooting of a Black father, Jacob Blake, over the weekend has crystallized into serious action.  Tens of thousands of Belarusians defied a warning from the military and demonstrated in the streets of Minsk on Sunday, demanding that the country's longtime President Alexander Lukashenko step down after winning re-election in a disputed vote.

Moreover, the 2020 Atlantic hurricane season has already smashed records for the number of named storms so early in the season, but the record 2005 hurricane season was much worse this early in the season in large part because of its substantial impact in the U.S. and elsewhere. The Summer season has seen record-breaking forest fires in California and many other regions.

Because Mars goes retrograde on Sep 9., to Nov. 13,  these aspects will reappear, albeit less intense and more focused on the past. Low energy, lack of libido, simmering anger, and stifled passions are some effects of a Mars retrograde. Note that the second round of Mars squares begins just before the equinox, with Mars square Saturn (Sept. 20): 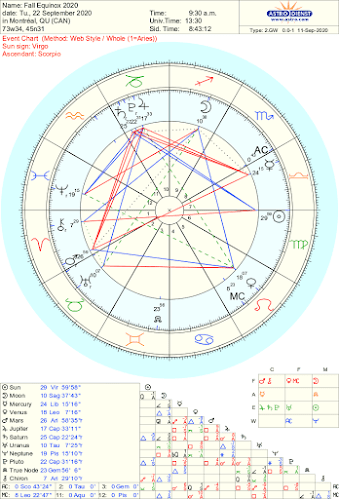 When Mars goes direct again, these powerful aspects go exact for a third time, coinciding with the Jupiter-Saturn conjunction (December 21) and carries into 2021 as Mars enters Taurus and Saturn enters Aquarius:

According to Robert Hand: ‘’Mars is an energy planet. Specifically it rules the energy that an individual uses to maintain himself in the face of pressure from his environment… Mars is also connected with work and physical energy, and often its transit signify a day when you feel very energetic and vigorous. In fact one way to ensure that a Mars transit  will not cause disputes or arguments with others, which is a sign of malfunctioning Mars energy, is to have plenty of hard work to do The negative side of Mars most often manifests itself when there is no other outlet for its energies…The only real danger with Mars is that its energies, when sublimated to the physical level, can signify accidents, specifically from burns  or fire, and illnesses involving fever and infection. This is often the result of frustrated ego energies, although you may have to dig around in your psyche to realize this. You must learn to express your resentments and anger, for they are a legitimate part of your being’’ (217-218).

1-      Can be very energetic and successful, if one avoids tendencies for reckless impulsiveness and wild optimism.

3-     Desire for expansion and growth, can lead to domineering and egotistical behavior, both qualities and flaws are amplified.

2-     Negative reinforcement and discouragement from authority figures, need to learn to act with knowledge of who you are.

3-     Not a good time to start new initiatives - need to proceed slowly and cautiously, through and careful.

3-     Unfinished loose ends can cause failure and unravelling; temptation for ruthlessness and deceit. Victims of ruthless, dangerous attacks, violence.

A Mars, Mercury, Saturn T-Square could make for some intense, impulsive discussions and decisions. There could be problems of red tape, re-doing tasks you thought you finished, problems getting from point A to point B, delays in communication, negative thinking, hyper-sensitivity and criticism. Not a good time to finalize agreements. The high energy could be used to progress with deep, long-standing disputes if one uses caution, patience, and carefulness.

2-     Altruistic, desire to help those in need,  devotion to charitable causes

Additionally, Sun trine Saturn brings a feeling of being grounded, stable and focused, slow and steady productivity,  with a practical, professional, and business-like common sense.

Although Mars is more quiet during the month of November, when the US federal election occurs (Nov. 3), the final of three Jupiter-Pluto conjunctions occurs on November 12, Mars stations direct on November 13, and there's a Penumbral lunar Eclipse on November 30, followed by a total solar Eclipse on December 14 and Saturn enters Aquarius on December 18, which makes for a steady series of astrological events to set the stage for last major conjunction at the Winter solstice.

Kartikeya (Sk), or Kartika. The Indian God of War, son of Siva, born of his seed fallen into the Ganges. He is also the personification of the power of the Logos. The planet Mars. Kartika is a very occult personage, a nursling of the Pleiades, and a Kumâra. (See Secret Doctrine.)

Nergal (Chald.). On the Assyrian tablets he is described as the “giant king of war, lord of the city of Cutha”. It is also the Hebrew name for the planet Mars, associated invariably with ill-luck and danger. Nergal-Mars is the “shedder of blood”. In occult astrology it is less malefic than Saturn, but is more active in its associations with men and its influence on them. (Blavatsky, The Theosophical Glossary)

Each a double sign or male-female [ in ancient astrological Magic] - viz.: it was Taurus-Eve, and Scorpio was Mars-Lupa, or Mars with the female wolf [ in relation to Romulus]. (Page 154) So, as these signs were opposites of each other, yet met in the centre, they were connected; and so in fact it was, and in a double sense, the conception of the year was in Taurus, as the conception of Eve by Mars, her opposite, in Scorpio. The birth would be at the winter solstice, or Christmas.

On the contrary, by conception in Scorpio - viz., of Lupa by Taurus - birth would be in Leo. Scorpio was Chrestos in humiliation, while Leo was Christos in triumph. While Taurus-Eve fulfilled astronomical functions, Mars-Lupa fulfilled spiritual ones by type. [ Op. cit.,296.] The author bases all this on Egyptian correlations and meanings of Gods and Goddesses, but ignores the Aryan, which are far earlier. Mooth or Mouth, was the Egyptian cognomen of Venus, (Eve, mother of all living) [as Vach, mother of all living, a permutation of Aditi, as Eve was one of Sephira] or the moon. Plutarch (Isis, 374) hands it down that Isis was sometimes called Muth, which word means mother . . . (Issa, אשח woman). (Blavatsky, Isis Unveiled 2, p.372).

Speaking of Adam, Kain, Mars, etc., as personifications, we find the author of “The Source of Measures” enunciating our very esoteric teachings in his Kabalistic researches. Thus he says: — “Now Mars was the lord of birth and of death, of generation and of destruction, of ploughing, of building, of sculpture or stone-cutting, of Architecture . . . . in fine, of all . . . . arts. He was the primeval principle, disintegrating into the modification of two opposites for production. Astronomically, too, he held the birthplace of the day and year, the place of its increase of strength, Aries, and likewise the place of its death, Scorpio. He held the house of Venus, and that of the Scorpion. He, as birth, was good; as death, was Evil. As good, he was light; as bad, he was night. As good, he was man; as bad, he was woman. He held the cardinal points, and as Cain, or Vulcan, or Pater Sadic, or Melchizadek, he was lord of the Ecliptic, or balance, or line of adjustment, and therefore was the just one. The ancients held to there being seven planets, or great gods, growing out of eight, and Pater Sadik, the Just or Right One, was lord of the eighth, which was Mater Terra. (“Source of Measures,” p. 186-70.) (The Secret Doctrine 1,392-93)

The Fifth group is a very mysterious one, as it is connected with the Microcosmic Pentagon, the five-pointed star representing man. In India and Egypt these Dhyanis were connected with the Crocodile, and their abode is in Capricornus. These are convertible terms in Indian astrology, as this (tenth) sign of the Zodiac is called Makara, loosely translated “crocodile.” … He is the “Dragon of Wisdom” or Manas, the “Human Soul,” Mind, the Intelligent principle, called in our esoteric philosophy the “Fifth” principle.

The fifth group of the celestial Beings is supposed to contain in itself the dual attributes of both the spiritual and physical aspects of the Universe; the two poles, so to say, of Mahat the Universal Intelligence, and the dual nature of man, the spiritual and the physical. Hence its number Five, multiplied and made into ten, connecting it with Makara, the 10th sign of Zodiac. (The Secret Doctrine 1 219-220)