The Mahatma Letters on Universal Brotherhood and Love of Humanity 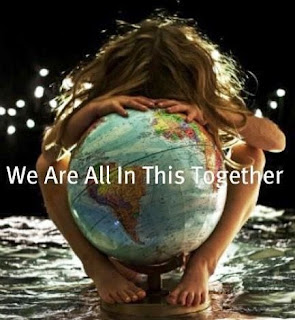 Who are these mysterious Mahatmas, Adepts, Brothers, Sisters... There has been much creative speculation about them and they have many imitators;  why not read the original texts? One thing that can be said of them, is that the ideas of universal brother/sisterhood  and love of humanity seem to be a fundamental concern of theirs.
They are selfish because you must be aware that the chief object of the T.S. is not so much to gratify individual aspirations as to serve our fellow men: and the real value of this term "selfish," which may jar upon your ear, has a peculiar significance with us which it cannot have with you; therefore, and to begin with, you must not accept it otherwise, than in the former sense. Perhaps you will better appreciate our meaning when told that in our view the highest aspirations for the welfare of humanity become tainted with selfishness if, in the mind of the philanthropist there lurks the shadow of desire for self benefit or a tendency to do injustice, even when these exist unconsciously to himself (Mahatma Letter to A.P.Sinnett, Letter 2).
Only the progress one makes in the study of Arcane knowledge from its rudimental elements, brings him gradually to understand our meaning. Only thus, and not otherwise, does it, strengthening and refining those mysterious links of sympathy between intelligent men — the temporarily isolated fragments of the universal Soul and the cosmic Soul itself — bring them into full rapport. Once this established, then only will these awakened sympathies serve, indeed, to connect MAN with — what for the want of a European scientific word more competent to express the idea, I am again compelled to describe as that energetic chain which binds together the material and Immaterial Kosmos, — Past, Present, and Future — and quicken his perceptions so as to clearly grasp, not merely all things of matter, but of Spirit also (Mahatma Letter to A.P.Sinnett, Letter 8).

Of course, the greater the progress towards deliverance, the less this will be the case, until, to crown all, human and purely individual personal feelings — blood-ties and friendship, patriotism and race predilection — all will give away, to become blended into one universal feeling, the only true and holy, the only unselfish and Eternal one — Love, an Immense Love for humanity — as a Whole! For it is "Humanity" which is the great Orphan, the only disinherited one upon this earth, my friend. And it is the duty of every man who is capable of an unselfish impulse, to do something, however little, for its welfare. Poor, poor humanity! It reminds me of the old fable of the war between the Body and its members: here too, each limb of this huge "Orphan" — fatherless and motherless — selfishly cares but for itself. The body uncared for suffers eternally, whether the limbs are at war or at rest. Its suffering and agony never cease. . . . And who can blame it — as your materialistic philosophers do — if, in this everlasting isolation and neglect it has evolved gods, unto whom "it ever cries for help but is not heard!" . . . Thus — Since there is hope for man only in man "I would not let one cry whom I could save! . . ."  (Mahatma Letter to A.P.Sinnett, Letter 8).
The term “Universal Brotherhood” is no idle phrase . . . It is the only secure foundation for universal morality. If it be a dream, it is at least a noble one for mankind: and it is the aspiration of the true adept (Mahatma Letter to A.P.Sinnett, Letter 34). 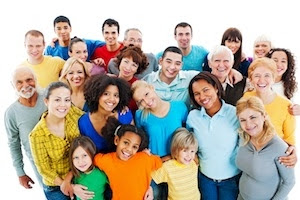 I say again then. It is he alone who has the love of humanity at heart, who is capable of grasping thoroughly the idea of a regenerating practical Brotherhood who is entitled to the possession of our secrets. He alone, such a man — will never misuse his powers, as there will be no fear that he should turn them to selfish ends. A man who places not the good of mankind above his own good is not worthy of becoming our chela — he is not worthy of becoming higher in knowledge than his neighbour (Mahatma Letter to A.P.Sinnett, Letter 38).
The world has clouded the light of true knowledge, and selfishness will not allow its resurrection, for it excludes and will not recognise the whole fellowship of all those who were born under the same immutable natural law (Mahatma Letter to A.P.Sinnett, Letter 38).
Beware then, of an uncharitable spirit, for it will rise up like a hungry wolf in your path, and devour the better qualities of your nature that have been springing into life. Broaden instead of narrowing your sympathies; try to identify yourself with your fellows, rather than to contract your circle of affinity (Mahatma Letter to A.P.Sinnett, Letter 66).
The white race must be the first to stretch out the hand of fellowship to the dark nations, to call the poor despised "nigger" brothers. This prospect may not smile to all. He is no Theosophist who objects to this principle. (Letters from the Masters of the Wisdom, Series1, letter 1)
In view of the ever increasing triumph and at the same time misuse of free-thought and liberty (the Universal reign of Satan, Eliphas Levi would have called it), how is the combative natural instinct of man to be restrained from inflicting hitherto unheard of cruelties and enormities, tyranny, injustice, etc., if not through the soothing influence of a brotherhood and of the practical application of Buddha's esoteric doctrines? (Letters from the Masters of the Wisdom, Series1, letter 1)
And it is we, the humble disciples of these perfect lamas, who are expected to allow the T.S. to drop its noblest title, that of the Brotherhood of Humanity to become a simple school of psychology? No, no, good brothers, you have been labouring under the mistake too long already. Let us understand each other. He who does not feel competent enough to grasp the noble idea sufficiently to work for it, need not undertake a task too heavy for him. (Letters from the Masters of the Wisdom, Series1, letter 1)

Make Theosophy a living force in your lives and through your example those class and caste distinctions, which for so long have bred hatred and misery, shall at no distant time come to be but distinctions of function in the common service of the nation-family and of the World-Brotherhood. (Blavatsky, CW 7, pp. 173-175)
Posted by Mark Casady at 14:49