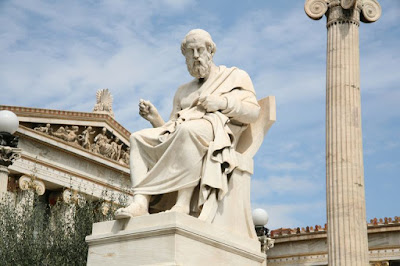 Thomas Taylor's Philosopher's Creed, in 25 points, in a conceptually descending order from the abstract to the concrete, is, I think, besides being a good general summary of Neoplatonism, a profoundly holistic, deeply conceived and contains a spiritual philosophy of life that can lead any adherent thereof to a happy, full and successful existence. The first 12 points are more conceptual, outlining the metaphysical worldview, which is inherently linked to a practical, concrete understanding, which will be covered in the points of part two. From Miscellanies, in Prose and Verse (1805).

1. I believe that there is one first cause of all things, whose nature is so immensely  transcendent, that it is even superessential; and that in consequence of this it cannot  properly either be  named or spoken of, or conceived by opinion, or be known, or  perceived by any being.


2. I believe, however, that if it be lawful to give a name to that which is truly ineffable, the appellations of The One and The Good are of all others the most adapted to it; the former of these names indicating that it is the principle of all things, and the latter that it is the ultimate object of desire to all things.


3. I believe that this immense principle produced such things as are first and proximate to itself, most similar to itself; just as the heat immediately proceeding from fire is most similar to the heat in the fire; and the light immediately emanating from the sun, to that which the sun essentially contains. Hence, this principle produces many principles proximately from itself.


4. I likewise believe that since all things differ from each other, and are multiplied with their proper differences, each of these multitudes is suspended from its one proper principle. That, in consequence of this, all beautiful things, whether in souls or in bodies, are suspended from one fountain of beauty. That whatever possesses symmetry, and whatever is true, and all principles are in a certain respect connate with the first principle, so far as they are principles, with an appropriate subjection and analogy. That all other principles are comprehended in this first principle, not with interval and multitude, but as parts in the whole, and number in the monad. That it is not a certain principle like each of the rest; for of these, one is the principle of beauty, another of truth, and another of something else, but it is simply principle. Nor is it simply the principle of beings but it is the principle of principles: it being necessary that the characteristic property of principle after the same manner as other things, should not begin from multitude, but should be collected into one monad as a summit, and which is the principle of principles.


5. I believe, therefore, that such things as are produced by the first good in consequence of being connascent with it, do not recede from essential goodness, since they are immovable and unchanged, and are eternally established in the same blessedness. All other natures, however, being produced by the one good, and many goodnesses, since they fall off from essential goodness, and are not immovably established in the nature of divine goodness, possess on this account the good according to participation.

7. I believe that the most proper mode of venerating this great principle of principles is  to extend in silence the ineffable parturitions of the soul to its ineffable co - sensation; and  that if it be at all lawful to celebrate it, it is to be celebrated as a thrice unknown darkness,  as the God of all Gods , and the unity of all unities, as more ineffable than all silence, and  more occult than all essence, as holy among the holies, and concealed in its first progeny,  the intelligible Gods.

8. I believe that self - subsistent natures are the immediate offspring of this principle, if it be lawful thus to denominate things which ought rather to be called ineffable unfoldings into light from the ineffable.


9. I believe that incorporeal forms or ideas resident in a divine intellect, are the paradigms or models of every thing which has a perpetual subsistence according to nature. That these ideas subsist primarily in the highest intellects, secondarily in souls, and ultimately in sensible natures; and that they subsist in each, characterised by the essential properties of the beings in which they are contained. That they possess a paternal, producing, guardian, connecting, perfective and uniting power. That in divine beings they possess a power fabricative and gnostic; in nature a power fabricative but not gnostic: and in human souls in their present condition through a degradation of intellect, a power gnostic, but not fabricative. 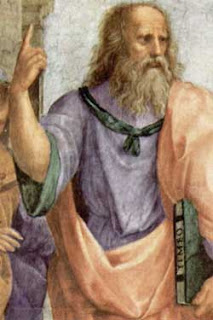 10. I believe that this world, depending on its divine artificer, who is himself an intelligible world, replete with the archetypal ideas of all things, is perpetually flowing, and perpetually advancing to being, and, compared with its paradigm, has  no stability, or reality of being. That considered, however, as animated by a divine soul, and as being the receptacle of divinities from whom bodies are suspended, it is justly called by Plato, a blessed God.


11. I believe that the great body of this world, which subsists in a perpetual dispersion of  temporal extension, may be properly called a whole, with a total subsistence , or a  whole of wholes, on account of the perpetuity of its duration, though this is nothing more than a flowing  eternity. That the other wholes which it contains are the celestial spheres, the sphere of æther, the whole of air considered as one great orb, the whole earth, and the whole sea.  That these spheres are parts with a total subsistence, and through this subsistence are perpetual.


12. I believe that all the parts of the universe, are unable to participate of the providence of divinity in a similar manner, but some of its parts enjoy this eternally, and others temporally; some in a primary and others in a secondary degree; for the universe being a perfect whole, must have a first, a middle, and a last part. But its first parts, as having the most excellent subsistence, must always exist according to nature; and its last parts must sometimes exist according to, and sometimes contrary to nature. Hence the celestial  bodies, which are the first parts of the universe, perpetually subsist according to nature, both the whole spheres, and the multitude co-ordinate to these wholes; and the only alteration which they experience is a mutation of figure, and variation of light at different  periods; but in the sublunary region, while the spheres of the elements remain on account  of their subsistence, as wholes, always according to nature; the parts of the wholes have  sometimes a natural, and sometimes an unnatural subsistence: for thus alone can the  circle of generation unfold all the variety which it contains. The different periods therefore in which these mutations happen, are with great propriety called by Plato, periods of fertility and sterility : for in these periods a fertility or sterility of men, animals,  and plants, takes place; so that in fertile periods mankind will be both more numerous,  and upon the whole superior in mental and bodily endowments to the men of a barren  period. And a similar reasoning must be extended to irrational animals and plants. The most dreadful consequence, likewise, attending a barren period with respect to mankind is this, that in such a period they have no scientific theology, and deny the existence of the immediate progeny of the ineffable cause of all things.


13. I believe that as the divinities are eternally good and profitable, but are never noxious, and ever subsist in the same uniform mode of being, we are conjoined with them through similitude when we are virtuous, but separated from them through dissimilitude when we are vicious. That while we live according to virtue we partake of the Gods, but cause them to be our enemies when we become evil: not that they are angry (for anger is a passion, and they are impassive,) but because guilt prevents us from receiving the illuminations of the Gods, and subjects us to the power of dæmons of fateful justice. Hence, I believe, that if we obtain pardon of our guilt through prayers and sacrifices, we neither appease the Gods, nor ca use any mutation to take place in them; but by methods of this kind, and by our conversion to a divine nature, we apply a remedy to our vices, and again become partakers of the goodness of the Gods. So that it is the same thing to assert, that divinity is turned from the evil, as to say that the sun is concealed from those who are deprived of sight.
image thanks to https://www.thoughtco.com/plato-important-philosophers-120328
https://www.uraniatrust.org/index.php/articles/philosophy/platonic-philosophy-1