Through the Gates of Gold, Part 5: The Secret of Strength 3b 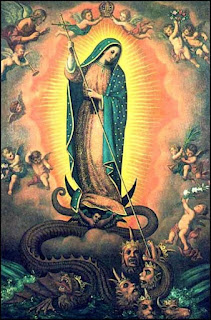 The triumphant final section concludes this remarkable work with a resounding account of how to lift the heavy iron bar on The Gates of Gold. In a very simple manner, with the characters of the King, the God, and the Animal, the image of the Kingdom or city state as a macrocosmic reflection of the human constitution is a traditional image that can be found in most traditions, for example  the Baghavad Gita, Plato’s Republic, the Christian Mystic John of Ruysbroeck, and even in the modern film, The Lion King, which echoes the ancient Egyptian myth of Isis and Osiris.
Consider then whether it is not possible to change the situation. The man himself is king of the country in which this strange spectacle is seen. He allows the beast to usurp the place of the god because for the moment the beast pleases his capricious royal fancy the most. This cannot last always; why let it last any longer? So long as the animal rules there will be the keenest sufferings in consequence of change, of the vibration between pleasure and pain, of the desire for prolonged and pleasant physical life.

When the animal rules the kingdom, the godly power serves to intensify the power for sensual gratification immensely. What is required is a revolutionary action that evicts the animal from power and restores the rightful heir to its throne…
And the god in his capacity of servant adds a thousand-fold to all this, by making physical life so much more filled with keenness of pleasure, — rare, voluptuous, aesthetic pleasure, — and by intensity of pain so passionate that one knows not where it ends and where pleasure commences. So long as the god serves, so long the life of the animal will be enriched and increasingly valuable. But let the king resolve to change the face of his court and forcibly evict the animal from the chair of state, restoring the god to the place of divinity. 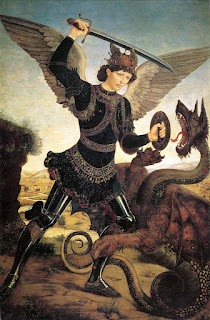 Once the animal is overcome, the pangs of pleasures and pains are no more and a great peace is established. This passage can be compared to Light on the Path:
https://www.theosociety.org/pasadena/lightpat/lightpa1.htm#n21
Ah, the profound peace that falls upon the palace! All is indeed changed. No longer is there the fever of personal longings or desires, no longer is there any rebellion or distress, no longer any hunger for pleasure or dread of pain. It is like a great calm descending on a stormy ocean; it is like the soft rain of summer falling on parched ground; it is like the deep pool found amidst the weary, thirsty labyrinths of the unfriendly forest.

Once the animal nature is conquered, then the animal nature can become a source of great strength in service of the divine will. The mysteries of the powers of animal magnetism are hinted at in the passages below and explains the meaning of all the ancient images of the hero conquering the beast or dragon.
But there is much more than this. Not only is man more than an animal because there is the god in him, but he is more than a god because there is the animal in him.

Once force the animal into his rightful place, that of the inferior, and you find yourself in possession of a great force hitherto unsuspected and unknown. The god as servant adds a thousand-fold to the pleasures of the animal; the animal as servant adds a thousand-fold to the powers of the god. And it is upon the union, the right relation of these two forces in himself, that man stands as a strong king, and is enabled to raise his hand and lift the bar of the Golden Gate. When these forces are unfitly related, then the king is but a crowned voluptuary, without power, and whose dignity does but mock him; for the animals, undivine, at least know peace and are not torn by vice and despair.

That is the whole secret. That is what makes man strong, powerful, able to grasp heaven and earth in his hands. Do not fancy it is easily done. Do not be deluded into the idea that the religious or the virtuous man does it! Not so. They do no more than fix a standard, a routine, a law, by which they hold the animal in check. The god is compelled to serve him in a certain way, and does so, pleasing him with the beliefs and cherished fantasies of the religious, with the lofty sense of personal pride which makes the joy of the virtuous. These special and canonized vices are things too low and base to be possible to the pure animal, whose only inspirer is Nature herself, always fresh as the dawn. The god in man, degraded, is a thing unspeakable in its infamous power of production.

The animal in man, elevated, is a thing unimaginable in its great powers of service and of strength.
You forget, you who let your animal self live on, merely checked and held within certain bounds, that it is a great force, an integral portion of the animal life of the world you live in. With it you can sway men, and influence the very world itself, more or less perceptibly according to your strength. The god, given his right place, will so inspire and guide this extraordinary creature, so educate and develop it, so force it into action and recognition of its kind, that it will make you tremble when you recognize the power that has awakened within you. The animal in yourself will then be a king among the animals of the world.

But this power can only be attained by giving the god the sovereignty. Make your animal ruler over yourself, and he will never rule others.

EPILOGUE
SECRETED and hidden in the heart of the world and in the heart of man is the light which can illumine all life, the future and the past. Shall we not search for it? Surely some must do so. And then perhaps those will add what is needed to this poor fragment of thought.
Posted by Mark Casady at 14:35