Through the Gates of Gold Chapter 4 The Meaning of Pain, Part 2b 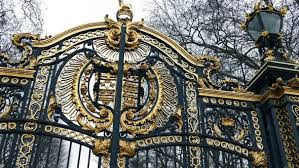 Once perceiving this sense of responsibility, derived from the awareness of the awesome potential of our divine nature, we begin to realize our power to act on human society. With this comes the practical realization that we reap what we sow (Karma or Nemesis).


The man of the world, pure and simple, is by far the best practical observer and philosopher with regard to life, because he is not blinded by any prejudices. He will be found always to believe that as a man sows so shall he reap. And this is so evidently true when it is considered, that if one takes the larger view, including all human life, it makes intelligible the awful Nemesis which seems consciously to pursue the human race, — that inexorable appearance of pain in the midst of pleasure. The great Greek poets saw this apparition so plainly that their recorded observation has given to us younger and blinder observers the idea of it.


There is the inner man — the soul — behind, using all these mechanisms; and this is as evidently the truth with regard to all the existences we know of as with regard to man himself. We cannot find any point in the scale of being at which soul-causation ceases or can cease. The dull oyster must have that in him which makes him choose the inactive life he leads; none else can choose it for him but the soul behind, which makes him be. How else can he be where he is, or be at all? Only by the intervention of an impossible creator called by some name or other.

It is again emphasized that the key is to accept responsibility for one’s own destiny and not rely on the illusions of outside powers to justify one’s limitations; growing up and putting aside one’s superstitions as it were; and one does this by recognizing one’s own immortal, divine inner nature.
...for the soul of man is of that order of life which causes shape and form, and is unaffected itself by these things, — of that order of life which like the pure, the abstract flame burns wherever it is lit. This cannot be changed or affected by time, and is of its very nature superior to growth and decay. It stands in that primeval place which is the only throne of God, — that place whence forms of life emerge and to which they return.

Then one can focus on the heart of one’s being, and from that center, undertake a balanced development of all the radiating lines of one’s being. One reaches the Golden Gates by the process of the gradual recognition of the god in oneself.
That place is the central point of existence, where there is a permanent spot of life as there is in the midst of the heart of man. It is by the equal development of that, — first by the recognition of it, and then by its equal development upon the many radiating lines of experience, — that man is at last enabled to reach the Golden Gate and lift the latch. The process is the gradual recognition of the god in himself; the goal is reached when that godhood is consciously restored to its right glory.