Theosophy and Epidemics, Physical and Moral 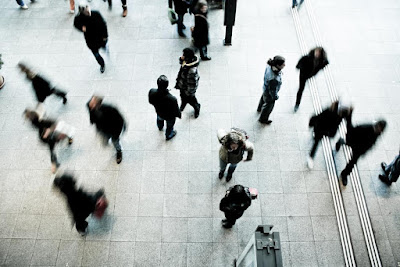 William Q. Judge of Brooklyn Tells of the Microbe Theory

Corona crisis: Theosophical literature about epidemics and pandemics
https://blavatskyhouse.org/news/corona-crisis-theosophical-literature-about-epidemics-and-pandemics/
At the meeting of the Aryan Theosophical Society in New York yesterday William Q. Judge, the president, spoke on the subject of epidemics. He said:
The United States is now face to face with a disease which threatens to become epidemic if not prevented from entering the land. Cholera has been here once before to devastate and may get in again. Existing in perpetuity in India it travels over the globe by way of Mohammedan pilgrimages to Mecca, from thence to Russia and then through Europe here. It now skulks in our bay and is perhaps about to be brought into our country through other points. This is a physical epidemic, very important for the time but not so important in the eyes of the theosophist as other epidemics which can develop in the mental and moral organization of man.
Cholera, or yellow fever, or grippe, are peculiar diseases which terrify by their sudden action, but which are really physical and preventable, often curable. Grippe and cholera seem often to flash up suddenly at places very different from their first appearance, leading some to suppose there is a mystery which is not physical in it all. But when we consider that some snake bites in the East act throughout the whole body in a few seconds, and others produce death on the instant, we see that the mystery lies in the ignorance about the disease. Late experiments with cobra and other snake poison have shown that the poison destroys the cells of the blood with inconceivable rapidity, the corpuscles appearing to send the infection along on the instant. In a similar manner, bacteriologists have proved how the microbes of different kinds increase by the million with amazing speed.
No theosophist should deny that science is right in saying that microbes produce disease and also prevent it. For it is an old theosophical, and once secret, doctrine that the microbes—then called lives—are divided into two classes, one called builders and the other, destroyers. These, it was held, warred with each other, and whichever side won, the result was disease and death, or health and life. This, too, the old theosophists held, was the cause of man’s term of life. For if the builders won all the time up to maturity they again divided themselves into two classes and, beginning to devour each other, at last brought about the death of the body at about 70 years of age. 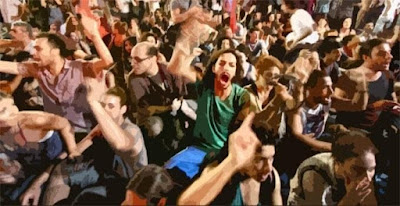 The theosophists also assert that this microbe theory obtains in the mental and moral spheres, and that epidemics of a moral character may break out among men, causing sudden changes of character in persons who before that were very discreet. The French revolution, in which rivers of blood ran, was brought to its awful pitch by the sudden increase of mental microbes, which produce moral disease sweeping over vast numbers of men. Lynchings and riots such as that of New Orleans, he said, were of the same origin and were nothing more than the sudden development of these criminal microbes in the natures of men, who at other times were perfectly respectable. In the French revolution many excellent persons were carried away by the epidemic and led into the doing or countenancing of dreadful deeds. He referred also to the witch burning in Salem a century ago and declared that the otherwise eminent and respectable citizens who took active part in them were the victims of a mental and moral epidemic that drew them into actions of a criminal sort.
Turning to the present day, Mr. Judge pointed out that in the United States a microbe was developing in the mental and moral spheres which would sooner or later develop so quickly as to infect large masses of men. The recent strike riots and crimes on both sides evidence this, and if our thoughts, our mental feelings, were not speedily changed a vast revolution would be the result. Irrespective of the rights of either side in these struggles, the reason for them was to be found in the selfish character of our civilization, which ignores the idea of universal brotherhood. Great numbers of respectable men are incensed at each other and sides are being taken. The theosophist should stand aloof or he may be a victim to the epidemic on one side or the other. Even some well known members of the clergy have begun to assert that the country’s legislation is in the interest of capital as against labor, and newspapers criticize them. The microbe is spreading. When it has made a few more advances it will gain a force overwhelming, and spreading then in vast numbers we will see suddenly springing up a revolution into which all will be drawn—one side the aggressors, the other, defenders.
And the discoveries of “mental suggestion” and “hypnotism” will not be forgotten in this disturbance. By suggestion an artificial reproduction of these moral and mental microbes will be brought about and thus natural capacity added to. One side will have its army of suggested persons to do its bidding, and so will the other.
The remedy proposed by Mr. Judge was a vigorous spreading of the doctrines of Reincarnation and Karma, together with the actual practice of good deeds by those who have time and money. The laborers should go to the rich and preach these as compellers of kind acts. The rich should hasten to show to the poor by immediate and universal benevolences that they are acting as nature intended, that is, as nature’s trustees of their wealth and time. In that way and none other can the day of revolution by averted. Legislation is idle, arguments on rights and legalities vain. The poor, almost to a man, believe that the rich oppress them. The middling-well-off are between the two other classes.
Theosophy does not seek to abolish rights nor to alter social claims. It declares, however, that each man must serve his neighbor, and that selfish indulgence by the wealthy to the neglect of the poor is a source of destruction. A great charity organization should be formed by every well-to-do woman devoting herself to the poor, and every well-to-do man giving her the means to do so, and all cutting out at once their rounds of balls, parties, teas and frivolities. Otherwise the direful result of an epidemic in the moral sphere cannot be averted.