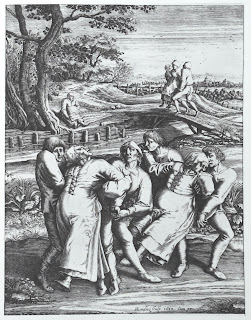 The following intriguing passage from H. P. Blavatsky's  Isis Unveiled I, Chap. 8, pp. 273-279, (abridged) touches upon certain collective esoteric influences on society, which to my knowledge, have not seen much investigation from an occult perspective since then, and thus remain quite relevant, offering original explanations for many a phenomena in today's highly collectivized, fad-driven modern world.
Thus if science cannot explain the cause of this physical influence, what can she know of the moral and occult influences that may be exercised by the celestial bodies on men and their destiny; and why contradict that which it is impossible for her to prove false? If certain aspects of the moon effect tangible results so familiar in the experience of men throughout all time, what violence are we doing to logic in assuming the possibility that a certain combination of sidereal influences may also be more or less potential?
If the reader will recall what is said by the learned authors of the Unseen Universe, as to the positive effect produced upon the universal ether by so small a cause as the evolution of thought in a single human brain, how reasonable will it not appear that the terrific impulses imparted to this common medium by the sweep of the myriad blazing orbs that are rushing through "the interstellar depths," should affect us and the earth upon which we live, in a powerful degree? If astronomers cannot explain to us the occult law by which the drifting particles of cosmic matter aggregate into worlds, and then take their places in the majestic procession which is ceaselessly moving around some central point of attraction, how can anyone assume to say what mystic influences may or may not be darting through space and affecting the issues of life upon this and other planets?

Almost nothing is known of the laws of magnetism and the other imponderable agents; almost nothing of their effects upon our bodies and minds; even that which is known and moreover perfectly demonstrated, is attributed to chance, and curious coincidences. But we do know, by these coincidences,* that "there are periods when certain diseases, propensities, fortunes, and misfortunes of humanity are more rife than at others." There are times of epidemic in moral and physical affairs. In one epoch "the spirit of religious controversy will arouse the most ferocious passions of which human nature is susceptible, provoking mutual persecution, bloodshed, and wars; at another, an epidemic of resistance to constituted authority will spread over half the world (as in the year 1848), rapid and simultaneous as the most virulent bodily disorder."
Again, the collective character of mental phenomena is illustrated by an anomalous psychological condition invading and dominating over thousands upon thousands, depriving them of everything but automatic action, and giving rise to the popular opinion of demoniacal possession, an opinion in some sense justified by the satanic passions, emotions, and acts which accompany the condition. At one period, the aggregate tendency is to retirement and contemplation; hence, the countless votaries of monachism and anchoretism; at another the mania is directed toward action, having for its proposed end some utopian scheme, equally impracticable and useless; hence, the myriads who have forsaken their kindred, their homes, and their country, to seek a land whose stones were gold, or to wage exterminating war for the possession of worthless cities and trackless deserts.†
The author from whom the above is quoted says that "the seeds of vice and crime appear to be sown under the surface of society, and to spring up and bring forth fruit with appalling rapidity and paralyzing succession." 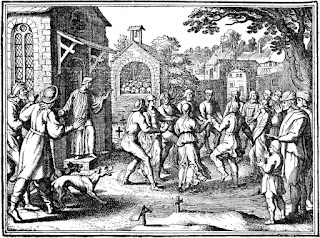 In the presence of these striking phenomena science stands speechless; she does not even attempt to conjecture as to their cause, and naturally, for she has not yet learned to look outside of this ball of dirt upon which we live, and its heavy atmosphere, for the hidden influences which are affecting us day by day, and even minute by minute. But the ancients, whose "ignorance" is assumed by Mr. Proctor, fully realized the fact that the reciprocal relations between the planetary bodies is as perfect as those between the corpuscles of the blood, which float in a common fluid; and that each one is affected by the combined influences of all the rest, as each in its turn affects each of the others. As the planets differ in size, distance, and activity, so differ in intensity their impulses upon the ether or astral light, and the magnetic and other subtile forces radiated by them in certain aspects of the heavens. Music is the combination and modulation of sounds, and sound is the effect produced by the vibration of the ether. Now, if the impulses communicated to the ether by the different planets may be likened to the tones produced by the different notes of a musical instrument, it is not difficult to conceive that the Pythagorean "music of the spheres" is something more than a mere fancy, and that certain planetary aspects may imply disturbances in the ether of our planet, and certain others rest and harmony. Certain kinds of music throw us into frenzy; some exalt the soul to religious aspirations. In fine, there is scarcely a human creation which does not respond to certain vibrations of the atmosphere. It is the same with colors; some excite us, some soothe and please. The nun clothes herself in black to typify the despondency of a faith crushed under the sense of original sin; the bride robes herself in white; red inflames the anger of certain animals. If we and the animals are affected by vibrations acting upon a very minute scale, why may we not be influenced in the mass by vibrations acting upon a grand scale as the effect of combined stellar influences?
"We know," says Dr. Elam, "that certain pathological conditions have a tendency to become epidemic, influenced by causes not yet investigated. . . . We see how strong is the tendency of opinion once promulgated to run into an epidemic form — no opinion, no delusion, is too absurd to assume this collective character. We observe, also, how remarkably the same ideas reproduce themselves and reappear in successive ages; . . . no crime is too horrible to become popular, homicide, infanticide, suicide, poisoning, or any other diabolical human conception.
. . . In epidemics, the cause of the rapid spread at that particular period remains a mystery!"
These few lines contain an undeniable psychological fact, sketched with a masterly pen, and at the same time a half-confession of utter ignorance — "Causes not yet investigated." Why not be honest and add at once, "impossible to investigate with present scientific methods"?
Noticing an epidemic of incendiarism, Dr. Elam quotes from the Annales d'Hygiene Publique the following cases: "A girl about seventeen years of age was arrested on suspicion . . . she confessed that twice she had set fire to dwellings by instinct, by irresistible necessity. . . . A boy about eighteen committed many acts of this nature. He was not moved by any passion, but the bursting-out of the flames excited a profoundly pleasing emotion."
Who but has noticed in the columns of the daily press similar incidents? They meet the eye constantly. In cases of murder, of every description, and of other crimes of a diabolical character, the act is attributed, in nine cases out of ten, by the offenders themselves, to irresistible obsessions. "Something whispered constantly in my ear. . . . Somebody was incessantly pushing and leading me on." Such are the too-frequent confessions of the criminals. Physicians attribute them to hallucinations of disordered brains, and call the homicidal impulse temporary lunacy. But is lunacy itself well understood by any psychologist? Has its cause ever been brought under a hypothesis capable of withstanding the challenge of an uncompromising investigator? Let the controversial works of our contemporary alienists answer for themselves.
Plato acknowledges man to be the toy of the element of necessity, which he enters upon in appearing in this world of matter; he is influenced by external causes, and these causes are daimonia, like that of Socrates. Happy is the man physically pure, for if his external soul (body) is pure, it will strengthen the second one (astral body), or the soul which is termed by him the higher mortal soul, which though liable to err from its own motives, will always side with reason against the animal proclivities of the body. The lusts of man arise in consequence of his perishable material body, so do other diseases; but though he regards crimes as involuntary sometimes, for they result like bodily disease from external causes, Plato clearly makes a wide distinction between these causes. The fatalism which he concedes to humanity, does not preclude the possibility of avoiding them, for though pain, fear, anger, and other feelings are given to men by necessity, "if they conquered these they would live righteously, and if they were conquered by them, unrighteously."( Jowett: "Timaeus.")

But Dr. Elam thinks otherwise. On page 194 of his book, A Physician's Problems, he says that the cause of the rapid spread of certain epidemics of disease which he is noticing "remains a mystery"; but as regards the incendiarism he remarks that "in all this we find nothing mysterious," though the epidemic is strongly developed. Strange contradiction! De Quincey, in his paper, entitled Murder Considered as One of the Fine Arts, treats of the epidemic of assassination, between 1588 and 1635, by which seven of the most distinguished characters of the time lost their lives at the hands of assassins, and neither he, nor any other commentator has been able to explain the mysterious cause of this homicidal mania.
If we press these gentlemen for an explanation, which as pretended philosophers they are bound to give us, we are answered that it is a great deal more scientific to assign for such epidemics "agitation of the mind," " . . . a time of political excitement (1830)" " . . . imitation and impulse," " . . . excitable and idle boys," and "hysterical girls," than to be absurdly seeking for the verification of superstitious traditions in a hypothetical astral light. "True science has no belief," says Dr. Fenwick, in Bulwer-Lytton's Strange Story; "true science knows but three states of mind: denial, conviction, and the vast interval between the two, which is not belief, but the suspension of judgment." Such, perhaps, was true science in Dr. Fenwick's days. But the true science of our modern times proceeds otherwise; it either denies point-blank, without any preliminary investigation, or sits in the interim, between denial and conviction, and, dictionary in hand, invents new Graeco-Latin appellations for non-existing kinds of hysteria!
How often have powerful clairvoyants and adepts in mesmerism described the epidemics and physical (though to others invisible) manifestations which science attributes to epilepsy, haemato-nervous disorders, and what not, of somatic origin, as their lucid vision saw them in the astral light. They affirm that the "electric waves" were in violent perturbation, and that they discerned a direct relation between this ethereal disturbance and the mental or physical epidemic then raging. But science has heeded them not, but gone on with her encyclopaedic labor of devising new names for old things.
Posted by Mark Casady at 14:16

Email ThisBlogThis!Share to TwitterShare to FacebookShare to Pinterest
Labels: Blavatsky