Al-Ghazāli - On the Duties of Brotherhood/Sisterhood 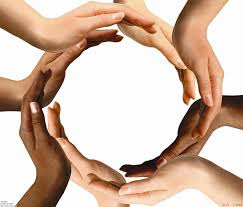 Al-Ghazāli - Extracts from On the Duties of Brotherhood from Part 2, chapter 15 of the Ihyā  (The Revival of the Religious Sciences), translation by Muhtar Holland. Al-Ghazâlî (c.1056–1111) was one of the most prominent and influential philosophers, theologians, jurists, and mystics of Sunni Islam.

The First Duty: Material Assistance
The first duty is the material one.
First degree : Some need befalls him when you have more than you require to satisfy your own, so you give him spontaneously, not obliging him to ask. To oblige him to ask is the ultimate shortcoming in brotherly duty.
Second degree: You place your bother on the same footing as yourself. You are content to have as partner in your property and to treat him like yourself, to the point of letting him share it equally.
Third degree: You prefer your brother to yourself and set his need before your own.
Self-sacrifice is one of the fruits of this degree.

The Second Duty: Personal Aid
The second duty is to render personal aid in the satisfaction of needs, attending to them without waiting to be asked, and giving them priority over private needs.  First degree: Attending to the need when asked and when in plenty, though with joy and cheerfulness, showing pleasure and gratitude. If a man does not manifest compassion towards his brother in the same degree as to himself, then there is no goodness in it. In short, you brother’s need ought to be like your own, or even more important than your own.

The Third Duty: Holding One's Tongue
The third duty concerns the tongue, which should sometimes be silent and at other times speak out. As for silence, the tongue should not mention a brother’s faults in his absence or his presence. Rather should you feign ignorance. You should not contradict him when he talks, nor dispute nor argue with him.  OF course you should not hide any praise you may hear, for the pleasure in it is received directly from the conveyer of the compliment as well as indirectly from the original source. Concealment where would mean envy.  The noble believer always keeps present in himself the good qualities of his brother, so that his heart may be the source of honour, affection and respect. As for the hypocrite of low character, he is always noticing misdeeds and faults. 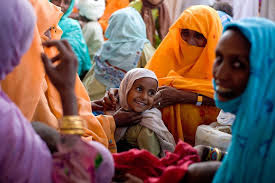 The Fourth Duty: Speaking Out
You should use the tongue to express affection to your brother, and to enquire agreeably about his circumstances. Thus you should indicate by word and deed that you disapprove of all circumstances that are disagreeable to him, and use your tongue to let him know that you share his joy in all conditions that give him pleasure. For brotherhood means participating together in joy and sadness.  What is even more potent in attracting affection is defending him in his absence whenever he is abused or his honour impugned, explicitly or by innuendo. Through concord, sincerity comes to completion; and he who is not sincere in his brotherhood is a hypocrite. This duty to use the tongue also embraces instruction and advice. For you brother’s need of knowledge is no less than his need of money. When it is a matter of a shortcoming in his duty towards you, what is required of you is patience, forgiveness, pardon, and turning a blind eye. To interfere in this case has nothing to do with advice at all.

The Fifth Duty: Forgiveness
Thus fulfillment  of the contract of brotherhood is obligatory, once it has been concluded. This is our response to the question about initiating brotherhood with the immoral, for he has no prior right. If he does have a prior connexion through kinship it is certainly not proper to break with him; one should rather try and improve him. It has been said that you should seek seventy excuses for your brother’s misdeed, and if your heart will accept none of them you should turn the blame upon yourself, saying t your heart: How hard you are! Your brother pleads seventy excuses, yet you will not accept him. You are the one at fault, not your brother! 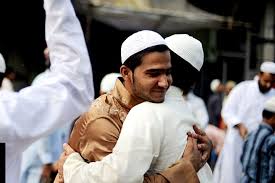 The Sixth Duty: Prayer
The sixth duty is to pray for your brother, during his life and after his death, that he may have all he might wish for himself, his family and his dependents. You should pray for him as you pray for yourself, making no distinction at all between  you and him. For in reality your prayer for him is a a prayer for yourself.

The Seventh Duty: Loyalty and Sincerity
The meaning  of loyalty is steadfastness in love and maintaining it to the death with your brother, and after his death with his children and his fellows. For love is for the sake of the Other Life. If it is severe before death the work is in vain and the effort wasted.

The Eighth Duty: Informality
You should not discomfort your brother with things that are awkward for him. Rather should you ease his heart of its cares and needs, and spare him  having to assume any of your burdens You should not ask him for help with money or influence. You should not discomfort him with having to be polite, to go into your situation and attend to your rights. No, the sole object of your love should be God (Exalted is he1), being blessed by your brother’s prayer, enjoying his company, receiving assistance from him in your religion, drawing night to God (Exalted be He!) through attending to his rights and bearing his provision.