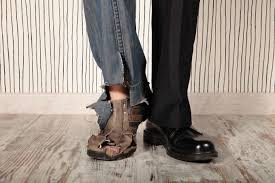 In the final year of his life, William Q. Judge left us with two more classic articles on Karma and Reincarnation. Theosophy and Capital Punishment, where he takes a rare stand on socio-political issues and Advantages and Disadvantages in Life, which deals with one of the basic questions of ‘’why are we all born in such unequal circumstances?’’, how is that fair? Judge gives some practical, sensible, and useful clues, especially concerning poverty and wealth.

Advantages and Disadvantages in Life

That view of one's Karma which leads to a bewailing of the unkind fate which has kept advantages in life away from us, is a mistaken estimate of what is good and what is not good for the soul. It is quite true that we may often find persons surrounded with great advantages but who make no corresponding use of them or pay but little regard to them. But this very fact in itself goes to show that the so-called advantageous position in life is really not good nor fortunate in the true and inner meaning of those words. The fortunate one has money and teachers, ability, and means to travel and fill the surroundings with works of art, with music and with ease. But these are like the tropical airs that enervate the body; these enervate the character instead of building it up. They do not in themselves tend to the acquirement of any virtue whatever but rather to the opposite by reason of the constant steeping of the senses in the subtle essences of the sensuous world. They are like sweet things which, being swallowed in quantities, turn to acids in the inside of the body. Thus they can be seen to be the opposite of good Karma.
What then is good Karma and what bad? The all embracing and sufficient answer is this:
Good Karma is that kind which the Ego desires and requires; bad, that which the Ego neither desires nor requires.
And in this the Ego, being guided and controlled by law, by justice, by the necessities of upward evolution, and not by fancy or selfishness or revenge or ambition, is sure to choose the earthly habitation that is most likely, out of all possible of selection, to give a Karma for the real advantage in the end. In this light then, even the lazy, indifferent life of one born rich as well as that of one born low and wicked is right.
When we, from this plane, inquire into the matter, we see that the "advantages" which one would seek were he looking for the strengthening of character, the unloosing of soul force and energy, would be called by the selfish and personal world "disadvantages." Struggle is needed for the gaining of strength; buffeting adverse eras is for the gaining of depth; meagre opportunities may be used for acquiring fortitude; poverty should breed generosity.
The middle ground in all this, and not the extreme, is what we speak of. To be born with the disadvantage of drunken, diseased parents, in the criminal portion of the community, is a punishment which constitutes a wait on the road of evolution. It is a necessity generally because the Ego has drawn about itself in a former life some tendencies which cannot be eliminated in any other way. But we should not forget that sometimes, often in the grand total, a pure, powerful Ego incarnates in just such awful surroundings, remaining good and pure all the time, and staying there for the purpose of uplifting and helping others. 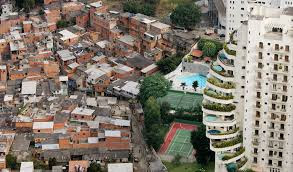 But to be born in extreme poverty is not a disadvantage. Jesus said well when, repeating what many a sage had said before, he described the difficulty experienced by the rich man in entering heaven. If we look at life from the narrow point of view of those who say there is but one earth and after it either eternal heaven or hell, then poverty will be regarded as a great disadvantage and something to be avoided. But seeing that we have many lives to live, and that they will give us all needed opportunity for building up character, we must admit that poverty is not, in itself, necessarily bad Karma. Poverty has no natural tendency to engender selfishness, but wealth requires it.

A sojourn for everyone in a body born to all the pains, deprivations and miseries of modern poverty, is good and just. Inasmuch as the present state of civilization with all its horrors of poverty, of crime, of disease, of wrong relations almost everywhere, has grown out of the past, in which we were workers, it is just that we should experience it all at some point in our career. If some person who now pays no heed to the misery of men and women should next life be plunged into one of the slums of our cities for rebirth, it would imprint on the soul the misery of such a situation. This would lead later on to compassion and care for others. For, unless we experience the effects of a state of life we cannot understand or appreciate it from a mere description. The personal part involved in this may not like it as a future prospect, but if the Ego decides that the next personality shall be there then all will be an advantage and not a disadvantage.
If we look at the field of operation in us of the so-called advantages of opportunity, money, travel and teachers we see at once that it all has to do with the brain and nothing else. Languages, archæology, music, satiating sight with beauty, eating the finest food, wearing the best clothes, traveling to many places and thus infinitely varying impressions on ear and eye; all these begin and end in the brain and not in the soul or character. As the brain is a portion of the unstable, fleeting body the whole phantasmagoria disappears from view and use when the note of death sends its awful vibration through the physical form and drives out the inhabitant. The wonderful central master-ganglion disintegrates, and nothing at all is left but some faint aromas here and there depending on the actual love within for any one pursuit or image or sensation. Nothing left of it all but a few tendencies-- skandhas , not of the very best. The advantages then turn out in the end to be disadvantages altogether. But imagine the same brain and body not in places of ease, struggling for a good part of life, doing their duty and not in a position to please the senses: this experience will burn in, stamp upon, carve into the character, more energy, more power and more fortitude. It is thus through the ages that great characters are made. The other mode is the mode of the humdrum average which is nothing after all, as yet, but an animal.
The Path , July, 1895
Posted by Mark Casady at 13:11