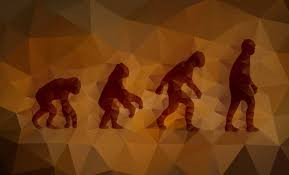 1891 was a watershed year for Judge with his writing on Karma and Reincarnation. A half a dozen articles appeared, including lecture transcripts. The passages below are from a nice, basic presentation on reincarnation which shows off Judge's skills as a public speaker and his pioneering efforts in promoting reincarnation in Christianity. His ideas that everyone is seeking happiness and we are all connected are themes that have become quite important today with the Dalai Lama, which shows that his message remains relevant today.
All men and women, I take it, are in the pursuit of happiness. If they do not find happiness here they seek it after death. They think that if they are not happy now they may be happy when they shall have died; and so, I suppose, the poor people who live in your East End -- which is a blot on your civilization, brought about by the wrong philosophy which those living in the other end believe and practice -- they, I suppose, in the degradation in which they are compelled to exist, are also in the pursuit of happiness. They cannot get it now in London, but they expect it sometime; and the other circles of your society, those who are not condemned by nature or by God to have been born in the East End without their consent, even they are full of disappointment, unable to secure the ends they have in view, compelled to work hard for the living which they cannot secure -- they also are in the pursuit of happiness. Is it not so? And is it not also so that in both places the individuals of each class demand justice? And "Karma," about which I am to speak, is justice and nothing else.

Now the doctrine of Karma which we talk about means that as this being passes from life to life, he is under the government of law, and not of injustice. Is the world governed by law, or is it governed by favor? The religious systems of the day in the West show that their teachers believe the Universe to be governed by favor, by prayer, by partiality, by the absence of law. The theologians say, "If the Lord made law, he can also refuse to obey the law"; but the Theosophist says, "If the Lord made law to govern the Universe, he must obey the law." And the great law governing man in his progress through life, in all the relations of life and of the Universe, is Justice, and that law of justice says that as you sow, so shall you reap, and that was enunciated by Jesus of Nazareth, just as all the teachers before him and since have enunciated it in all places and times. Now if that law enunciated by Jesus is true, that as you sow, so shall you reap, and as ye judge so shall ye be judged, where is the justice of having a human being born in degradation without his consent, unless you adopt our doctrines of Reincarnation and Karma? Karma means Justice, compensation for every act good or bad which you do in your life. Seventy years is not enough time in this life to reap by experience and to receive justice for all your deeds. Do you know that although this saying of Jesus is believed, "As you sow, so shall you reap," yet hundreds of men now live sixty or seventy years of wicked life and do not get apparently what they have sown? When will they get it, if there is no justice? Similarly, you see good men living sixty and seventy years of life; where do they get what they have sown? You may say, some of you, one reaps up in Heaven and the other in Hell; but if you say that, at the same time there is another doctrine which you admit, that the wicked man merely by believing at the last moment may reap yet his just reward. For what? For being wicked all his life, and at the end simply saying, "I believe in something that is not justice"?

If there is justice in the Universe it must govern us always, and we believe in Reincarnation, that you and I have been here before, that I have been here before and will be here again, and so have you. If this be true, and I think it is, and also the other principle of justice, the principle of perfect compensation and balance in nature, then the whole Universe is vindicated; but if you look at it in any other way, God becomes unjust -- and no one believes that he is so. The Universe becomes something governed by caprice, for do not the theologians and the churches, all churches in this country and in every other country which are dogmatic, say that you can alter the course of nature by prayer, that when the mother prays for the child who is on a journey, that child is saved from a horrible wreck, while forty other children are killed because their mothers did not pray? Is that justice? No. Justice means that for every act you perform, every thought you think, every thing you do, you will receive an exact equivalent some time; and seventy years of life, as I told you, is not long enough. It is not long enough to reap by experience, to account for the savages being savages, to account for your poor people being poor and degraded. Nothing will account for these things but our doctrines of Karma and Reincarnation -- that these people have come over from other lives where they did those acts which condemn them now to suffer the compensation.

The Christian must believe in this, because St. Matthew says, "For every act, word and thought, you must give account." Giving account does not mean saying, "I did it," and then getting no reward and no compensation. It means to give account, to render and give up, to receive the fine or the punishment. In St. John's Revelation it also says, "I saw the Book of Life Open, and men were judged for their acts"; so that in the Christian Bible, we find that this doctrine of Karma -- that perfect justice must rule, that you must receive the compensation for every act and thought -- was taught, and this compensation can only be accomplished by Reincarnation.
That is what the law of Karma means. Karma means action, the result of action, the cause and the effect. Human beings are always setting in motion causes, and those causes must reap effects, must bring about effects here or hereafter, and hereafter does not mean in a mythical place which no man can find, but here on this earth. You must come again and again to reap the results of your acts, good or bad, to progress from life to life on this earth, to continue civilization higher and higher, so that at last those pinnacles may be reached to which the earlier speakers referred. Then the whole world will admit that it is one family going on to perfection, not that other parts in it are in the favor of some Almighty presence, which, by reason of their supplication, gives them benefits which it will not give to anyone else just as worthy.
The Theosophist says that justice rules the world, and justice is the English equivalent of the word Karma, or of the old, most ancient doctrine that man is ruled by law and must give account, must suffer or enjoy in various, several lives on earth, for every act, word and deed which he may have performed.
Talk on Karma [Given to the general public during the First Annual European Convention of the T.S., on July 10, 1891; Theosophical Sitftings, Vol. IV., pp. 24-26.]