Through the Gates of Gold - Ch.5, pt. 2a The Secret of Strength 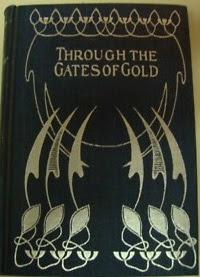 The first half of this chapter uses the images of death and the battlefield, the second part uses the images of nature and gardening. The chapter begins with an interesting reflection on the exoteric nature of religion, with its tendency towards rigid dogmatism. With the simple experience of living with in a different religious tradition, one can relativize this narrow outlook and appreciate the esoteric perspective better:


Religion holds a man back from the path, prevents his stepping forward, for various very plain reasons. First, it makes the vital mistake of distinguishing between good and evil. Nature knows no such distinction; and the moral and social laws set us by our religions are as temporary, as much a thing of our own special mode and form of existence, as are the moral and social laws of the ants or the bees. We pass out of that state in which these things appear to be final, and we forget them forever.


This is easily shown, because a man of broad habits of thought and of intelligence must modify his code of life when he dwells among another people. These people among whom he is an alien have their own deep-rooted religions and hereditary convictions, against which he cannot offend. Unless his is an abjectly narrow and unthinking mind, he sees that their form of law and order is as good as his own. What then can he do but reconcile his conduct gradually to their rules? And then if he dwells among them many years the sharp edge of difference is worn away, and he forgets at last where their faith ends and his commences. Yet is it for his own people to say he has done wrong, if he has injured no man and remained just?


As in many wisdom traditions, observation of the dying process has great philosophical value:


When a man's soul passes away from its brief dwelling-place, thoughts of law and order do not accompany it. If it is strong, it is the ecstasy of true being and real life which it becomes possessed of, as all know who have watched by the dying. If the soul is weak, it faints and fades away, overcome by the first flush of the new life.


Why? Because he is no longer held back and made to quiver by hesitation. In the strange moment of death he has had release given him; and with a sudden passion of delight he recognizes that it is release. Had he been sure of this before, he would have been a great sage, a man to rule the world, for he would have had the power to rule himself and his own body. That release from the chains of ordinary life can be obtained as easily during life as by death.


The experience of being on a battlefield, opens some interesting reflections of the nature of suffering and empathy; by focusing on everyone’s suffering, one’s own suffering loses its importance:


It only needs a sufficiently profound conviction to enable the man to look on his body with the same emotions as he would look on the body of another man, or on the bodies of a thousand men. In contemplating a battlefield it is impossible to realize the agony of every sufferer; why, then, realize your own pain more keenly than another's? Mass the whole together, and look at it all from a wider standpoint than that of the individual life. That you actually feel your own physical wound is a weakness of your limitation. The man who is developed psychically feels the wound of another as keenly as his own, and does not feel his own at all if he is strong enough to will it so.


Next is a reflection on the stark reality of the instinctive nature of the struggle for existence – we are born alone, we die alone, and we have to fight our own battles. And like a breath of fresh air, a new possibility is proposed – instead of struggling and resisting the forces of life, why not join in with nature and work along with her; and this goes hand in hand with the idea that it is better to  conquer yourself than a thousand men in battle.


The great life of the world rushes by, and we are in danger each instant that it will overwhelm us or even utterly destroy us. There is no defence to be offered to it; no opposition army can be set up, because in this life every man fights his own battle against every other man, and no two can be united under the same banner. There is only one way of escape from this terrible danger which we battle against every hour. Turn round, and instead of standing against the forces, join them; become one with Nature, and go easily upon her path. Do not resist or resent the circumstances of life any more than the plants resent the rain and the wind. Then suddenly, to your own amazement, you find you have time and strength to spare, to use in the great battle which it is inevitable every man must fight, — that in himself, that which leads to his own conquest.
Posted by Mark Casady at 17:38