Through the Gates of Gold, part 5 - The Secret of Strength, ch. 1 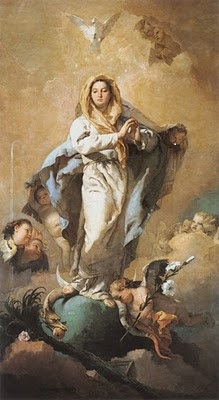 We embark  on the final (and best)  part of this great spiritual classic. There are three chapters, but chapters 2 & 3 are quite rich so there will be four more posts after this one.
This first part echoes Dhammapa 103-105


Greater in battle than the man who would conquer a thousand-thousand men, is he who would conquer just one —    himself. Better to conquer yourself than others.When you’ve trained yourself, living in constant self-control, neither a deva nor gandhabba, nor a Mara banded with Brahmas, could turn that triumph back into defeat.


16.32. He who is slow to anger is better than the mighty, And he who rules his spirit, than he who captures a city.


First you need the strength to step forward. This comes from conviction. This entails preserving stillness amid the din and bustle of the noisy world. Then one finds peace, which gives power, the power of faith that moves mountains…
Part 1
STRENGTH to step forward is the primary need of him who has chosen his path. Where is this to be found? Looking round, it is not hard to see where other men find their strength. Its source is profound conviction. Through this great moral power is brought to birth in the natural life of the man that which enables him, however frail he may be, to go on and conquer. Conquer what? Not continents, not worlds, but himself. Through that supreme victory is obtained the entrance to the whole, where all that might be conquered and obtained by effort becomes at once not his, but himself.
To put on armor and go forth to war, taking the chances of death in the hurry of the fight, is an easy thing; to stand still amid the jangle of the world, to preserve stillness within the turmoil of the body, to hold silence amid the thousand cries of the senses and desires, and then, stripped of all armor and without hurry or excitement take the deadly serpent of self and kill it, is no easy thing. Yet that is what has to be done; and it can only be done in the moment of equilibrium when the enemy is disconcerted by the silence.
But there is needed for this supreme moment a strength such as no hero of the battlefield needs. A great soldier must be filled with the profound convictions of the justness of his cause and the rightness of his method. The man who wars against himself and wins the battle can do it only when he knows that in that war he is doing the one thing which is worth doing, and when he knows that in doing it he is winning heaven and hell as his servitors.
Yes, he stands on both. He needs no heaven where pleasure comes as a long-promised reward; he fears no hell where pain waits to punish him for his sins. For he has conquered once for all that shifting serpent in himself which turns from side to side in its constant desire of contact, in its perpetual search after pleasure and pain. Never again (the victory once really won) can he tremble or grow exultant at any thought of that which the future holds. Those burning sensations which seemed to him to be the only proofs of his existence are his no longer. How, then, can he know that he lives? He knows it only by argument. And in time he does not care to argue about it. For him there is then peace; and he will find in that peace the power he has coveted. Then he will know what is that faith which can remove mountains.
Posted by Mark Casady at 08:00