Through the Gates of Gold Chapter 4 The Meaning of Pain, Part 3 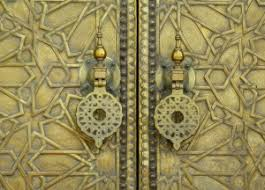 The first thing to do is to gain the power to stand firm, to remain still, to have confidence
The first thing which it is necessary for the soul of man to do in order to engage in this great endeavor of discovering true life is the same thing that the child first does in its desire for activity in the body, — he must be able to stand. It is clear that the power of standing, of equilibrium, of concentration, of uprightness, in the soul, is a quality of a marked character. The word that presents itself most readily as descriptive of this quality is "confidence."
To remain still amid life and its changes, and stand firmly on the chosen spot, is a feat which can only be accomplished by the man who has confidence in himself and in his destiny.
Otherwise the hurrying forms of life, the rushing tide of men, the great floods of thought, must inevitably carry him with them, and then he will lose that place of consciousness whence it was possible to start on the great enterprise. For it must be done knowingly, and without pressure from without, — this act of the new-born man. All the great ones of the earth have possessed this confidence, and have stood firmly on that place which was to them the one solid spot in the universe. To each man this place is of necessity different. Each man must find his own earth and his own heaven.
If we try to remove  the effects of pain and not the causes, we simply alleviate it or drive it to less visible planes.
We have the instinctive desire to relieve pain, but we work in externals in this as in everything else. We simply alleviate it; and if we do more, and drive it from its first chosen stronghold, it reappears in some other place with reinforced vigor. If it is eventually driven off the physical plane by persistent and successful effort, it reappears on the mental or emotional planes where no man can touch it. That this is so is easily seen by those who connect the various planes of sensation, and who observe life with that additional illumination.
The different sensations are only different sides of the center of the personality
Men habitually regard these different forms of feeling as actually separate, whereas in fact they are evidently only different sides of one center, — the point of personality. If that which arises in the center, the fount of life, demands some hindered action, and consequently causes pain, the force thus created being driven from one stronghold must find another; it cannot be driven out.
Pleasure and pain both have their purposes in the human function; it is by merging them together that peace is obtained.
And all the blendings of human life which cause emotion and distress exist for its use and purposes as well as for those of pleasure. Both have their home in man; both demand their expression of right. The marvelously delicate mechanism of the human frame is constructed to answer to their lightest touch; the extraordinary intricacies of human relations evolve themselves, as it were, for the satisfaction of these two great opposites of the soul.
Pain and pleasure stand apart and separate, as do the two sexes; and it is in the merging, the making the two into one, that joy and deep sensation and profound peace are obtained.
Where there is neither male nor female, neither pain nor pleasure, there is the god in man dominant, and then is life real.
To prove the existence of the Gates of Gold means to search for reality, which is man’s greatest need.
To state the matter in this way may savor too much of the dogmatist who utters his assertions uncontradicted from a safe pulpit; but it is dogmatism only as a scientist's record of effort in a new direction is dogmatism. Unless the existence of the Gates of Gold can be proved to be real, and not the mere phantasmagoria of fanciful visionaries, then they are not worth talking about at all. In the nineteenth century hard facts or legitimate arguments alone appeal to men's minds; and so much the better. For unless the life we advance towards is increasingly real and actual, it is worthless, and time is wasted in going after it. Reality is man's greatest need, and he demands to have it at all hazards, at any price. Be it so. No one doubts he is right. Let us then go in search of reality. 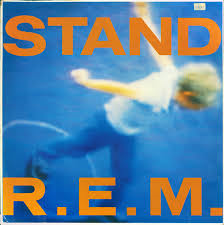 If you are confused, check with the sun
Carry a compass to help you along
Your feet are going to be on the ground
Your head is there to move you around
https://www.youtube.com/watch?v=AKKqLl_ZEEY
Posted by Mark Casady at 14:48