Through the Gates of Gold, Chapter 3: The Initial Effort - Part 2 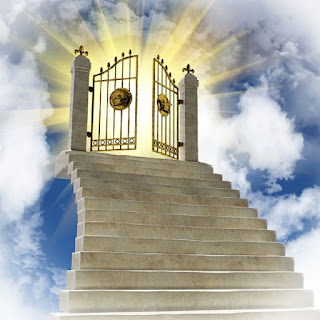 The idea of being motivated by an unseen reality is developed by comparing it to the cases of the inventor and the poet; and I think this analogy can be widened to that of the artist and musician or any creative act in general or even athletic disciplines or practical activities such as gardening (or motorcycle maintenance ;-). I suppose anyone who has cultivated these experiences can understand how the inspiration that grows in these areas are similar to the inspirations experienced on the spiritual path. And this lead to a development of one’s subtle bodies, or nourishing the wings of the soul, as Plato says.
“If you talk to an inventor, you will find that far ahead of what he is now doing he can always perceive some other thing to be done which he cannot express in words because as yet he has not drawn it into our present world of objects. That knowledge of the unseen is even more definite in the poet, and more inexpressible until he has touched it with some part of that consciousness which he shares with other men. But in strict proportion to his greatness he lives in the consciousness which the ordinary man does not even believe can exist, — the consciousness which dwells in the greater universe, which breathes in the vaster air, which beholds a wider earth and sky, and snatches seeds from plants of giant growth.”

“It is the essential characteristic of the man of genius that he is comparatively indifferent to that fruit which is just within touch, and hungers for that which is afar on the hills. In fact he does not need the sense of contact to arouse longing. He knows that this distant fruit, which he perceives without the aid of the physical senses, is a subtler and a stronger food than any which appeals to them. And how is he rewarded! When he tastes that fruit, how strong and sweet is its flavor, and what a new sense of life rushes upon him! For in recognizing that flavor he has recognized the existence of the subtile senses, those which feed the life of the inner man; and it is by the strength of that inner man, and by his strength only, that the latch of the Golden Gates can be lifted.”

The need for restraining the activities of the external senses, a basic yoga concept, is discussed – and how one gains a richer inner life thereby:
“In fact it is only by the development and growth of the inner man that the existence of these Gates, and of that to which they admit, can be even perceived. While man is content with his gross senses and cares nothing for his subtile ones, the Gates remain literally invisible. As to the boor the gateway of the intellectual life is as a thing uncreate and non-existent, so to the man of the gross senses, even if his intellectual life is active, that which lies beyond is uncreate and non-existent, only because he does not open the book.”
Posted by Mark Casady at 14:29