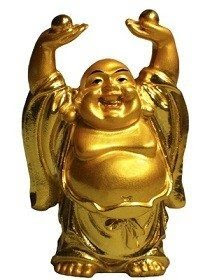 The four Brahma Viharas, variously translated as Sublime Moods or Divine States (of mind) have come to occupy such a central position in the field of Buddhism that they cannot be omitted from a list of subjects for meditation, especially as they are included in the forty subjects mentioned in the Pali Canon.

The four meditations are examined and compared in the ninth chapter of the Visuddhi magga of Buddhaghosha, but the following quotation from the Maha-Sudassana Sutta summarizes the nature and purpose of the exercise. "And he lets his mind pervade one-quarter of the world with thoughts of Love, with thoughts of Compassion, with thoughts of sympathetic Joy and with thoughts of Equanimity; and so the second quarter, and so the third, and so the fourth. And thus the whole wide world, above, below, around and everywhere does he continue to pervade with heart of Love, Compassion, Joy and Equanimity, far-reaching, great, beyond measure, free from the least trace of anger or ill-will." In the Love meditation the meditator radiates his thought-force as it were horizontally; Compassion looks downward towards the world of suffering, just as joy looks upward to the world of happiness, leaving Equanimity to restore the balance disturbed by self-identification with these two extremes.

Love
Buddhism has been described as a cold religion, but it is easy to collate passages from the Pali Canon which shows the high place that Metta, loving-kindness, held in the Buddha's teaching, and this in spite of the fact that Buddhism is essentially a way of enlightenment and not of emotional mysticism. Moreover, loving-kindness as practised by the Buddhist is a deliberate and sustained attitude of mind, as distinct from a spontaneous exhibition of feeling. Love that springs from centres lower than the creative mind is all too easily replaced by hate, or at least capable of so narrow a focus that hatred of some other person may exist in the mind at the same moment. Not so with the Buddhist who practices the first of the four Brahma Viharas. He first suffuses his own being with unbounded love, partly, as the cynical commentator puts it, because oneself is the easiest of all persons to love, and partly because love must first be built in as a quality of the meditator's mind before he can habitually broadcast it to the world. Having suffused himself with the quality of love he turns in thought to a friend, and finds it easy to suffuse his friend with the same quality. It is suggested by the commentator that for various reasons it is best that the friend chosen should be of the same sex and still living.

The meditator then turns to a more difficult task, the suffusing of some person towards whom he feels indifferent, neither affectionate nor hostile, yet the same quality and quantity of affection must now be sent to him as was more gladly sent to the friend. Next, and most difficult, he visualizes an enemy, should there still be a fellow being for whom he feels antipathy, and even though at first it is difficult to do so without a feeling of hypocrisy, suffuses him with the warmth of generous and  pure affection. In so doing he has no ulterior motive in his mind, though the effect of his action will be to slay the enmity. Finally, he radiates his loving-kindness to all mankind, then to all forms of life, and so through all the Universe until with an intensive effort of the will which carries him far into the Jhanas, or higher states of consciousness, he becomes as it were the very spirit of love, and on return to normal consciousness continues to radiate this power to all around him. He thus, from the plane of thought, joins hands with the Bhakti Yogi and the Western religious mystic, many of whom achieve the same result through purified emotion and desire.

Compassion
To the extent that Karuna, compassion, is an emotion at all, it is the Buddhist emotion par excellence. Not without reason is the Buddha called the All-Compassionate One as well as the All-Enlightened One. Yet Compassion is no mere attribute of mind. At its higher levels it includes both love and joy, and even equanimity, for it consists in an understanding love, a blend of emotion-intellect illumined by the intuition. Wherefore is it said in The Voice of Silence, "Compassion is no attribute. It is the LAW of Laws—eternal Harmony, a shoreless universal essence, the light of everlasting Right and fitness of all things, the law of love eternal." Again, in a footnote it is described as "an abstract, impersonal law whose nature, being absolute Harmony, is thrown into confusion by discord, suffering and sin."

Buddhism has been fairly described as the religion of suffering, for it realizes as none other that suffering is a quality inherent in all forms of life, however blinded those immersed in the illusion of pleasure may be to the limitations inherent in the world of becoming. It is true that suffering is too strong a term to use as the sole equivalent of the Pali dukkha, for the term is, of course, only relative, and covers conditions ranging from the most acute physical and mental agony to a purely metaphysical understanding of the state of incompleteness or imperfection which is a necessary corollary to the law of anicca, the law of change.

But every form of life is subject to the sway of dukkha, and the meditator who is radiating compassion is advised by the commentator to begin with persons in the depths of misery, towards whom the springs of compassion flow easily, and then to enlarge the ambit of his thought to include ever more varied and subtle forms of disharmony, maladjustment and dis-ease, mental and emotional as well as physical, until once more his range is commensurate with the Universe. In such a way he will draw just so much nearer the incomparable ideal set forth in The Voice of the Silence: "Let thy Soul lend its ear to every cry of pain like as the lotus bares its heart to drink the morning sun. Let not the fierce Sun dry one tear of pain before thyself hast wiped it from the sufferer's eye. But let each burning human tear drop on thy heart and there remain; nor ever brush it off until the pain that caused it is removed."

Joy
The value of this exercise lies in the effect it has on envy and jealousy, modes of thought which definitely cramp the thinker's mind. The mind which responds whole-heartedly at news of a friend's success or happiness, even though it be attained at the expense of its own, is free from the destructive jealousy which, rooted in egotism, is too often the father of hate. The essence of the exercise lies in being glad on another's account, and is thus an excellent antidote to the narrow claims of self; hence the translation of mudita as "sympathetic joy." Here again, begin the exercise by thinking of a friend who is filled with joy at some good fortune, whether physical or mental, and then enlarge the scope of thought to cover all who rejoice for any reason, whether the cause for rejoicing be in your eyes sufficient or no. 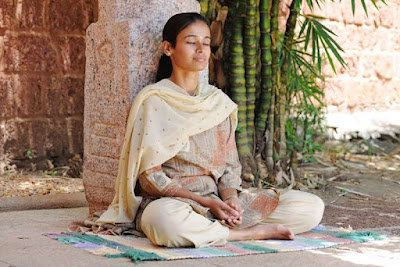 Equanimity
It is difficult to find an English word to represent upekkha. Detachment is sometimes used, as also dispassion and serenity. The idea is conveyed in the stanza of the Sutta Nipata. "A heart untouched by worldly things, a heart that is not swayed by sorrow, a heart passionless, secure, that is the greatest blessing." The same idea is echoed in Kipling's immortal lines "If you can meet with Triumph and Disaster, and treat these two imposters just the same." Its essence lies in rising above the self-identification with others' feelings which is to some extent involved in the radiations of compassion and joy. As the commentator says, "The salient characteristic of equanimity is evolving a central position towards others, its  function is seeing others impartially, its manifestation is the quenching of both aversion and sycophancy, its proximate cause is the seeing how each belongs to the continuity of his own karma."

It must not, however, be confused with indifference, which is the outcome of a closing of the mind to others' suffering and joy, and therefore the very opposite of the virtue of compassion. It is in the words of the Bhagavad Gita, "A constant unwavering steadiness of heart upon the arrival of every event whether favourable or unfavourable," and is achieved by moving in consciousness towards a central point of view, so that events are viewed from the source of causes instead of the circumference of the circle where they show forth as effects. Strive to infuse your own mind with this quality, then feel it equally towards a friend and enemy, and so by gradual stages to all forms of life, thus, after passing through love, compassion and sympathetic joy, returning to that inner equilibrium which the outward events of daily life should be unable to destroy.  (Concentration and Meditation, Christmas Humphreys, 106-111)
Posted by Mark Casady at 17:12