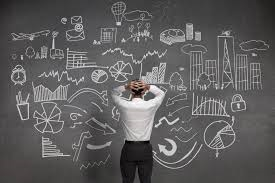 After his seminal article ''Karma'' in 1886, his article, ''Environment'' from The Path, February, 1887, follows suit with his typical practical approach, in a monistic Advaita Vedanta spirit. It is a 'right here, right now' philosophy - whatever circumstance and situation you are in is just right for your spiritual development - any daily experience can potentially serve as a step for spiritual progress if taken with the right attitude. The first part of the article perceptively deals with the problems of theosophy in the modern world.
http://www.phx-ult-lodge.org/articles_of_william_q.htm#68


What then of environment and what of its power over us?


Is environment Karma or is it Reincarnation? The LAW is Karma, reincarnation is only an incident. It is one of the means which The Law uses to bring us at last to the true light. The wheel of rebirths is turned over and over again by us in obedience to this law, so that we may at last come to place our entire reliance upon Karma. Nor is our environment Karma itself, for Karma is the subtle power which works in that environment.

There is nothing but the SELF--using the word as Max Müller does to designate the Supreme Soul and its environment...So that there is only this Self and the various sheaths by which it is clothed, beginning with the most intangible and coming down to the body, while outside of that and common to all is what is commonly known as environment, whereas the word should be held to include all that is not The Self.

How unphilosophical therefore it is to quarrel with our surroundings, and to desire to escape them? We only escape one kind to immediately fall into another. And even did we come into the society of the wisest devotees we would still carry the environment of the Self in our own bodies, which will always be our enemy so long as we do not know what it is in all its smallest details. Coming down then to the particular person, it is plain that that part of the environment which consists in the circumstances of life and personal surroundings is only an incident, and that the real environment to be understood and cared about is that in which Karma itself inheres in us.

Thus we see that it is a mistake to say as we often hear it said--"If he only had a fair chance; if his surroundings were more favorable he would do better," since he really could not be in any other circumstances at that time, for if he were it would not be he but some one else. It must be necessary for him to pass through those identical trials and disadvantages to perfect the Self; and it is only because we see but an infinitesimal part of the long series that any apparent confusion or difficulty arises. So our strife will be, not to escape from anything, but to realize that these Kosams, or sheaths, are an integral portion of ourselves, which we must fully understand before we can change the abhorred surroundings. This is done by acknowledging the unity of spirit, by knowing that everything, good and bad alike, is the Supreme. We then come into harmony with the Supreme Soul, with the whole universe, and no environment is detrimental.

The very first step is to rise from considering the mere outside delusive environment, knowing it to be the result of past lives, the fruition of Karma done, and say with Uddalaka in speaking to his son:
"All this Universe has the Deity for its life. That Deity is the Truth. He is the Universal soul. He Thou art, O Svetaketu!"*