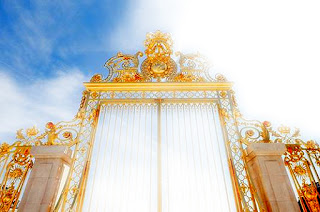 Part 2 offers some advice using practical analogies of normal life and gives some insights on the use of the will:


”There is no doubt that a man must educate himself to perceive that which is beyond matter, just as he must educate himself to perceive that which is in matter. Every one knows that the early life of a child is one long process of adjustment, of learning to understand the use of the senses with regard to their special provinces, and of practice in the exercise of difficult, complex, yet imperfect organs entirely in reference to the perception of the world of matter. The child is in earnest and works on without hesitation if he means to live. Some infants born into the light of earth shrink from it, and refuse to attack the immense task which is before them, and which must be accomplished in order to make life in matter possible.”


”That the initial effort is a heavy one is evident, and it is clearly a question of strength, as well as of willing activity. But there is no way of acquiring this strength, or of using it when acquired, except by the exercise of the will. It is vain to expect to be born into great possessions.
In the kingdom of life there is no heredity except from the man’s own past. He has to accumulate that which is his. This is evident to any observer of life who uses his eyes without blinding them by prejudice; and even when prejudice is present, it is impossible for a man of sense not to perceive the fact.”
Relevant passages from Light on the Path:
Thus with the disciple, he must first become a disciple before he can even see the paths to choose between. This effort of creating himself as a disciple, the re-birth, he must do for himself without any teacher. (Comments, 2)
This is, of course, a faculty which indwells in that soul, which is inherent. The would-be disciple has to arouse himself to the consciousness of it by a fierce and resolute and indomitable effort of will.(Comments, 2)
There’s quite a good entry for Will in  HPB’s Theosophical Glossary:
Will. In metaphysics and occult philosophy, Will is that which governs the manifested universes in eternity. Will is the one and sole principle of abstract eternal MOTION, or its ensouling essence. “ The will”, says Van Helmont, “is the first of all powers. . . . The will is the property of all spiritual beings and displays itself in them the more actively the more they are freed from matter.” And Paracelsus teaches that “determined will is the beginning of all magical operations. It is because men do not perfectly imagine and believe the result, that the (occult) arts are so uncertain, while they might he perfectly certain.” Like all the rest, the Will is septenary in its degrees of manifestation. Emanating from the one, eternal, abstract and purely quiescent Will (Âtmâ in Layam), it becomes Buddhi in its Alaya state, descends lower as Mahat (Manas), and runs down the ladder of degrees until the divine Eros becomes, in its lower, animal manifestation, erotic desire. Will as an eternal principle is neither spirit nor substance but everlasting ideation. As well expressed by Schopenhauer in his Parerga, “ in sober reality there is neither matter nor spirit. The tendency to gravitation in a stone is as unexplainable as thought in the human brain. . . If matter can—no one knows why——fall to the ground, then it can also—no one knows why—-think. . . . As soon, even in mechanics, as we trespass beyond the purely mathematical, as soon as we reach the inscrutable adhesion, gravitation, and so on, we are faced by phenomena which are to our senses as mysterious as the WILL.”