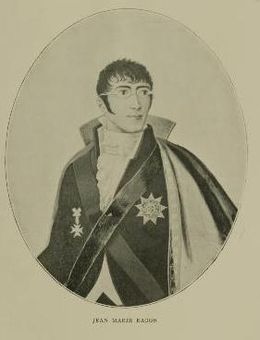 Blavatsky had great respect for the legendary founder of the Lodge of Trinosophists and his erudite works are remarkably close in spirit to the later Theosophical movement. (See for example, Isis Unveiled 2, chapter 8) Could there be a mysterious connection between the two? This remains a mystery, as is his trip to the United States in the early 1850s. There has happily been an English translation of La Messe et ses Mystères recently, a first. This text from the fine introduction to Cours philosophique et interprétatif des initiations anciennes et modernes, 1841.


It is said that a building is ready to crumble when you can see its foundations. In that regard, masonry is imperishable; because for a long time it has been agreed and repeated that its origin is lost in the dawn of time. Its temple has time for duration and the universe for space. An instrument of civilisation, that dates from the first civilised people, Masonry proceeds with art, its means are sure, its term remains unknown until one has arrived at it. It has as a basis the gratitude towards the first Being and the study of nature; as appeal and as a veil,  mystery; as a key, allegory; as a bond, morality; as a goal, the perfection and happiness of humankind; and as result, good actions.


Working towards the emancipation of human intelligence, and wanting to escape the shadowy suspicions of civil authority and sacerdotal intolerance of all ages, it has had to surround itself in mystery, precautions and often pointless ceremonies. Always campaigning to break down the obstacles that are opposed to the progress of enlightenment, it has not always had the leisure to build, because of the silence and precautions that have accompanied its march through the centuries; perhaps now we are arriving at a period where its theories will in part be realized. Villains have said, divide and conquer, the first masons said unite to resist; and, under the allegory of the immaterial temple erected to the Great Architect of the Universe by the wise of all climates, and which columns, symbols of strength and wisdom, are everywhere crowned with the pomegranates of friendship.


Masonry is comprised of the elite of generous and beneficient people  from every nation, taken from all social classes. Ignoring distinctions of pre-eminence, it only recognizes those that shine through talents and the virtue of perseverance in a common work is the condition of its existence. A body does not exist without a soul, a society without a fundamental principle of association, and so masonry presents by its affiliations a universal hierarchy based on fraternity, liberty, and equality. The words liberty, equality used by our lodges have a meaning that is foreign to politics, and are purely moral. The liberty of the masons is the reasoned obedience which is opposed to passive obedience, which is slavery.Without equality, masonry falls into inertia; but it is not that monstrous equality, daughter of anarchy, that only brings destructive licence. The regeneration of primitive equality, approved by reason and demanded by social ties, is one of the fundamental principles of its institution, its indestructible principle.


Moreover, masonry never gets involved in questions of government or civil and religious legislation and, while guiding its members towards the perfection of all the sciences, it positively excludes, in its lodges, two, although the most beautiful, politics and theology, because those two sciences divided people and cultures which Masonry constantly strives to unite. Amongst the social confederations and in the shadow of political governments, it founded a confederation of people that established a universal government, always even and peaceful, and which was maintained without coercive laws. It captivates the spirit and the heart by gentleness and the wisdom of its maxims, which are based in the love of humanity. Admitting any virtuous individual to share its benefits, and drawing its members from all nations, friend or enemy, it makes its empire universal.


The rich learn the generous aversion to gold; the military, that they are more fit for loving and protecting people than for destroying them; the politicians, that customs, opinions, and patriotism, and not armies, are the force of States; but that there is no bond without trust, and no trust without just, impartial, and irrevocable laws for all; despots and those inclined to despotism, that the equal to the equal cannot be master of their equal, and those who are obliged to enforce laws are themselves under those laws; citizens, that they must be left to their own devices, to their own merit so that everyone, on their own, can become what they can be. Masons, that they are, in Masonry and in the world, but students of the law; that they cannot nor must they change it; they need only desire it clear and formal, so that it will never need commentary or interpretation, and finally the high initiates, that they must derive from Masonic morality that same advantage that Aristotle was said to have derived from philosophy, and made him do, without being ordered, what others do only through fear of the laws.


Masonry is not a religion. Those who make it a religious belief falsify and distort it. The Brahman, the Jew, the Muslim, the Christian, the Protestant, that have their religion sanctioned by the laws, the times, and the climates must conserve it, and their cannot be two religions because the social and sacred laws appropriate for the needs, customs and prejudices of whatever country, are human products. Masonry, whose inspirations are of high import, is the summary of divine and human wisdom, that is, of all the perfections that can bring people the closest to Divinity.


It is a universal morality that fits all inhabitants of all climates, people of all cults. Like them, it does not receive the law, it gives it, because its morality, one and unchageing, is more extensive and more universal than those of local religions, always exclusive, because it classifies individuals as pagans, idolaters, sectarian schismatics, infidels while Masonry only sees, in all those religionaries but people, brothers and sisters to which it opens its temple to free them from the prejudices of their countries, of the mistakes of the religions of their ancestors, by bringing them to love and help one another: because Masons deplore and flee error, but neither hate nor persecute it. (p. 37)
Posted by Mark Casady at 14:26