Through the Gates of Gold, Chapter 1, The Search for Pleasure, part 7 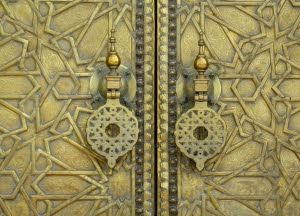 We have arrived at the concluding part of Chapter 1, The Search for Pleasure, which is a long one because besides discussing the concept of pleasure, there is also a general exhortation to consider the path leading to the Gates of Gold. There is an alchemical style adopted here, with references to the search for immortality via the elixir of life and the making of gold.
The dangers of pursuing sensual pleasures are explained, which is akin to developing an addiction:
When a man drinks his first cup of pleasure his soul is filled with the unutterable joy that comes with a first, a fresh sensation. The drop of poison that he puts into the second cup, and which, if he persists in that folly, has to become doubled and trebled till at last the whole cup is poison, — that is the ignorant desire for repetition and intensification; this evidently means death, according to all analogy. The child becomes the man; he cannot retain his childhood and repeat and intensify the pleasures of childhood except by paying the inevitable price and becoming an idiot. The plant strikes its roots into the ground and throws up green leaves; then it blossoms and bears fruit. That plant which will only make roots or leaves, pausing persistently in its development, is regarded by the gardener as a thing which is useless and must be cast out.

He outlines a path of deeper pleasure, which is the path of the elixir of life:
”The man who chooses the way of effort, and refuses to allow the sleep of indolence to dull his soul, finds in his pleasures a new and finer joy each time he tastes them, — a something subtile and remote which removes them more and more from the state in which mere sensuousness is all; this subtile essence is that elixir of life which makes man immortal. He who tastes it and who will not drink unless it is in the cup finds life enlarge and the world grow great before his eager eyes.”

One can uses the senses, but in a more spiritualized perspective:
He recognizes the soul within the woman he loves, and passion becomes peace; he sees within his thought the finer qualities of spiritual truth, which is beyond the action of our mental machinery, and then instead of entering on the treadmill of intellectualisms he rests on the broad back of the eagle of intuition and soars into the fine air where the great poets found their insight; he sees within his own power of sensation, of pleasure in fresh air and sunshine, in food and wine, in motion and rest, the possibilities of the subtile man, the thing which dies not either with the body or the brain. The pleasures of art, of music, of light and loveliness, — within these forms, which men repeat till they find only the forms, he sees the glory of the Gates of Gold, and passes through to find the new life beyond which intoxicates and strengthens, as the keen mountain air intoxicates and strengthens, by its very vigor.

It leads to immortality:
But if he has been pouring, drop by drop, more and more of the elixir of life into his cup, he is strong enough to breathe this intense air and to live upon it. Then if he die or if he live in physical form, alike he goes on and finds new and finer joys, more perfect and satisfying experiences, with every breath he draws in and gives out.

Relevant Passages from Light on the Path:
To obtain the pure silence necessary for the disciple, the heart and emotions, the brain and its intellectualisms, have to be put aside. Both are but mechanisms, which will perish with the span of man's life. It is the essence beyond, that which is the motive power, and makes man live, that is now compelled to rouse itself and act. Now is the greatest hour of danger. In the first trial men go mad with fear; of this first trial Bulwer Lytton wrote. No novelist has followed to the second trial, though some of the poets have. Its subtlety and great danger lies in the fact that in the measure of a man's strength is the measure of his chance of passing beyond it or coping with it at all. If he has power enough to awaken that unaccustomed part of himself, the supreme essence, then has he power to lift the gates of gold, then is he the true alchemist, in possession of the elixir of life. (Comments, 2)

There are four proven and certain truths with regard to the entrance to occultism. The Gates of Gold bar that threshold; yet there are some who pass those gates and discover the sublime and illimitable beyond. In the far spaces of Time all will pass those gates. But I am one who wish that Time, the great deluder, were not so over-masterful. To those who know and love him I have no word to say; but to the others — and there are not so very few as some may fancy — to whom the passage of Time is as the stroke of a sledge-hammer, and the sense of Space like the bars of an iron cage, I will translate and re-translate until they understand fully. (Comments, 1)

Here’s a link to a related text, using the same alchemical themes, The Elixir of Life by Godolphin Mitford, which appeared around the same time as Light on the Path: