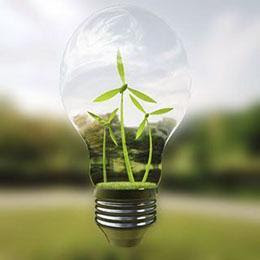 
After the major social upheavals that the Jupiter, Saturn, Pluto conjunctions of 2020 brought with the Covid-19  epidemic, this intensity spilled over into the first quarter of 2021, marked in the United States on January 6th with violent pubic demonstrations at the senate buildings in the nation’s capital and in Myanmar where the army overturned the government, resulting in major public protests. One of the year's major aspects, Jupiter square Uranus, went exact not long after, on January 17. According to the Valerie Mesa:

‘’Jupiter in Aquarius is encouraging the collective to cultivate social awareness, and aspire towards change. The concept of humanitarianism and progress are of crucial importance during this time. Its square to disruptive Uranus, however, could trigger everything from an overarching enthusiasm around the thought of revolution to global anarchy. There could also be an excessive impulse and/or sense of idealism surrounding rebellion, but it isn’t necessarily realistic either.’’

A month later, on February 17, the other major aspect of the year, Saturn square Uranus occurred (the first of three exact stations, the others on June 14 and December 24). According to Narayana Montufar:

"While traditional Saturn likes to build and preserve, Uranus likes to change and destroy. This aspect is basically the old versus the new, a clash between rebellion and tradition. When Saturn (which is in Aquarius right now) and Uranus (in Taurus) form a square, we often see cracks appear in the foundations of society. The problems with our political, financial, and social institutions become exposed, and then they crumble… so we can rebuild them based on the concepts of freedom, inclusivity, and individuality,"

The nature of these aspects can be seen to make for a year that will be a consolidation process of the year’s previous upheavals (actually part of deconstruction/revolution process over the last five years), a final year of checks and adjustments to prepare for the new twenty-year Jupiter-Saturn cycle. This is the first Spring equinox of this new cycle, so there is an extra impetus for considerations of renewal and renovation. What needs to be let go, what needs to change, what new projects need to be undertaken, these are some of the key considerations at this time.

This new Jupiter-Saturn cycle marks a definitive shift from earth signs to air signs, which will last until 2159. The previous Jupiter-Saturn cycles were in earth signs since 1802. Once can interpret this as the age of oil and carbon fuels, whereas the next cycle in air signs can mark a new era of alternate energies, along with satellite and computer technologies that have developed over the last 40 years. In the following years, four outer planets will be changing signs over a four-year period, 2023-2026, and so by 2026, we should be witnessing an interesting paradigm shift.

Moreover, the eclipses of 2021 will be in the signs of Gemini and Sagittarius. The first two of four occur on May 26 and June 10. This axis represents knowledge and consciousness, the power of ideas, how they spread, and to whom they belong; both signs are related to education and travel.  This axis should be quite complementary to Jupiter (ruler of Sagittarius) in Aquarius (an air sign, like Gemini).

This is the first chart in a long time without any major highly-charged aspect patterns, just seven fairly tight, interspersed aspects: 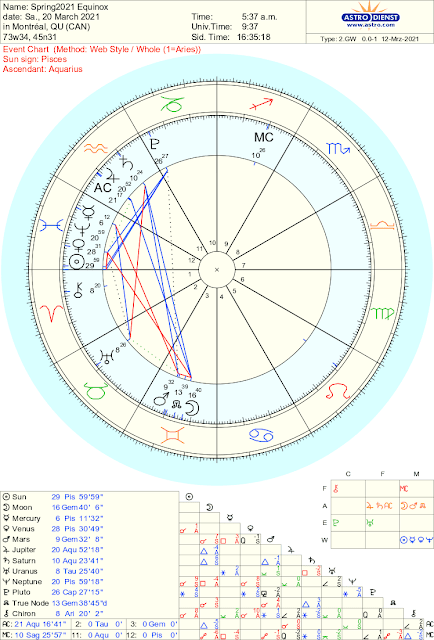 This chart, which sets the tone for the spring quarter, has a productive, positive, progressive, creative, insightful, sociable energy, with some impulsive, irritable influences that add to the tensions, frustrations and obstacles of the difficult Saturn-Uranus square.

Valerie Mesa  - The Jupiter-Uranus Square Sets Us up for a Year of Rebellion and Even More Surprises https://www.astrology.com/article/jupiter-aquarius-square-uranus-taurus-2021/

Elizabeth Gulino - Why Astrologers Are Calling The Saturn-Uranus Square The Defining Aspect Of 2021 https://www.refinery29.com/en-ca/2021/02/10316162/saturn-square-uranus-february-2021-meaning-effects