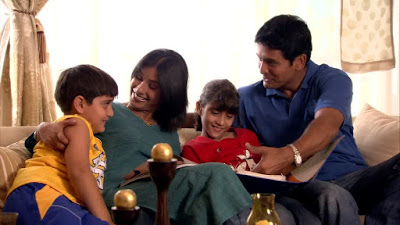 In the absence of any well-defined theosophic creed or dogma, theosophic principles in the form of generalisations only having been given out, there has been no end of misapprehension and. misapplication of these principles. The resulting errors have been charged to theosophy and odium has not infrequently attached to the very name. It would be very easy to show that such must necessarily have been the result from the very nature of the case and that all these misapprehensions are the fault of individuals alone. Individuals differ widely both intrinsically and extrinsically, and a specific statement that would apply exactly to one individual case might not fit another in a million.
It has been repeatedly stated that the only theosophic schoolmaster is man’s own higher nature, that his intelligence and consciousness, illumined by conscience, must enable him to feel his way, what a recent writer in The Theosophist says about the desirability of a teacher or Master, is doubtless true, and the desire for this has been the one cry which has come up from thousands of seekers all over the land, but, alas ! the cry has been in Vain, and we have witnessed the result in the flocking to other societies which promised just these teachers or teachings. The Theosophical Society has beaten the cover, while others have bagged the game. This would be of no consequence whatever if the best results for these seeking souls were thereby attained, but when delusion and ceremonial magic are the inevitable results, we may not altogether shirk the responsibility of thus arousing the spirit of enquiry. The last state of such seekers is worse than the first.
The time is at hand when our would-be leaders must come down from the clouds, for every professed theosophist will be held to strict account. True, an all-sufficient body of the doctrine has been set forth, and if one but catches the spirit of the movement, he may easily gain a clue to the labyrinth that will in no case lead him astray into pitfalls and dangers. The real ethics of theosophy apply to man, not man in India or Europe, or America alone, but to man everywhere, and at all times, and under every condition, and here is just the reason why more specific instructions cannot be given. The doctrine per se, is set forth, the application, must be made by the individual, and if the doctrine be not capable of such varied application, it cannot be universally true.
A large part of what has been written applies to those favoured individuals who have means for leisure, and opportunity to devote to work either personal or otherwise, who “untrammelled” by wife or children or worldly obligations, feel free to make theosophy the business of their lives. It has thus happened that others not thus free to choose, and feeling the sting of injustice, born it is true of selfishness, and fortified by the aforesaid more fortunate examples, have made the fatal mistake of seeking to ignore or get rid of their obligations rather than to discharge them, imagining that thereafter they would find an “open sesame” to the temple of the gods. I said, a large part of what has been written, but this refers less to the text than the commentary, less to the doctrines originally given out, than to the applications and annotations.

Let it be clearly shown that theosophy has a practical application to the family, to the home circle, to husband and wife, to every and every-day relation in life and its following will be increased tenfold. Let it be clearly shown that no husband can progress in, or even enter the Path by ignoring or deserting his wife and children, but on the contrary, that they may and ought to be his companions at every step, and that nothing so unifies a household, as one genuine theosophic life therein, and theosophy will begin to be understood, and as it is understood it will be espoused and exemplified. It was undoubtedly necessary in the present low spiritual condition of the world, to point out the transcendent heights attainable by the soul who wills and dares. Nothing else would arouse the sleeping God within us, but when it was added, that not one in a million could reach this height, it was human nature to try, or else to deny its possibility. This explains the growing tendency to deny the existence of the Masters, and as this denial is supposed to take all authority from the Theosophical Society’s movement, progress in many places is in abeyance. The idea of Truth is the only authority, and the coherence of truths as evidence thereof, unfortunately has not yet taken possession of the body theosophic, though this one principle was nailed to the mast at the publication of the first number of The Theosophist and floats there still. 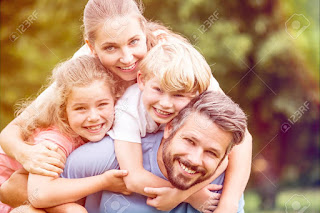 It is possible that one may starve his body into submission, and become clairvoyant by gazing at a spot on the wall, and by fleeing to the desert avoid temptation, and if he can avoid insanity and imbecility, gather vibrations by the out-breathed word, but place within his reach a half-clothed voluptuous woman, and he will doubtless learn more of ‘’magic” in an hour than the wilderness has taught him in forty years, and his role will be that of slave, rather than master, for in the hour of triumph he "shall surely die.” “ Elephants and cows eat grass,” and hundreds of men and women are continent from apathy, or lack of opportunity. A real adept is one, it is said, whom every woman desires, yet none possess, and on the higher plane men are as women, and women as men. Our ancient brothers called the process by which this higher plane is reached, “ Alchemy,” or the “ Great Work,” converting the baser metals into gold. He who is incapable of lust, is incapable of power, yet he who mistakes lust for love is a beast. He who converts lust into love, is thus far an adept, for he knows the elixir of life.
The man or the woman who is the centre of home and children, need not envy the recluse, for any real progress of which he or she is intrinsically capable is open now and here, as well, nay often better than there. These are the natural and necessary conditions, else they had not been. Imagine an “ adept” sighing for other conditions with which he might exercise his power!
He is an adept, who seizes on the commonest things nearest at hand, and transforms them into beauty and blessing. The world is his, and he is helped infinitely if he can make the centre of that world a happy home. Here let him will, and do, and dare, let him learn patience, self-control, unselfishness, and above all the power of love. As he conquers himself, he shall learn to know himself.
The voices of wife and child when he goes out into the world, shall make his own voice seem a symphony, and sorrow and pain shall flee at his approach.

There is true magic in happiness, when based on intelligent knowledge, and unselfish endeavour. He who despises this magic, is capable of no other. He who triumphs here, is capable of all. One by one the veils are lifted, and the faithful disciple reads in the hall of truth the lessons of wisdom. He walks with no uncertain step. That which he needs comes at the appointed time, though he pauses not for its coming. He may hear no voice of Master till he utters no plaint of slave, yet he knows in whom he has trusted and he cannot be put to shame. He is the true clairaudient who listens to and obeys the voice of God in his own soul. He is the true seer who walks by the light of an enlightened consciousness—the highest intuition. (Harij (J. D. Buck). The Theosophist, Vol. 8, No. 93, June, 1887, pp. 533-35)
Posted by Mark Casady at 13:15