William Q. Judge on Universal Brother/sisterhood and the Astral Plane

From William Q. Judge, Echoes from the Orient : A Broad Outline of Theosophical Doctrines. Published as a booklet in 1890, it is a collection of 21 articles appearing in a new independent weekly newspaper, Kate Field's (1838-1896) Washington, which ran from 1890-95. The pieces have a casual, anecdotal flavour and have to stand as one of the most esoteric presentations of Theosophy in a mainstream platform. This chapter deals with the interesting relation between universal brother/sisterhood and the astral plane, but manages to discuss various other points.
The first Echo from the burnished and mysterious East which reverberated from these pages sounded the note of Universal Brotherhood. Among the men of this day such an idea is generally accepted as vague and utopian, but one which it will do no harm to subscribe to; they therefore quickly assent, and as quickly nullify the profession by action in the opposite direction. For the civilization of today, and especially of the United States, is an attempt to accentuate and glorify the individual. The oft-repeated declaration that any born citizen may aspire to occupy the highest office in the gift of the nation is proof of this, and the Mahatmas who guard the truth through the ages while nations are decaying, assert that the reaction is sure to come in a relapse into the worst forms of anarchy.
The only way to prevent such a relapse is for men to really practice the Universal Brotherhood they are willing to accept with the tongue.
These exalted beings further say that all men are — as a scientific and dynamic fact — united, whether they admit it or not; and that each nation suffers, on the moral as well as the physical plane, from the faults of all other nations, and receives benefit from the others also even against its will. This is due to the existence of an imponderable, tenuous medium which interpenetrates the entire globe, and in which all the acts and thoughts of every man are felt and impressed, to be afterward reflected again. Hence, say the Adepts, the thoughts or the doctrines and beliefs of men are of the higher importance, because those that prevail among people of a low character are just as much and as easily reflected upon the earth as are the thoughts and beliefs of persons occupying a higher plane of culture.
This is a most important tenet, if true; for, with the aid of the discoveries just now admitted by science respecting hypnotism, we are at once able to see that an enormous hypnotizing machine is about. As this tenuous medium — called by the men of the East "Akasa," and by the medieval philosophers the "Astral Light" — is entirely beyond our control, we are at the mercy of the pictures made in it and reflected upon us.
If to this we add the wonderfully interesting doctrine of Reincarnation, remembering also that the images made in the Astral Light persist for centuries, it is at once seen that upon returning again to earth-life we are affected for good or evil by the conduct, the doctrine and the aspirations of preceding nations and men. Returning here now, for instance, we are moved, without our knowledge, by the impressions made in the Astral Light at the time when the Indians, the Spaniards, and the harsh Puritans lived upon the earth. The words of the immortal Shakespeare -
The evil that men do lives after them;
The good is oft interred with their bones, (Julius Caesar, 3, 2, 80)
receive a striking exemplification under this doctrine. For, as the evil thoughts and deeds are the more material and therefore more firmly impacted into the Astral Light, while the good, being spiritual, easily fade out, we are in effect at the mercy of the evil done. And the Adepts assert that Shakespeare was, unconsciously to himself, inspired by one of their own number. I shall refer again to this branch of the subject. 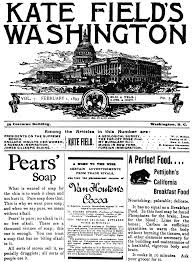 The scheme of evolution put forth by these beings and their disciples is so broad, deep and far-reaching as to stagger the ordinary mind. It takes in with ease periods of years running up into trillions and quadrillions. It claims that man has been on earth for millions of years more than science yet is willing to admit. It is not bound by the narrow scheme of biblical chronologists, nor startled by the magnificent age of civilizations which disappeared long ago. The keepers of this doctrine say that they and their predecessors lived in those older times, and have preserved not only the memory of them, but also complete records. These records, moreover, are not merely on perishable paper and palm leaf, but on imperishable stone. They point to such remains as the statues twenty-seven feet high found on Easter Island; to rows of gigantic statues in Asia, that by their varying heights show the gradual diminution of human stature, which kept pace with other degenerations; and, to crown all, they say that they possess today in the East the immense and well guarded collections of records of all sorts. Not only are these records said to relate to the physical history of man, but also to his astral and spiritual evolution.
Before closing this paper, I can only indicate one of their basic doctrines in the scheme of evolution. That is, that the evolution of the inner, astral form of man came first in order, and continued for an immense number of years before his physical structure was built up around it. This, with other portions of the doctrine, is vital and will aid much in an understanding of the complex questions presented to us by the history of the human race, both that which is known and that which is still resting on conjecture.
Posted by Mark Casady at 14:35