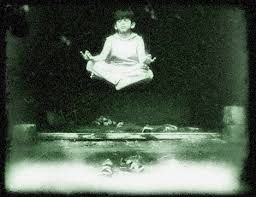 In The Theosophical Glossary, we have: "Siddhis (Sk.). Lit., “attributes of perfection”; phenomenal powers acquired through holiness by Yogis".

The passage below is from a series of three articles beginning with the very first issue of The Theosophist (October 1879), entitled Yoga-Vidya and was later reprinted in the first two Theosophical editions of Patajanli, The Yoga Philosophy: Being the Text of Patanjali, Tookaram Tatya(1885) https://archive.org/details/yogaphilosophyb00tatygoog :

‘’The student of Yoga will observe a great difference in Siddhis (‘Superhuman faculties,' this is rendered; but not correctly, unless we agree that ' human' shall only mean that which pertains to physical man. 'Psychic faculties' would convey the idea much better : man can do nothing superhuman) that are said to be attainable by Yoga. There is one group which exacts a high training, of the spiritual powers ; and another group which concerns the lower and coarser psychic and mental energies. In the Shrimad Baghavata, Krishna says : " He who is engaged in the performance of Yoga, who has subdued his senses, and who has concentrated his mind in me (Krishna)such Yogis  [all] the Siddhis stand ready to serve.’’

Then Uddhava asks : "Oh, Achyuta (Infallible One) since' thou art the bestower of [all] the Siddhis on the Yogis, pray tell me by what dharana* and how, is a Siddhi attained and how many Siddhis there are. Bhaghavan replies : "Those who have transcended the dharana and yog» say that there are eighteen Siddhis, eight of which contemplate me as the chief object of attainment (or are attainable through me), and the [remaining] ten are derivable from the gunas;" — the commentator explains — from the preponderance of satva guna. These eight superior Siddhis are : Anima, Mahima, Laghima [of the body], Prapti (attainment by the senses), Prakashya,  Ishita, Vashita and an eighth which enables one to attain his every wish.* These," said Krishna, " are my Siddhis." [1]

The Siddhis of Krishna may be thus defined:
1. Anima — the power to atomize " the body;’’to make it become smallest of the smallest.

2. Mahima,  — the power to magnify one's body to any dimensions,.

3. Laghima — the power to become lightest of the lightest.

Let the reader observe that here are two Siddhis (anima and mahima); which can only refer to conditions of the astral body, and a third which may be applicable to either the astral or physical body of the ascetic.

*Dharana – The intense and perfect concentration of the mind upon one interior object; - accompanied by complete abstraction from things of the external world.’’

From Buddhaghosa’s Visuddhimagga (XII, XIII), there is the following (known as the six Abhijnā):
1) iddhi (comprising all kinds of marvelous powers, but being characteristic of a lower type of magic);
a.       Having been one he becomes many; having been many he becomes one.
b.      He appears. He vanishes.
c.       He goes unimpeded through walls, ramparts, & mountains as if through space.
d.      He dives in and out of the earth as if it were water.
e.       He walks on water without sinking as if it were dry land.
f.       Sitting crosslegged he flies through the air like a winged bird.
g.      With his hand he touches & strokes even the sun & moon, so mighty & powerful.
h.      He exercises influence with his body even as far as the Brahma worlds.
2) “divine hearing” (= “deva-hearing”), clairaudience, hearing human and divine voices from a distance (and understanding their meaning);
3) perception of the thoughts of others;
4) remembering past lives;
5) “divine sight or eye” (= the deva-sight), clairvoyance, which knows the cycles of rebirth of all beings according to the rules of Karma;
6) realizing the state of liberation by means of the extinction of the vagaries caused by desire and ignorance.

The texts cited above generally agree that these powers should not be actively pursued for their own sake and warn of the inherent dangers:
Those supernormal powers are obstacles or hindrances (upasargāḥ) in Samādhi, but accomplishments (siddhayaḥ) in Vyutthāna --i.e. the ordinary state of consciousness in which the mind fluctuates (Patanjali Yoga Sutras 3, 37)
In this path he is not hindered by the ritualistic rules nor is he attracted by the great Siddhis. This quality of mind, which goes towards God automatically, is called spiritual vigour. (Dnyaneshwari; 16:190)
According to Lalla Buttun Chund: ‘’Siddhis, i.e. psychic powers, which are certain to attend more or less every Yogi, should never be moving cause to induce one to pursue this science; for desires other than that one of realizing OM in the soul, are to be abandoned at the onset (Hints to the Student of Yoga Vidya, The Theosophist, November 1879, 46); and as Blavatsky writes: "Arcane knowledge if misapplied, is sorcery; beneficently used, it is true magic or WISDOM" (Isis Unveiled, Vol. ΙΙ, 590). More specifically, ''Let him aspire to no higher than he feels able to accomplish. Let him not take a burden upon himself too heavy for him to carry. Without ever becoming a "Mahatma," a Buddha or a Great Saint, let him study the philosophy and the "Science of Soul," and he can become one of the modest benefactors of humanity, without any superhuman powers. Siddhis (or the Arhat powers) are only for those who are able to "lead the life," to comply with the terrible sacrifices required for such a training, and to comply with them to the very letter''(Occultism Versus the Occult Arts, C.W. IX, p. 249).
[1] The quote is from the Baghavata Purana (11,15).  For a modern translation see http://bhagavata.org/canto11/chapter15.html
Patanjali Yoga Sutras, Book 3 On Powers Vibhuti Pada
Posted by Mark Casady at 12:38