Through the Gates of Gold: Part 5: The Secret of Strength 3a 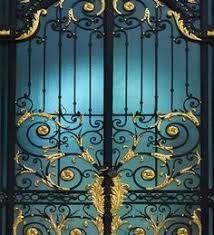 This final part of Through the Gates of Gold ends in a true crescendo, culminating in some very original and inspiring passages. It will be treated in two parts. The first part gives some hints on the astral life and introduces an explanation of the relation between the animal soul and the divine soul.


Before venturing into the astral world, one has to have solidly mastered the physical world:


The man who is strong, who has resolved to find the unknown path, takes with the utmost care every step. He utters no idle word, he does no unconsidered action, he neglects no duty or office however homely or however difficult. But while his eyes and hands and feet are thus fulfilling their tasks, new eyes and hands and feet are being born within him. For his passionate and unceasing desire is to go that way on which the subtile organs only can guide him. The physical world he has learned, and knows how to use; gradually his power is passing on, and he recognizes the psychic world. But he has to learn this world and know how to use it, and he dare not lose hold of the life he is familiar with till he has taken hold of that with which he is unfamiliar.


When he has acquired such power with his psychic organs as the infant has with its physical organs when it first opens its lungs, then is the hour for the great adventure. How little is needed — yet how much that is! The man does but need the psychic body to be formed in all parts, as is an infant's; he does but need the profound and unshakable conviction which impels the infant, that the new life is desirable. Once those conditions gained and he may let himself live in the new atmosphere and look up to the new sun. But then he must remember to check his new experience by the old. He is breathing still, though differently; he draws air into his lungs, and takes life from the sun.


The astral world is but a transition to the spiritual world. This passage can be compared to the three halls in The Voice of the Silence:


He has been born into the psychic world, and depends now on the psychic air and light. His goal is not here: this is but a subtile repetition of physical life; he has to pass through it according to similar laws. He must study, learn, grow, and conquer; never forgetting the while that his goal is that place where there is no air nor any sun or moon.


There is a macrocosmic-microcosmic homology in the inmost sanctuary of the temple of one’s pure divinity, the universe and all its wonders are to be found within:


All are cast aside at last, and he enters the great temple where any memory of self or sensation is left outside as the shoes are cast from the feet of the worshipper. That temple is the place of his own pure divinity, the central flame which, however obscured, has animated him through all these struggles. And having found this sublime home he is sure as the heavens themselves. He remains still, filled with all knowledge and power. The outer man, the adoring, the acting, the living personification, goes its own way hand in hand with Nature, and shows all the superb strength of the savage growth of the earth, lit by that instinct which contains knowledge. For in the inmost sanctuary, in the actual temple, the man has found the subtile essence of Nature herself. No longer can there be any difference between them or any half-measures.


After one has reached this inmost sanctuary, then a phase of selfless action and service truly begins:


And now comes the hour of action and power. In that inmost sanctuary all is to be found: God and his creatures, the fiends who prey on them, those among men who have been loved, those who have been hated. Difference between them exists no longer. Then the soul of man laughs in its strength and fearlessness, and goes forth into the world in which its actions are needed, and causes these actions to take place without apprehension, alarm, fear, regret, or joy.


Life among objects of sense must forever be an outer shape to the sublime soul, — it can only become powerful life, the life of accomplishment, when it is animated by the crowned and indifferent god that sits in the sanctuary.


The obtaining of this condition is so supremely desirable because from the moment it is entered there is no more trouble, no more anxiety, no more doubt or hesitation. As a great artist paints his picture fearlessly and never committing any error which causes him regret, so the man who has formed his inner self deals with his life.


The expression, it is always darkest before the dawn, is applicable to the moment of entrance into the Gates of Gold. This passage can be compared to Light on the Path (https://www.theosociety.org/pasadena/lightpat/lightpa1.htm#n21):


But that is when the condition is entered. That which we who look towards the mountains hunger to know is the mode of entrance and the way to the Gate. The Gate is that Gate of Gold barred by a heavy bar of iron. The way to the threshold of it turns a man giddy and sick. It seems no path, it seems to end perpetually, its way lies along hideous precipices, it loses itself in deep waters.


Once crossed and the way found it appears wonderful that the difficulty should have looked so great. For the path where it disappears does but turn abruptly, its line upon the precipice edge is wide enough for the feet, and across the deep waters that look so treacherous there is always a ford and a ferry. So it happens in all profound experiences of human nature. When the first grief tears the heart asunder it seems that the path has ended and a blank darkness taken the place of the sky. And yet by groping the soul passes on, and that difficult and seemingly hopeless turn in the road is passed.


The passage below comments on the poetic nature of exoteric religions compared to the esoteric path, which claims that the path never ends:


So with many another form of human torture. Sometimes throughout a long period or a whole lifetime the path of existence is perpetually checked by what seem like insurmountable obstacles. Grief, pain, suffering, the loss of all that is beloved or valued, rise up before the terrified soul and check it at every turn. Who places those obstacles there? The reason shrinks at the childish dramatic picture which the religionists place before it, — God permitting the Devil to torment His creatures for their ultimate good! When will that ultimate good be attained? The idea involved in this picture supposes an end, a goal. There is none. We can any one of us safely assent to that; for as far as human observation, reason, thought, intellect, or instinct can reach towards grasping the mystery of life, all data obtained show that the path is endless and that eternity cannot be blinked and converted by the idling soul into a million years.


The explanation below can be compared to the tripartite division of animal soul, human soul, spiritual soul:


In man, taken individually or as a whole, there clearly exists a double constitution. I am speaking roughly now, being well aware that the various schools of philosophy cut him up and subdivide him according to their several theories. What I mean is this: that two great tides of emotion sweep through his nature, two great forces guide his life; the one makes him an animal, and the other makes him a god.


The chilling, degrading effects of subjecting one’s godly power to one’s animal power, making it the slave to the senses:


No brute of the earth is so brutal as the man who subjects his godly power to his animal power. This is a matter of course, because the whole force of the double nature is then used in one direction. The animal pure and simple obeys his instincts only and desires no more than to gratify his love of pleasure; he pays but little regard to the existence of other beings except in so far as they offer him pleasure or pain; he knows nothing of the abstract love of cruelty or of any of those vicious tendencies of the human being which have in themselves their own gratification. Thus the man who becomes a beast has a million times the grasp of life over the natural beast, and that which in the pure animal is sufficiently innocent enjoyment, uninterrupted by an arbitrary moral standard, becomes in him vice, because it is gratified on principle. Moreover he turns all the divine powers of his being into this channel, and degrades his soul by making it the slave of his senses. The god, deformed and disguised, waits on the animal and feeds it.
Posted by Mark Casady at 09:33