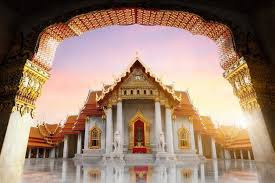 The first part deals with the transcendent, universal nature of the spiritual dimension, and the
paradoxical way in which one can encounter it, often when one least expects it:
But that there is no one pathway to it is immediately perceived from the fact that this soul must from its very nature be universal. The Gates of Gold do not admit to any special place; what they do is to open for egress from a special place. Man passes through them when he casts off his limitation. He may burst the shell that holds him in darkness, tear the veil that hides him from the eternal, at any point where it is easiest for him to do so; and most often this point will be where he least expects to find it.
It is observed how religion, philosophy and ascetic practices can lead to narrow-minded, dogmatic attitudes that can ultimately limit one’s progress:
Men go in search of escape with the help of their minds, and lay down arbitrary and limited laws as to how to attain the, to them, unattainable.”


It is hard to express what the nature of the spiritual world is without materializing it in some way; the following, I think succeeds in avoiding this pitfall:
“Spirit is not a gas created by matter, and we cannot create our future by forcibly using one material agent and leaving out the rest. Spirit is the great life on which matter rests, as does the rocky world on the free and fluid ether; whenever we can break our limitations we find ourselves on that marvelous shore where Wordsworth once saw the gleam of the gold. When we enter there all the present must disappear alike, — virtue and vice, thought and sense.”
The importance of having an inner fire that overcomes obstacles is stressed:
“The man who lifts the latch of the Golden Gate must do so with his own strong hand, must be absolutely positive. This we can see by analogy. In everything else in life, in every new step or development, it is necessary for a man to exercise his most dominant will in order to obtain it fully. Indeed in many cases, though he has every advantage and though he use his will to some extent, he will fail utterly of obtaining what he desires from lack of the final and unconquerable resolution. No education in the world will make a man an intellectual glory to his age, even if his powers are great; for unless he positively desires to seize the flower of perfection, he will be but a dry scholar, a dealer in words, a proficient in mechanical thought, and a mere wheel of memory. And the man who has this positive quality in him will rise in spite of adverse circumstances, will recognize and seize upon the tide of thought which is his natural food, and will stand as a giant at last in the place he willed to reach. We see this practically every day in all walks of life.”
The difficulty of developing a free, open, flexible mind while remaining focused and decisive is explained:
“Undoubtedly it is the hardest task we have yet seen set us in life, that which we are now talking of, — to free a man of all prejudice, of all crystallized thought or feeling, of all limitations, yet develop within him the positive will. It seems too much of a miracle; for in ordinary life positive will is always associated with crystallized ideas. But many things which have appeared to be too much of a miracle for accomplishment have yet been done, even in the narrow experience of life given to our present humanity. All the past shows us that difficulty is no excuse for dejection, much less for despair; else the world would have been without the many wonders of civilization.”
The analogy of the creative act to described the spiritual path is often used:
“Every inventor fastens his interest firmly on the unseen; and it entirely depends on the firmness of that attachment whether he is successful or whether he fails. The poet who looks on to his moment of creation as that for which he lives, sees that which is invisible and hears that which is soundless.”
Posted by Mark Casady at 09:17